The Great British Menu 2017 returns to BBC Two this spring to celebrate 140 incredible years of the Wimbledon Championships, the oldest and most prestigious grand slam tournament in the world. The chosen 24 of the nation’s top chefs will battle it out to serve at this year’s banquet, held Centre Court at the All England Lawn Tennis Club.
Josh Overington, Head Chef and Director of York’s renowned French style bistro Le Cochon Aveugle, will compete in the North East heats alongside Tommy Banks from The Black Swan at Oldstead, North Yorkshire and Danny Parker from House Of Tides, Newcastle Upon Tyne.
Josh has a wealth of experience, working in some of the best restaurants in Europe before opening Le Cochon Aveugle in York with partner Victoria. From the Michelin Starred Pipe and Glass in Beverely, three Michelin-starred The Waterside Inn in Bray, and training at Le Cordon Bleu in France. Le Cochon Aveugle has gone from strength to strength with rave reviews from some of the UK’s best critics. 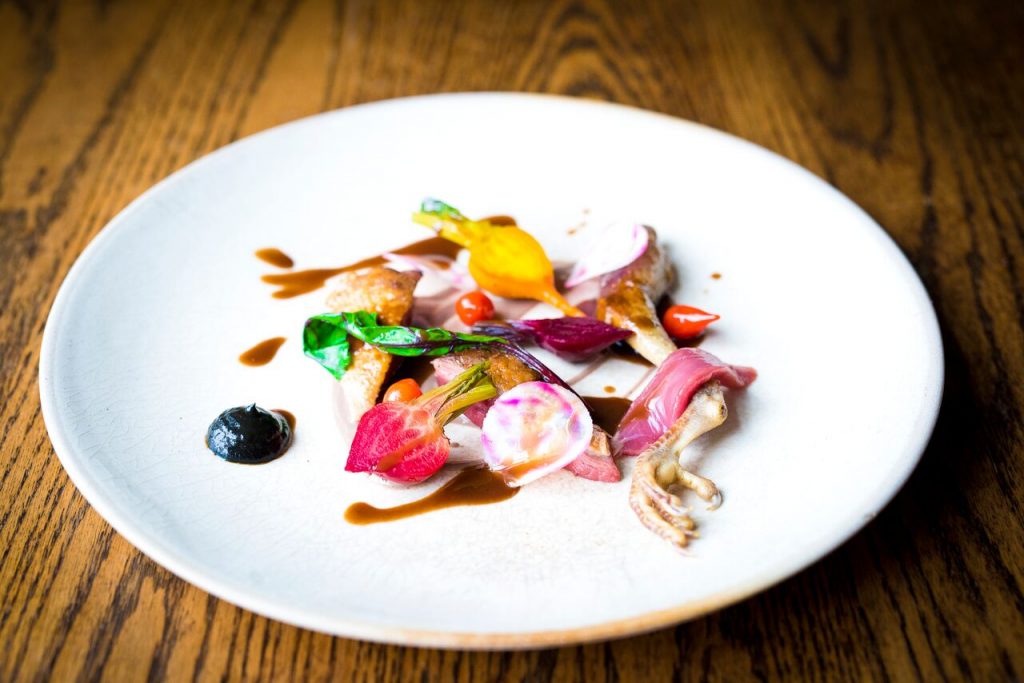 Broadcast in the run up to the Wimbledon Championships, only two chefs will make it through to the final banquet on the Friday before the start of this year’s tournament. We can’t wait to see Josh Overington in action when the Great British Menu 2017 returns to our screens this spring.
Find out more about Le Cochon Aveugle York.