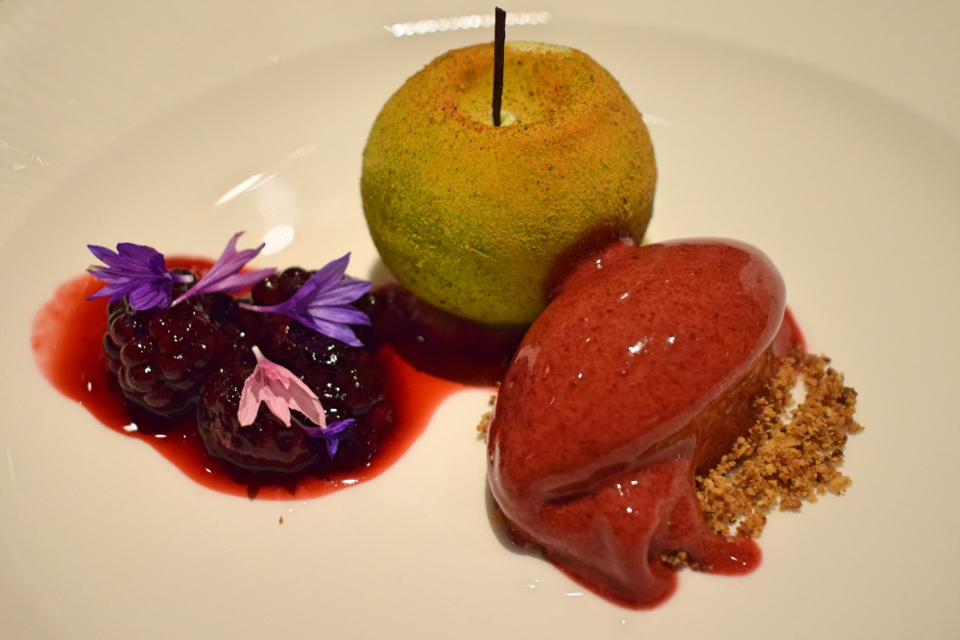 As The Star Inn The City revealed their Autumn/Winter event listings we couldn’t believe our luck when they announced the collaboration with one of the UK’s best Chefs, Nigel Haworth. Northcote has been on our radar for a good few years after seeing Nigel cooking on The Great British Menu so when the five-course menu with canapés was announced we booked our place ASAP!
It was great to attend The Star Inn The City on a chilly Halloween evening. The restaurant looked even more spectacular with the roaring log burner outside and soft lighting giving the restaurant a cosy intimate feel. We arrived early as the tickets had sold out well in advance so we knew the bar would be packed with hungry diners. 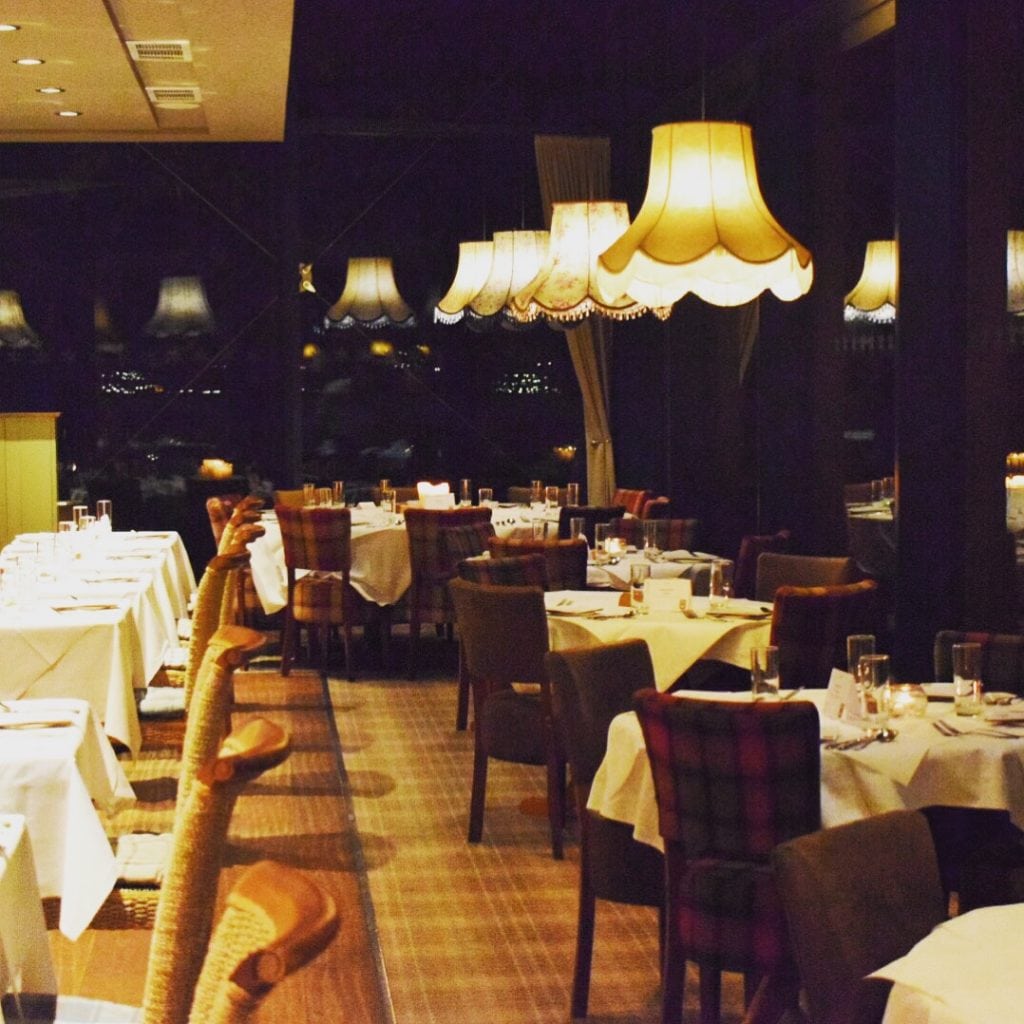 Before being seated Nigel and Andrew joined everyone in the bar where Nigel gave an introduction to the menu, the seasonal ingredients and also explained how some of the dishes on the menu had evolved over his career and time working abroad. This really gave the event a special feel to have Nigel and Andrew stepping out from the busy kitchen to join the guests before the evening commenced. Once seated we were presented with Yorkshire Canapés, crispy balls of arancini filled with air dried Yorkshire ham and local cheese, accompanied by a perfectly seasoned sausage roll. A great way to start the evening’s feast! 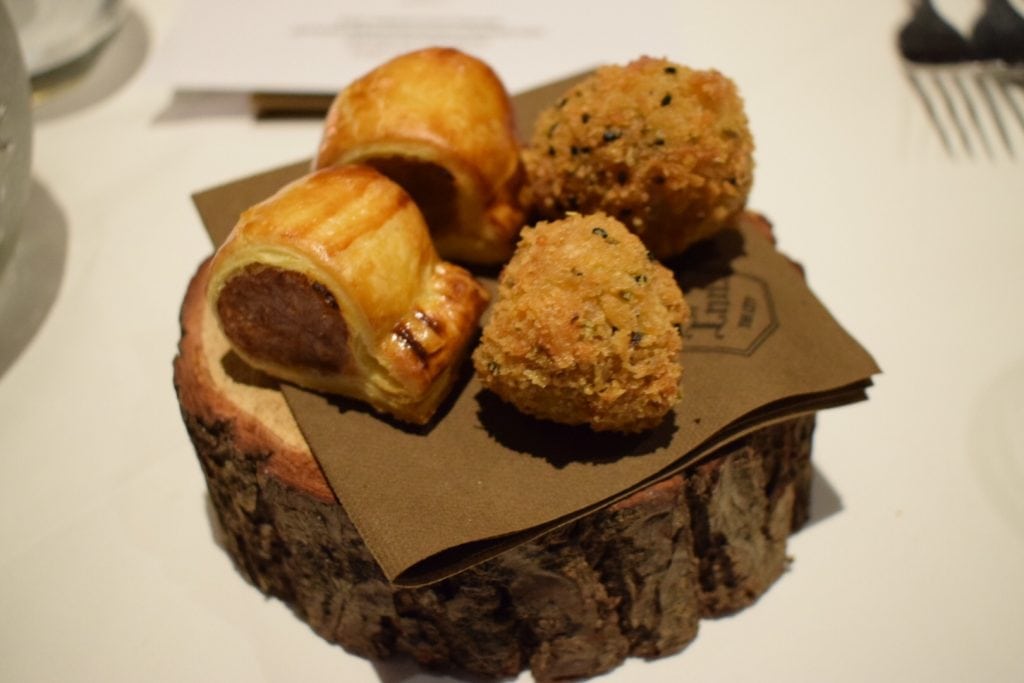 The first course to be served was ‘Goosnargh Chicken Liver Parfait, Grape Jelly and Sourdough Toast’. The parfait was like mouse with a light velvety texture, not too heavy on the palette, with grape jelly as the perfect accompaniment to cut through the richness of the liver. Garnished with chervil to give a mild aniseed flavour and another element to the dish. 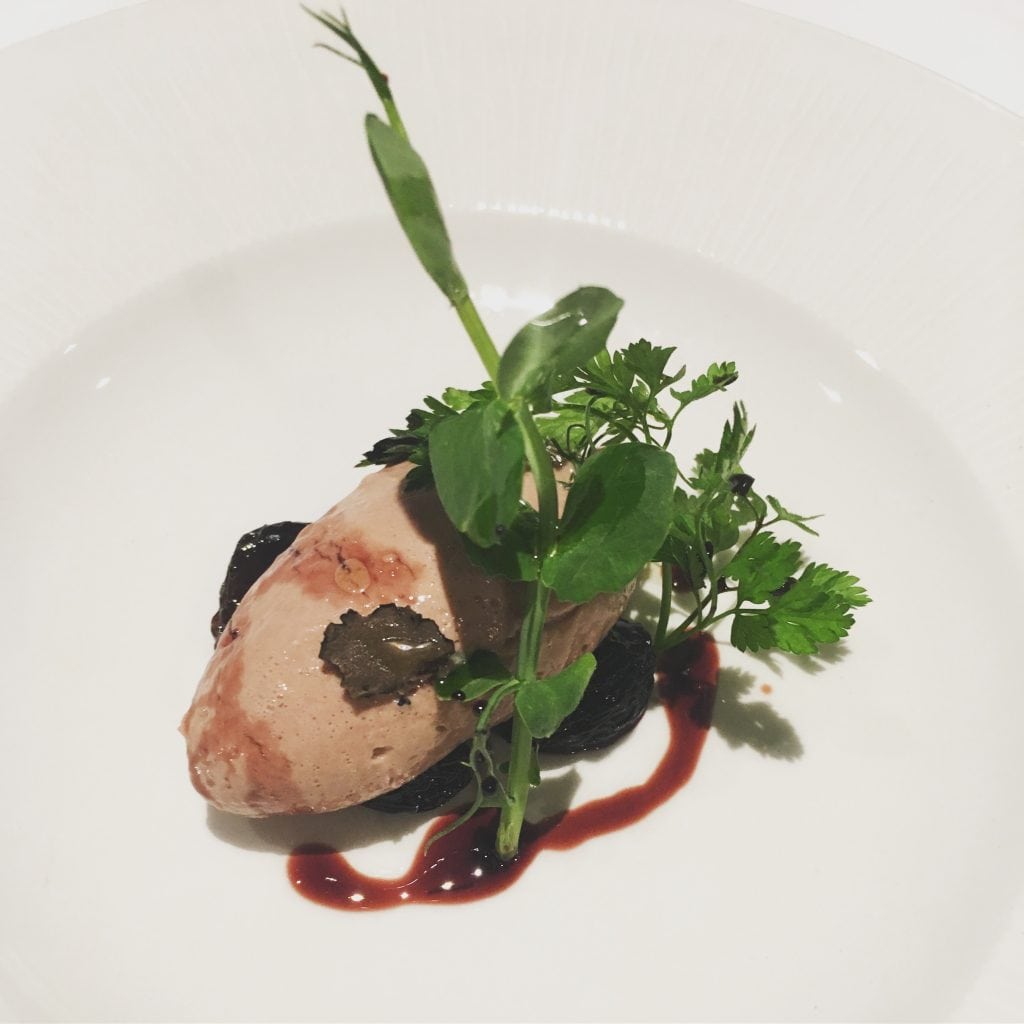 Next up, one of Nigel’s signature dishes inspired from his time working in Switzerland, ‘Treacle Cured Salmon, Seared West Coast Scallop, Pickled Ginger and Coriander’. A real treat of a dish, with the slight smoky sweet cure on the thick salmon slices, a huge seared king scallop perfectly cooked and served with ginger, coriander and soy to give the garnish a bit of an oriental twist. Each ingredient complimented the next effortlessly, we can see why this is a firm favourite on the Northcote menus. 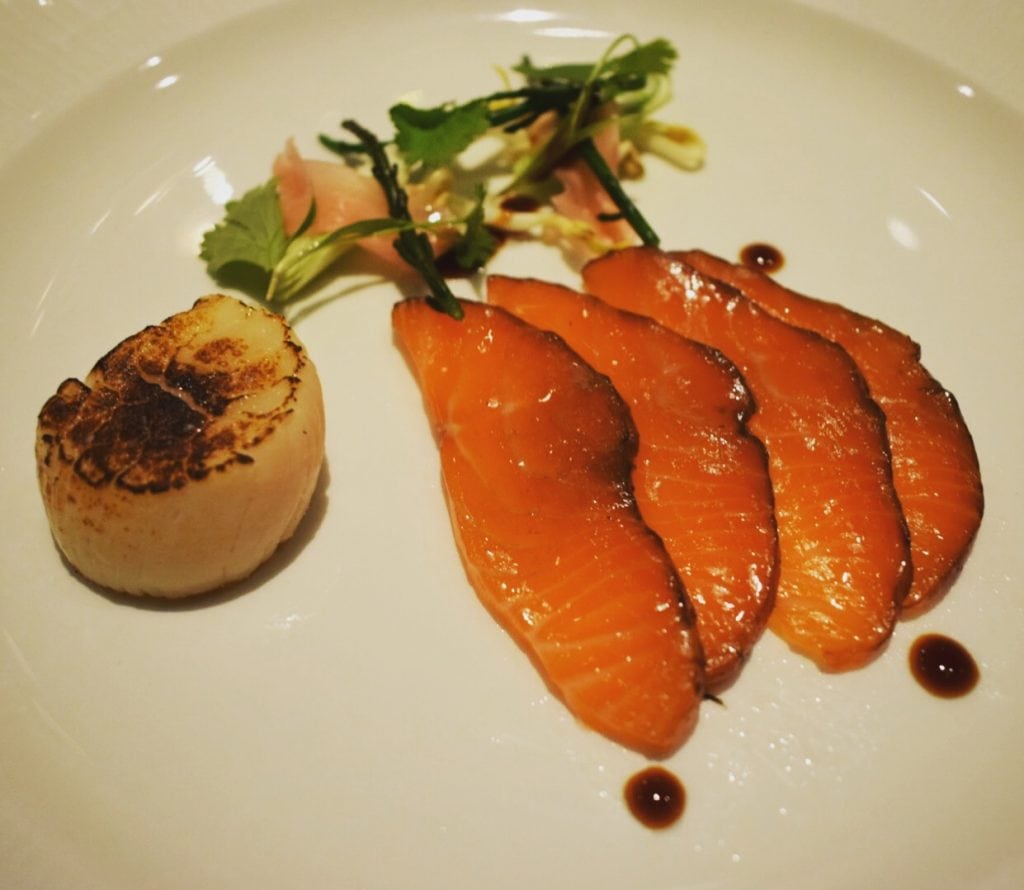 Our next dish and one of the most interesting dishes Nigel explained before the evening commenced. ‘Caramelised Celeriac and Chestnut Ravioli, served with a Celeriac Tea and Trompettes’, currently served on Northcote’s 7 course tasting menu. The ravioli was made from chestnut flour, giving off a sweet and nutty flavour, filled with intense creamy celeriac puree. Served on the side the celeriac tea which had a gel like consistency then melted as it hit the warm ravioli. The trompette mushrooms were another great addition, all flavours combined to give an intense savoury like richness. Garnished with dashi caviar and a sour dough crumb to give another element of taste and texture. 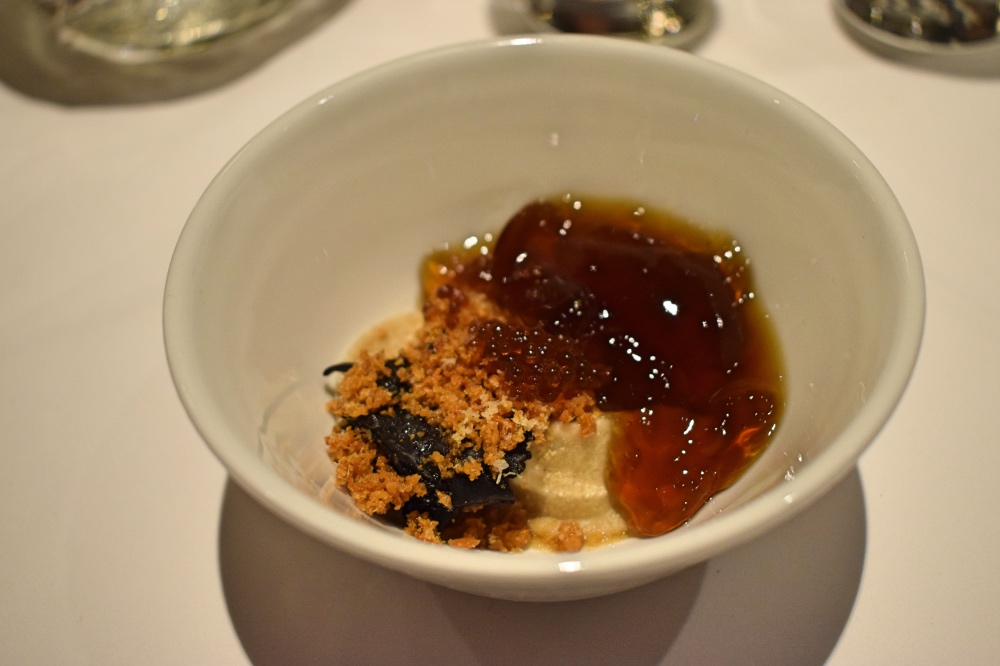 Onto the fourth course and one that had us nearly salivating when Nigel explained the ingredients, ‘Butter Puff Pastry Wrapped Lamb, Spinach and Crosne Artichokes’. Perfectly cooked, tender lamb loin encased in a chicken and girolle mushroom mouse, then wrapped in a crisp butter puff pastry. This was an absolute winner of a dish. The flavour combinations of the lamb and the creamy chicken and girolle mouse worked perfectly together, better than any beef wellington and one we’ll be attempting to recreate over the festive period. Served with buttered spinach, a creamy artichoke puree and roasted Crosne artichoke this was a real comforting dish, with the elegance of a Michelin starred chef. 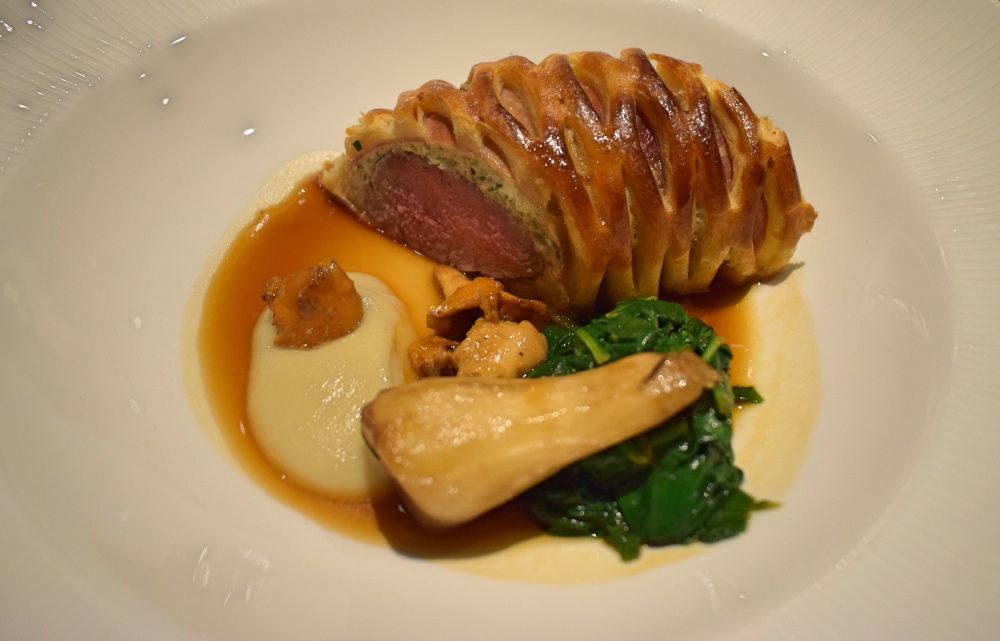 The last course of the evening and one that absolutely blew us away when it arrived to the table, ‘Bramley Apple Cheesecake’ Northcote Blackcurrants, Liquorice, Herbs and Flowers’. One of the most stylish looking desserts we’ve had. Bramley apple cheesecake served on a bed of apple puree, encased in a white chocolate shell to give the appearance of a small Bramley apple. Served with blackcurrant sorbet, poached berries, edible flowers and a biscuit crumb to add another texture to the dish. All the flavours of the dish were delicious, with the sharp apple puree cutting through the creamy cheesecake and white chocolate. This was a real showstopper and a great way to finish the evening. 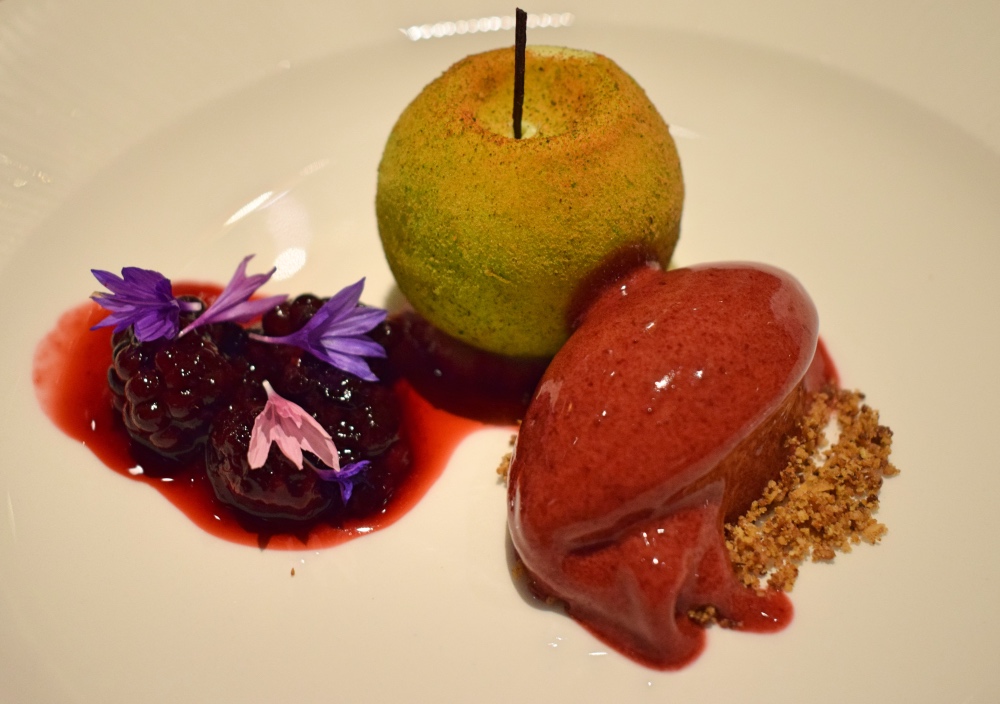 Once the plates were cleared guests were then treated to another visit from Nigel, Andrew and Operations Director for The Star Inn The City Matt Hunter, to talk us through the dishes, cooking techniques and the evening as a whole. A great personal touch that made the night more of an experience than your average tasting menu. We really couldn’t praise the event enough, the food, service and venue beat our expectations by a mile – very much looking forward to our next visit to The Star Inn The City, York. 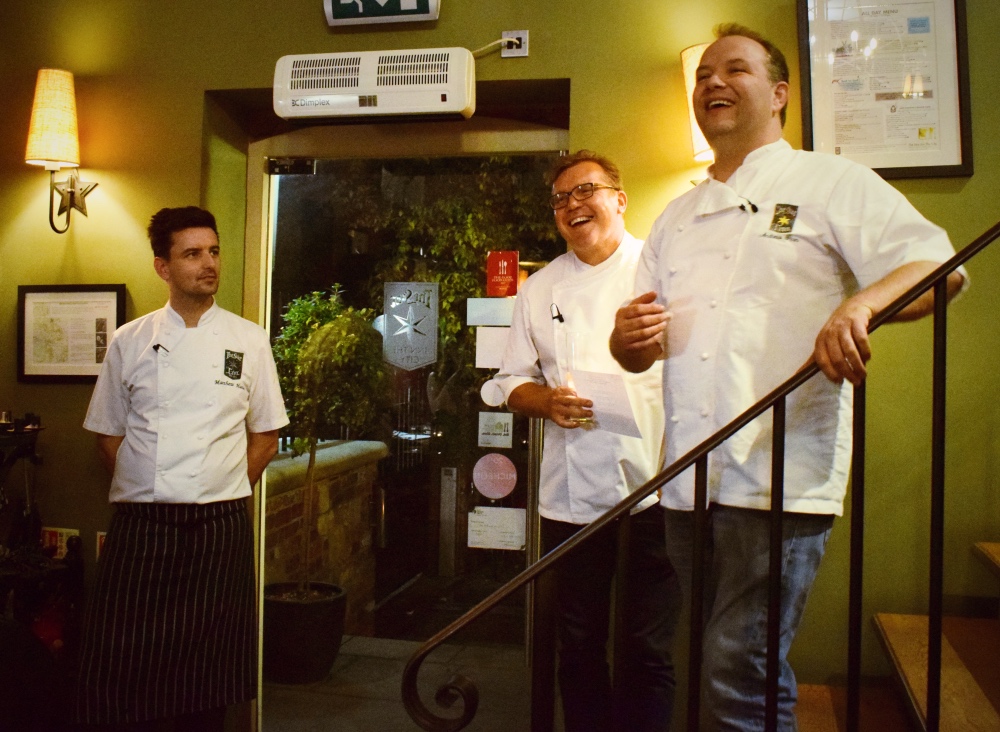 Next event at The Star Inn The City – Michelin Star Dinner
Michelin-starred Chef/Patron of the much-celebrated C14th thatched Star Inn at Harome Andrew Pern, cooks his special menu of Harome.
Find out more about The Star Inn the City
www.starinnthecity.co.uk