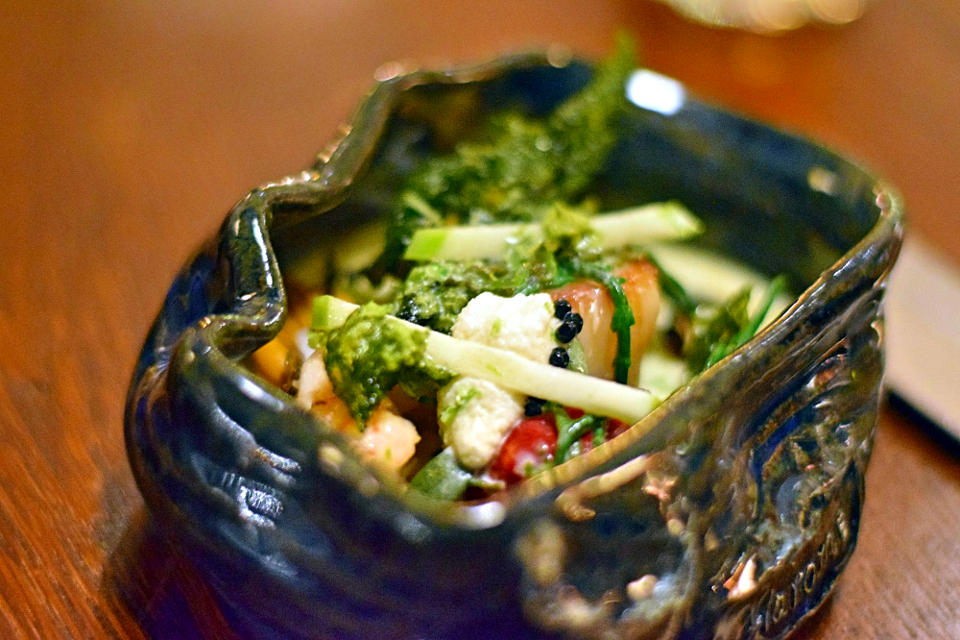 On 6th March the Star Inn the City York hosted another epic foodie event. The aptly named ‘War Of The Roses’: Steve vs Steve Dinner’ saw Head Chef Steve Smith from the Michelin Starred Star Inn at Harome and Steve Smith of the acclaimed Freemasons at Wiswell go head to head for diners votes. This has been a regular battle over the past few years for the honour of their respective resident counties Yorkshire and Lancashire, but this was the first time the event was held on Yorkshire soil.
Each course had a taster portion of each of Steve’s dishes, without knowing which of Steve’s food we were eating. We then voted for our favourite starter, main course and dessert, with results announced at the end of the dinner. Our last two events at The Star Inn the City York have seen none other than Michelin Star heavyweights Andrew Pern and Nigel Haworth, so the anticipation for another cracking night was high!
We arrived early and managed to get a seat in their welcoming bar before the rush of guests. Operations Director Matt Hunter and both Steve’s talked us through what to expect from the evening’s battle before we all took our seats in the newly refurbished dining room. Before the main event got underway guests were treated to a hearty set of canapés, from black truffle arancini to tender venison meatballs on a bed of sloe gin mayo and garnished with air dried ham. Delicious. 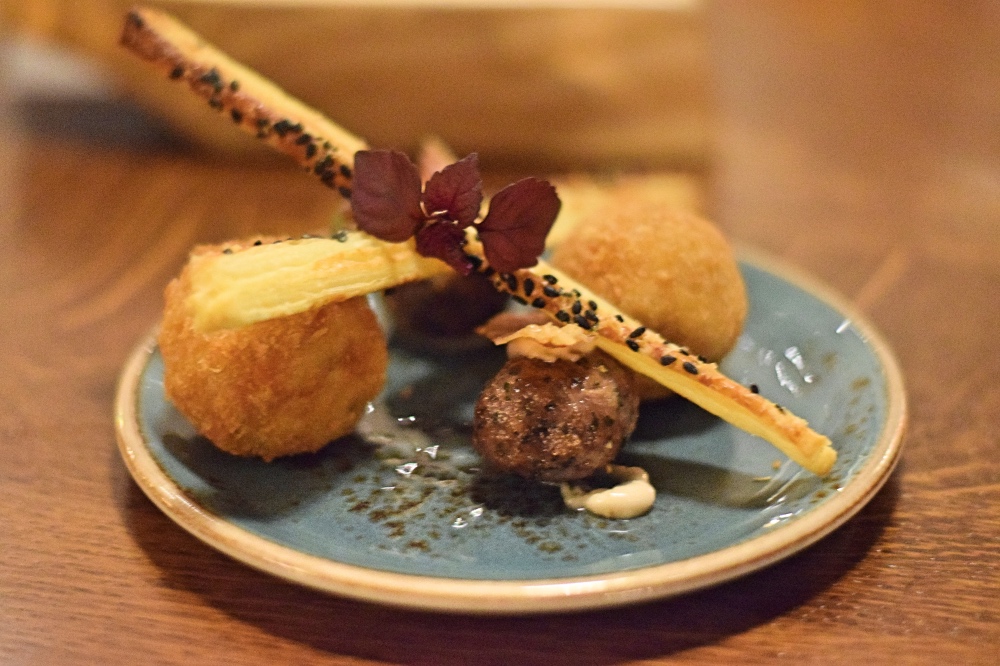 First up a rockpool shaped bowl arrived brimming with every seafood you could think of in a rich creamy broth. One huge meaty scallop served with tender langoustines, buttered seashore vegetables, mussels and garnished with crispy seaweed and green apple matchsticks. The star had to be the frozen oyster cream which added another dimension of temperature and texture to the dish. 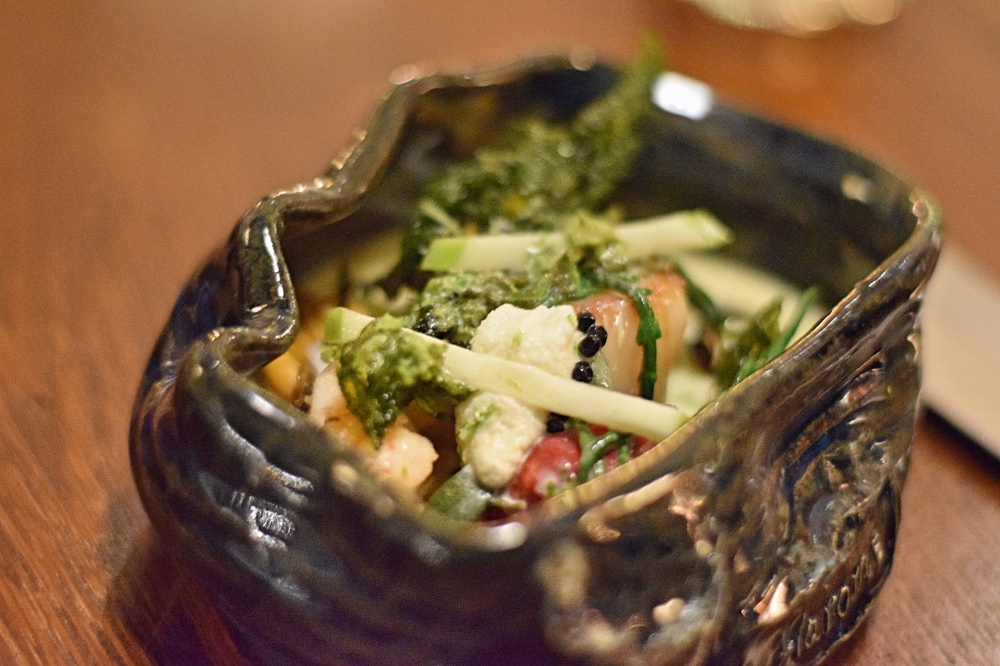 Our next starter arrived shortly after. Delicately braised rabbit pie served in a brioche crust, topped with a meaty langoustine and glistening nori seaweed, served on a bed of asparagus puree. I was quite apprehensive as rabbit isn’t my favourite meat but the pie was absolutely delicious. Soft tender meat, not gamey in the slightest and each different ingredient complimented each other perfectly. I couldn’t decide which was my favourite starter, let alone the chef who’d cooked it! 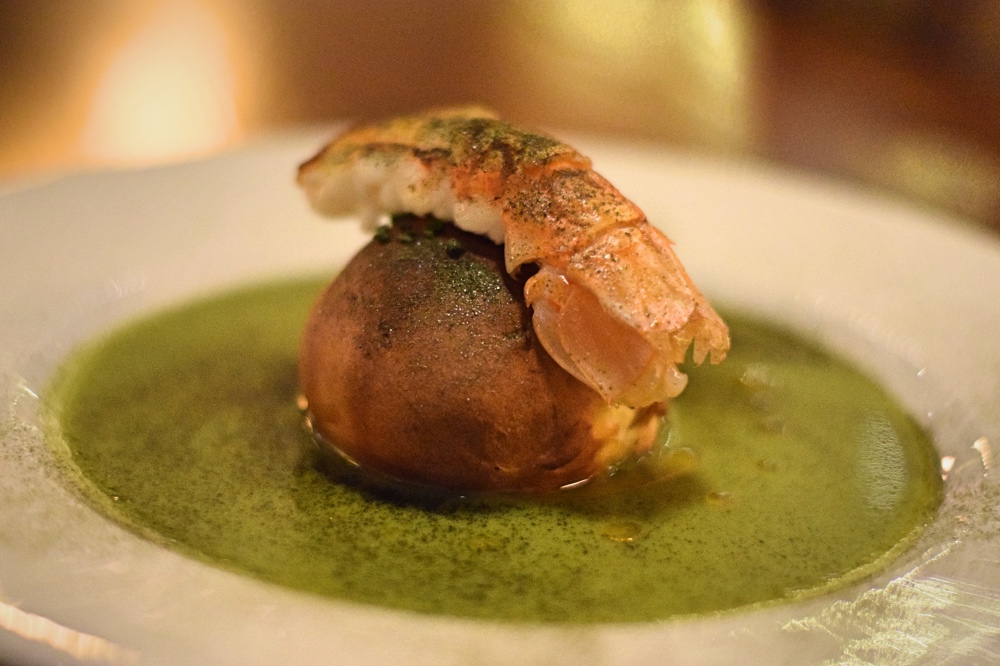 Onto mains, first up succulent and tender 45-day aged fillet of beef Rossini served with big bold earthy flavours of truffle and rich foie gras. Just the right portion for such a flavoursome dish. Definitely The Star Inn at Harome I guessed? 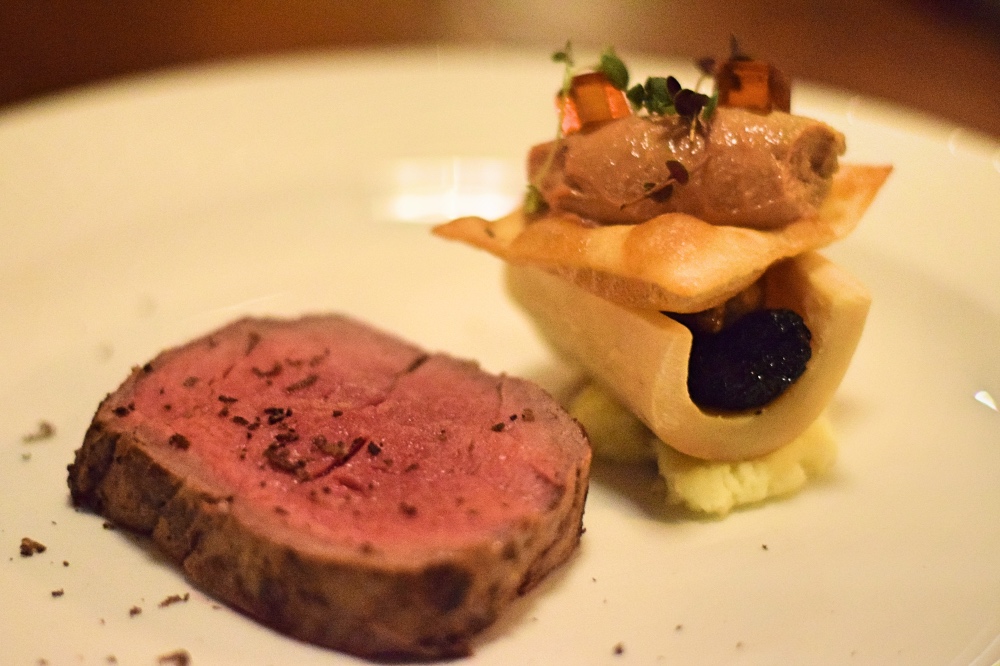 Next suckling pig, served with baked sweet potato and apple. A real explosion of flavour with the pork cooked two ways, a generous portion of confit pork belly and pig cheek and served with an intense sweet potato puree. The accompaniment of the XO sauce brought the dish together well with the bitter, savoury taste, the sharpness of the green apple gel to added colour and sharpness to the dish. 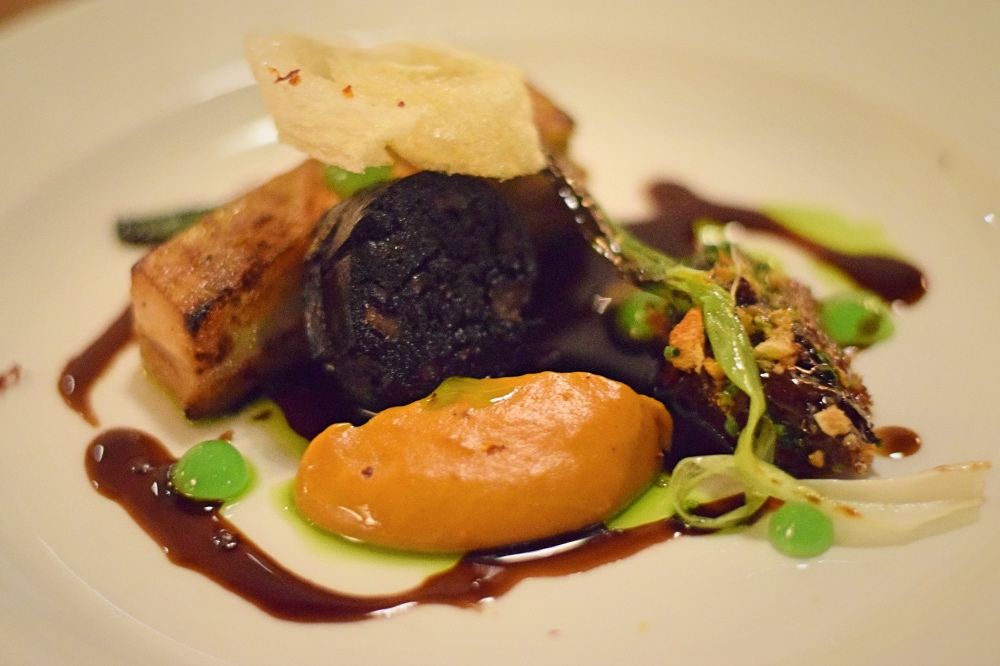 Onto desserts next and another beautifully presented dish arrived. A master class in rhubarb. Perfectly poached rhubarb spears served with vanilla custard in a white chocolate shell. More rhubarb in the form of parfait and jelly garnished the plate, crunchy oat biscuit to add more texture then popping candy literally jumping off the plate for a bit of theatre to another brilliant dish. 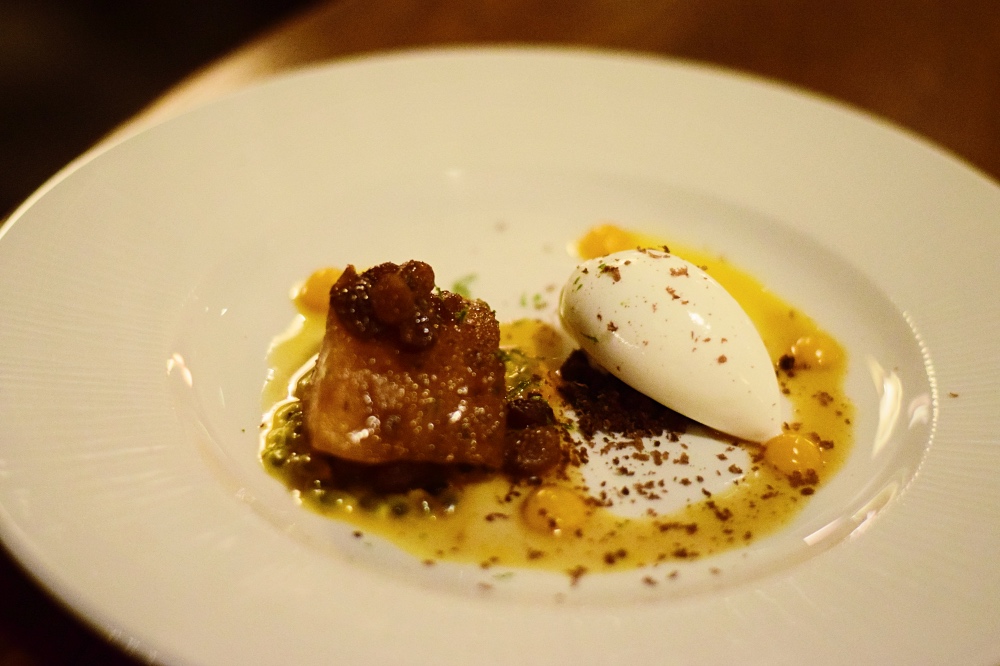 After the plates were cleared we headed through to the bar for a quick drink while all the scoring cards were counted. Matt Hunter thanked everyone for such a brilliant evening before announcing Yorkshire’s very own The Star Inn Harome Head Chef ‘Steve Smith’ winning all three courses! With such a locally sourced range of dishes from the finest East Coast scallops to start, beef from the Yorkshire Dales and rhubarb from West Yorkshire’s own rhubarb triangle, Head Chef Steve of the Freemasons had a tough menu to beat and an even tougher crowd. Both chefs delivered an exceptional range of styles and dishes. Not to mention another excellent event from the team behind The Star Inn The City York.
The Star Inn the City, Museum St, York YO1 7DR – 01904 619208
Star Inn the City York Menu
Find out more about the Michelin Starred Star Inn Harome
To stay up to date with the latest foodie reviews, news, competitions and offers – sign up to our newsletter.