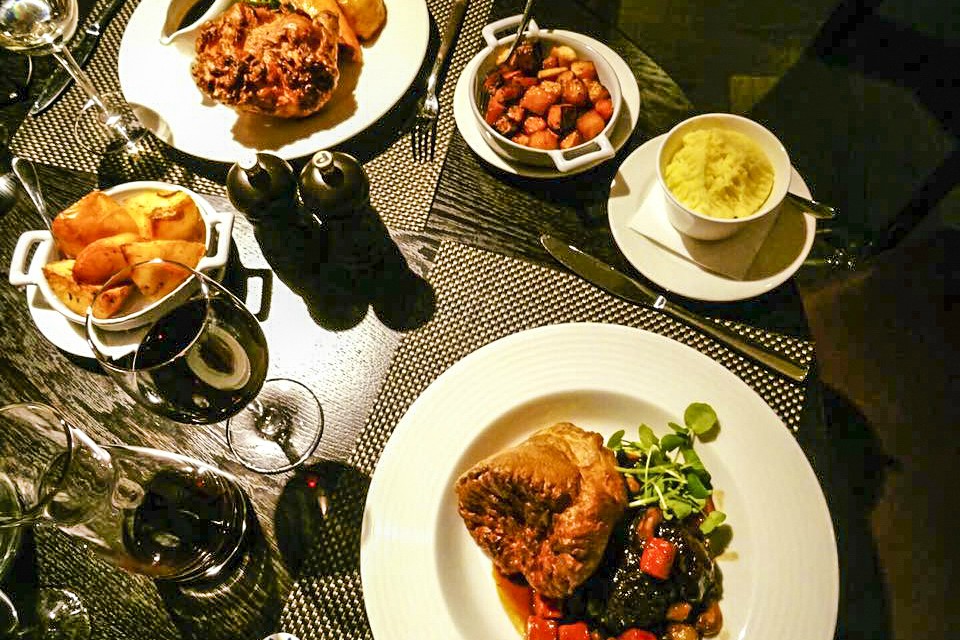 The topiary-lined squares between East Parade and Park Row form the real commercial heart of the city, a wealth of bars and restaurants making the most of the high rise office blocks for after work drinks or business deals over coffee. It’s like you’re in London, but you’re in Leeds. Greek Street is a prime example of the work hard/play hard vibe within this banking district, attracting an up-market crowd of locals and visitors alike, and if you look up above the twinkling awnings, you’re spoilt for choice when it comes to rooms for the night.

There’s a phrase on the tip of my tongue as I stroll into the darkened lobby on an unseasonably warm October afternoon. It escapes me, but it’s something along the lines of: “You wouldn’t sleep in a restaurant, so why would you eat in a hotel?” I’ve never thought, “I know what I fancy tonight, a meal at the Marriott.” It seems for a hotel restaurant to draw trade from non-guests, it has to offer something exceptional or a bit different, to rid punters of the image of soggy bacon in those breakfast buffet hot trays. They’ll often entice you in with a deal or set price menu, that may not showcase the best of what the Chef can do. Combating our prejudices, there’s a new breed of hotel eateries, branding themselves as standalone dining destinations in their own right – there’s the FireLake Grill House at the Radisson Blu up the road, Tempus at The Met Principal, or the new Rise at The Grand in York. 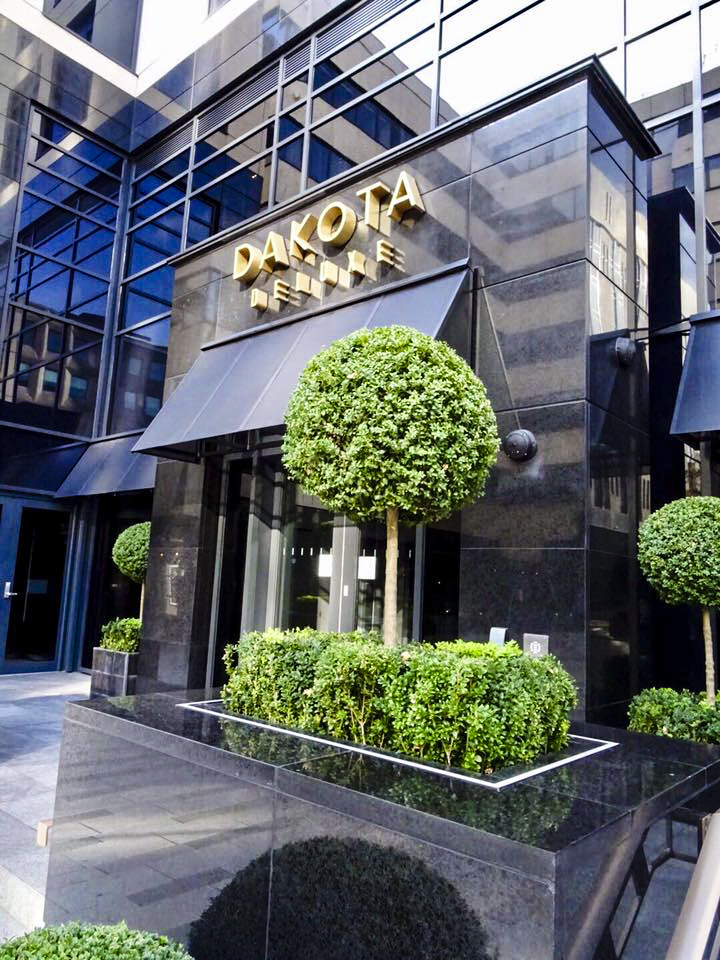 Dakota Deluxe has the Downstairs Bar & Grill across their three Scottish locations, as well as their relatively young Leeds site, which opened at the start of May this year. Inspired by one of the most successful aircraft designs in history, their interiors are stylish and sleek, and Downstairs is as sexy as the name suggests. You’ll want to book in upstairs after a glass or two of their Billecart Salmon house Champagnes. Large black lampshades spotlight high bar tables next to prints of Hollywood movie stars; orange velvet cushions, leather booths and abstract art depicting playing cards and roulette wheels: it’s very Manhattan casino lounge. Even the ticket for your coat is a D branded poker chip. It’s very relaxed, perfect if you struggle to move from horizontal on a Sunday to venture out for lunch. I mentioned set menus, but for the quality you get here, it really is incredible value for money, at two courses for £20 and three for £25. 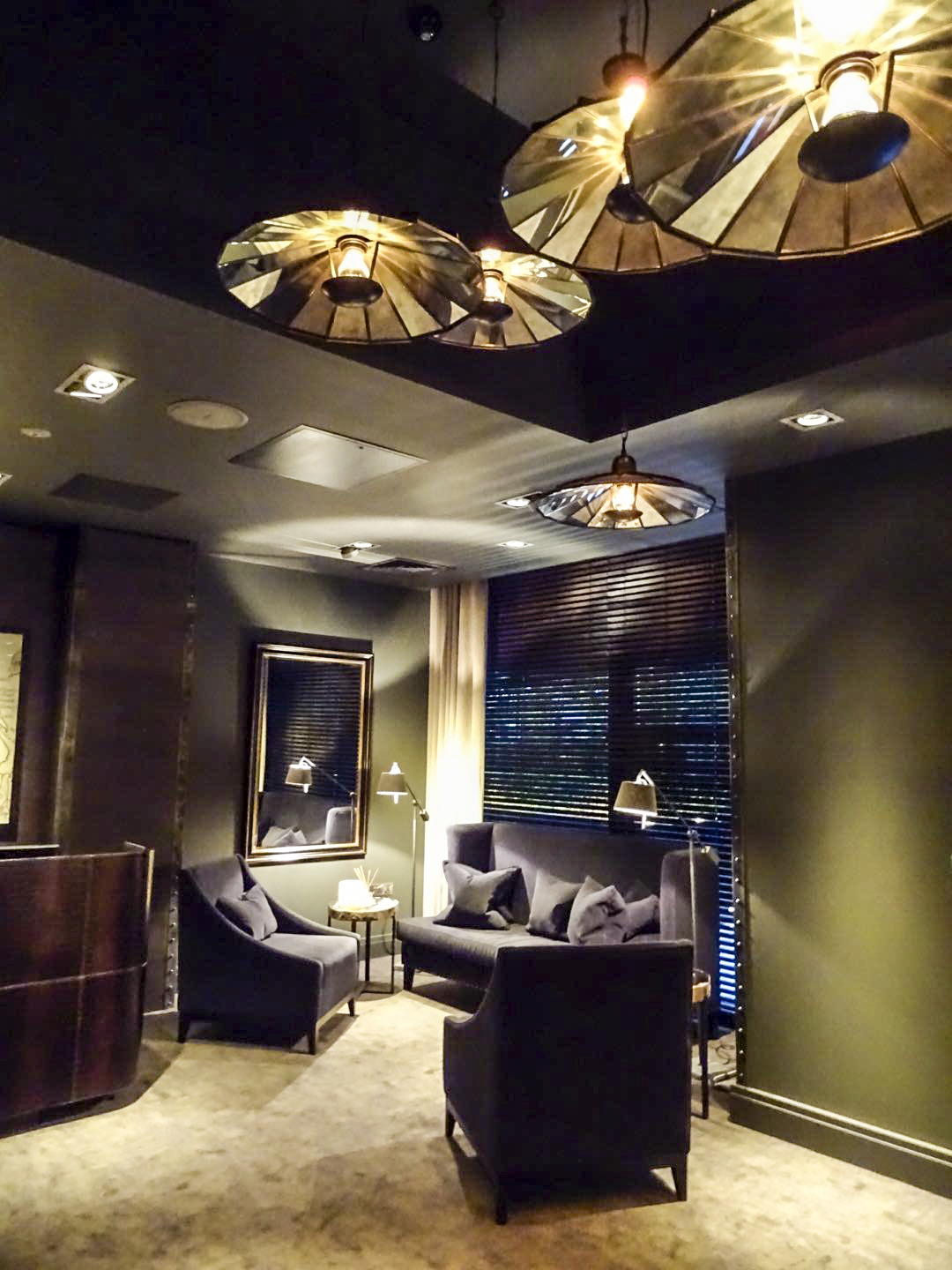 We’re greeted with a complimentary Venetian dip of tomato, basil and goat’s cheese with little slices of white baguette. The bread’s comfortingly chewy and the dip just about temperate, reminiscent of a pizza in liquid form. I’m not overwhelmed, but still, find myself wiping the skillet dry. As it was a Sunday, it would be rude not to have the Eggs Benedict starter: a funny brunch mash-up, with parma ham and golden running Arlington hen yolk. Scanning the menu, it seems strange they’ve chosen to use eggs from the Cotswolds and Lincolnshire Poacher for the cheeseboard. Their butcher, Donald Russell, is Aberdeen based – which makes sense with Dakota’s Scottish roots – but the only thing so far that says to me ‘Yorkshire’ is the piccalilli with the Ham Hock Terrine. However, after digging a little deeper, the lovely attentive staff ensure us that most of the produce in the kitchen has come from a local supplier; the dairy is from Harrogate for instance. And as I polish off the silky hollandaise and expertly-toasted English muffin, I’m starting to think they’ve gone with those names because they are simply the best quality. I’m not wrong when it comes to the ‘Roast of the Day’. A shining daube of Donald Russell Beef that just falls off the fork. There’s a Roast Beef Rib on the menu too, but whatever that’s like, I guarantee this hunk of unctuous meat is better. 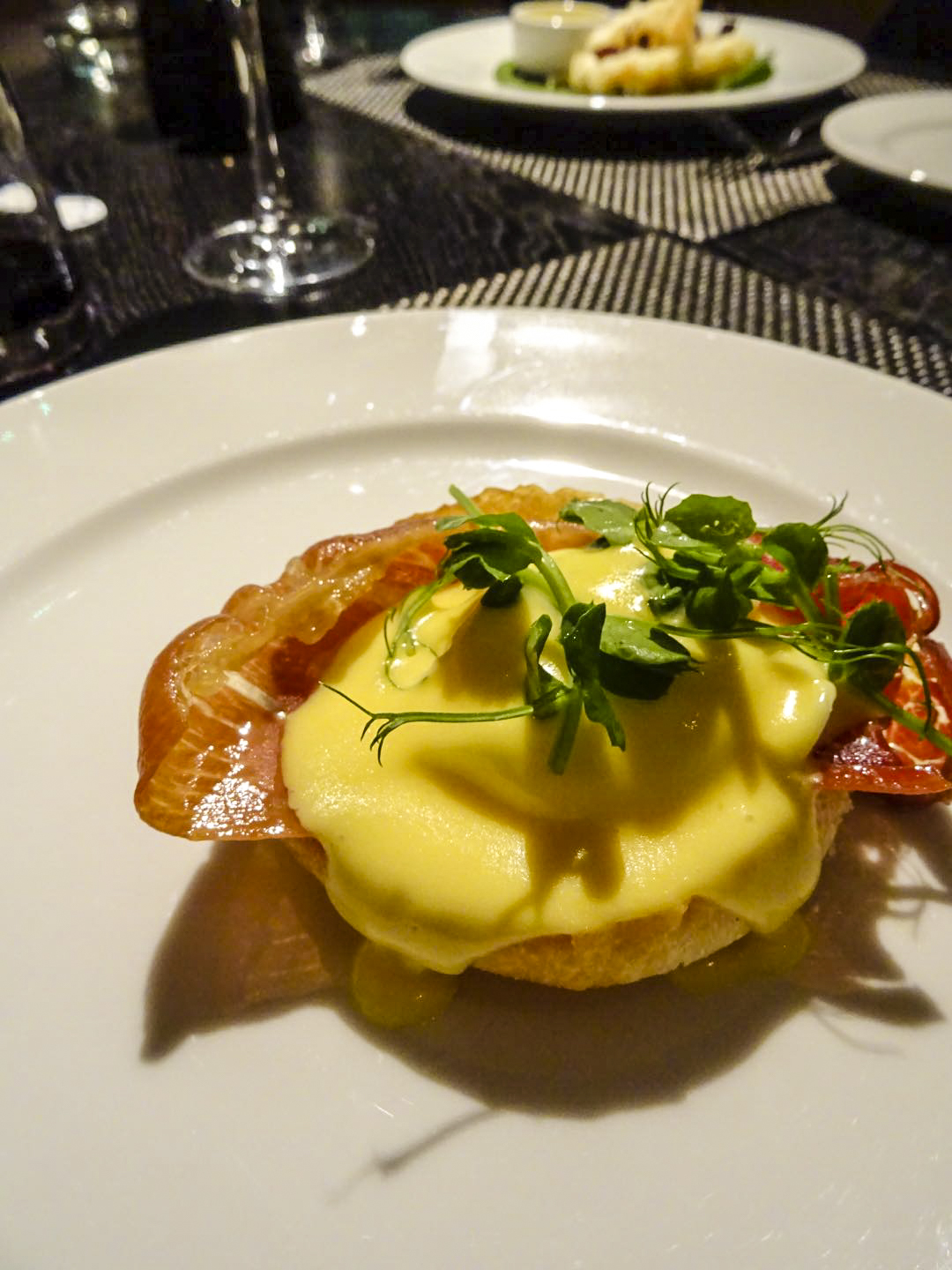 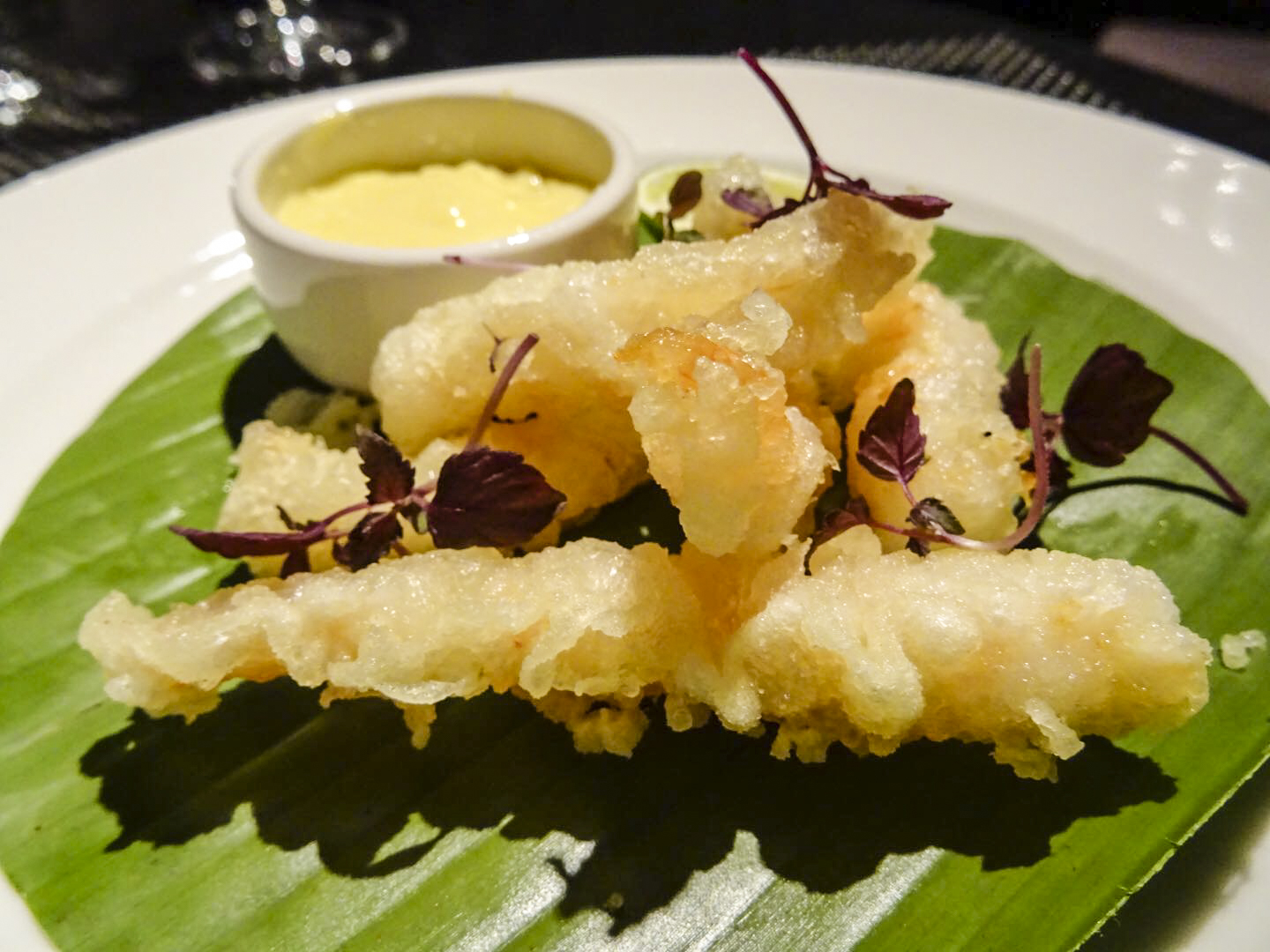 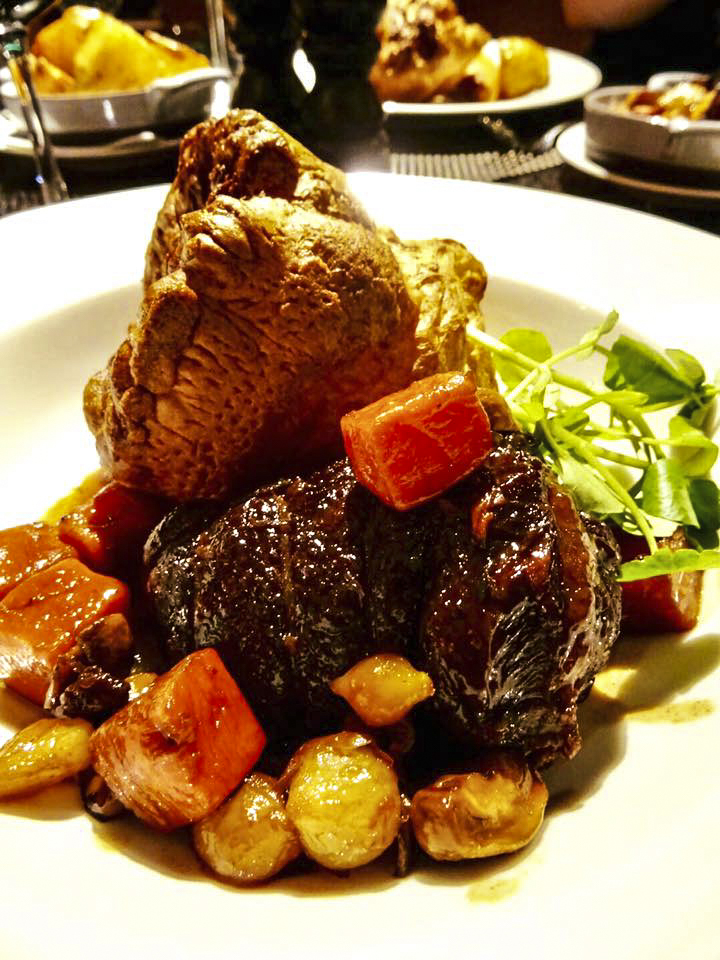 All the dishes are accompanied with a puffy Yorkshire, crispy goose fat roasties, cubed carrots and parsnips, rich gravy, and a cheese-tinged mash; you can’t go wrong with this in any way. Especially when washed down with a mini carafe of their superb Côtes Du Rhône. There are two veggie offerings for Sunday Lunch; a Nut Roast with Red Onion Marmalade, and a Butternut Squash, Puy Lentil and Chilli Stew. The Fish & Chips look top notch too. So the menu is pretty safe, but more than ticks your obligatory weekend boxes; you’ve had your eggs, your roast with all the trimmings, and now for a few filthy desserts. In keeping with the American feel, there’s a Brownie and an Ice Cream Sundae, piled high with thick whipped cream, chocolate sauce and honeycomb. Try the sharp yet velvety lemon posset, topped with a gorgeous blueberry compote, candied peel and violet pansy. The restaurant was quiet, but attracts a good mix of hotel guests, couples on a romantic date or weekend away, with more corporate parties and solo diners through the week. I really can’t imagine seeing a soggy breakfast buffet in here. It’s just too sexy. 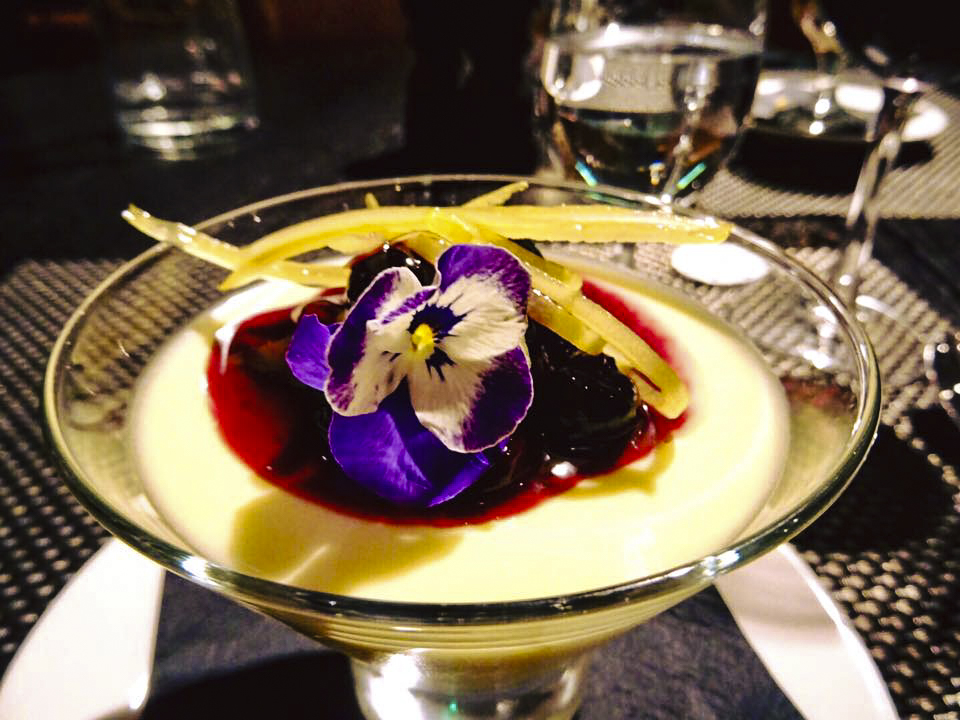 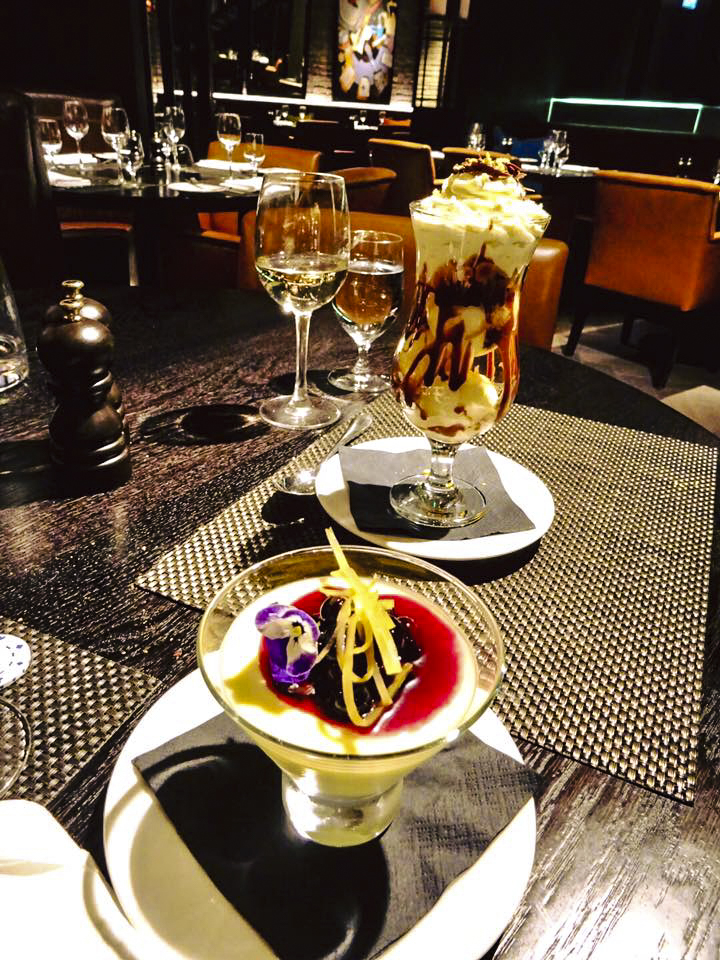 Upstairs Dakota Deluxe boasts 84 boutique rooms, designed by Amanda Rosa, whose aim was to create a home away from home with voluptuous grey soft furnishings, palms and orchids. Affordable luxury is their thing, with generous touches like smart TV’s, media hubs and Nespresso machines in each room. Even the mini bar is included in the price, so no fear of that rogue £4 bill supplement for your late night Pringle hankering. With stunning views from the ninth floor over the rooftops of the city, it’s no wonder Dakota is expanding its empire to include a new Manchester Hotel in 2019. 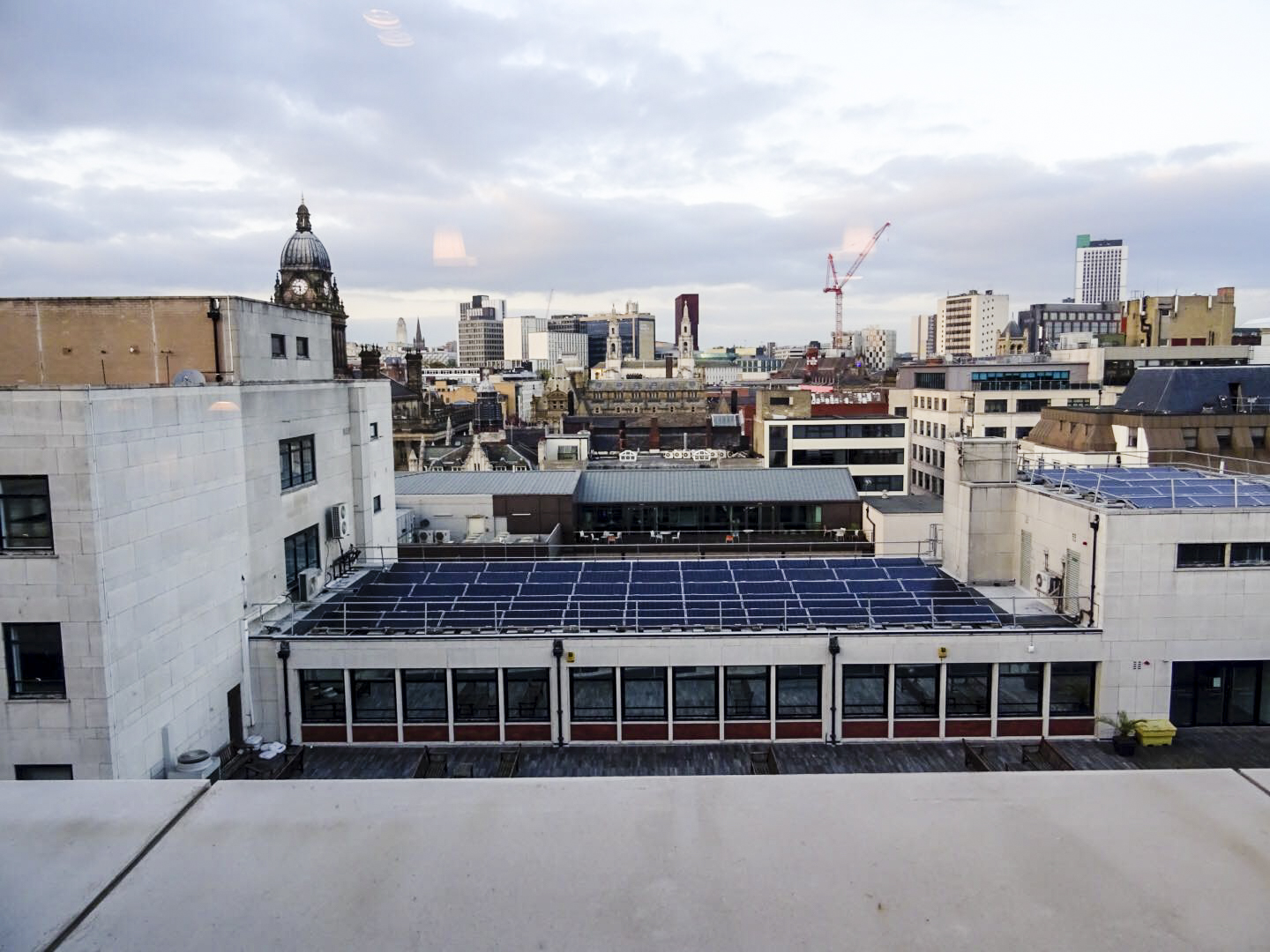 Compared to other rooms in the area, Dakota Deluxe is very reasonable, and with three courses at £25, it really is a Sunday destination worth standing for. I mean, I’d recommend that dinner to anyone looking for a quality roast in Leeds. My only qualm is this provenance thing; on one hand, they’re trying to be American with their “Appetisers”, Bloody Mary’s and piano lounge atmosphere, whilst highlighting some very British suppliers, and no evidence of Head Chef Ross Boothland’s regional ethos. But, with the Dakota Skytrooper as your mandate, who cares about food miles anyway?

Discover some of Leeds Best Restaurants