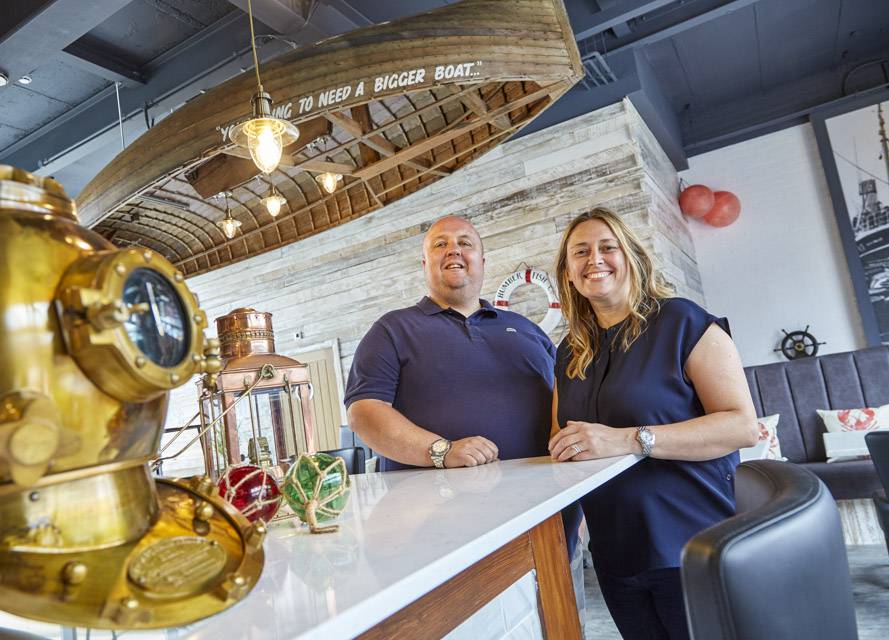 A new fish and seafood restaurant is celebrating Hull’s rich maritime heritage just a stone’s throw from the city’s waterfront. Humber Fish Co. is a seafood-lover’s paradise in a themed restaurant festooned with nautical artefacts.

Local restaurateurs James and Paula Stockdale have invested £100,000 in the new venture, aiming to create an experience and environment to rival the best seafood restaurants in London and other major cities.

Chef Mr Stockdale said: “With Hull’s maritime heritage it’s really surprising no one has opened a trendy fish and seafood restaurant that reflects all that history. We’ve put that right. We’re also really close to the Humber, from where Hull’s fishing fleet used to set sail, so the location is perfect. The Fruit Market is a fantastic blend of the old and new, with high-quality new businesses breathing fresh life into the old buildings in and around Humber Street. We’re also bringing something very new to the Fruit Market and Hull as a whole while paying tribute to the city’s seafaring past.”

Mr Stockdale said: “We want to bring to Hull the quality of food and surroundings you get at Wright Brothers and other leading seafood restaurants around the country, without it being pretentious or stuffy. People can come in and feel really comfortable and chilled out, to enjoy a great meal and a few drinks in a place with a lovely look and feel. It’s the sort of place you can come to for a casual meal or an occasion. The menu ranges from simple fish and chips to lobster and amazing seafood platters so, if you love seafood, you’ll love it. But there’s also a few non-seafood options, so no-one will be left out.”

Humber Fish Co. features chilled seafood and fish displays, with customers dining at marble-topped tables or around the counter surrounding the open kitchen. It also offers al fresco dining on Humber Street or in a private “Fishermen’s Cove” courtyard at the rear of the restaurant. 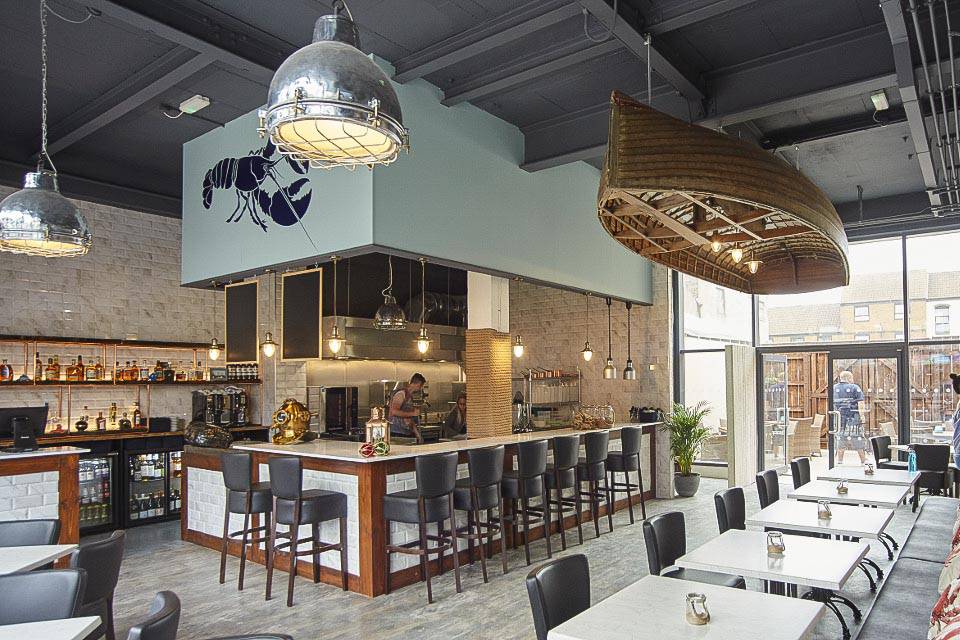 The 1,350 sq ft restaurant has 50 covers inside and 36 outside, with waiter service throughout. Diners can feast on starters including sautéed king prawns, salt and pepper squid and shellfish soup, while seafood options include Loch Fyne oysters, dressed brown crab and giant crevettes. Seafood platters include “The Shipmate” for two people, with Hull Dry Gin-cured salmon, oysters, native mussels, crevettes, shell on prawns, smoked mackerel pate, poached salmon and cockles.

The drinks menu is, naturally, largely made up of high-quality white wines, with a smaller selection of rosé and red wines. There is an extensive range of spirits, including bourbons and Hull Dry Gin, distilled just a few yards away at the Humber Street Distillery bar, as well as cocktails and draft and bottled beers. 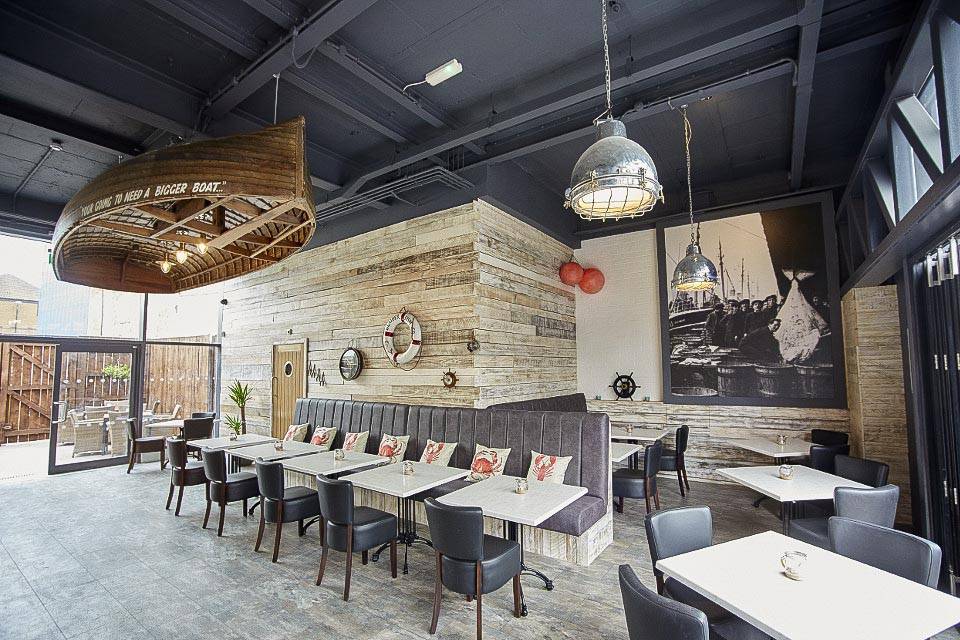 The restaurant’s maritime decor features an upturned “clinker” fishing boat – dubbed “Marie Rose” – containing replica Hull trawler lights. There are also lights salvaged from a Japanese trawler, a ship’s wheel, an antique diving helmet, lobster pots and buoys, while one wall has a mural of a scene from Hull’s Alexandra Dock in 1950 when the fishing industry was in its prime.

The owners say they’re excited to be part of the remarkable rejuvenation of the Fruit Market, which was the centre of Hull’s wholesale fruit and veg trade for decades and has now been reinvented as the city’s first urban village.

Humber Fish Co. is the latest former fruit and veg warehouse to be converted into an exciting new business as part of the £80M regeneration of the Fruit Market, which is being driven forward by Wykeland Beal, the joint venture formed by commercial developer Wykeland Group and housebuilder Beal Homes, working in partnership with Hull City Council.

Tom Watson, Development Surveyor for Wykeland, speaking on behalf of Wykeland Beal, said: “It’s great to see another independent business launch in the Fruit Market and add to its appeal as a unique destination. Humber Fish Co. maintains the high-quality threshold that the Fruit Market is known for and is a very welcome addition to the area.”