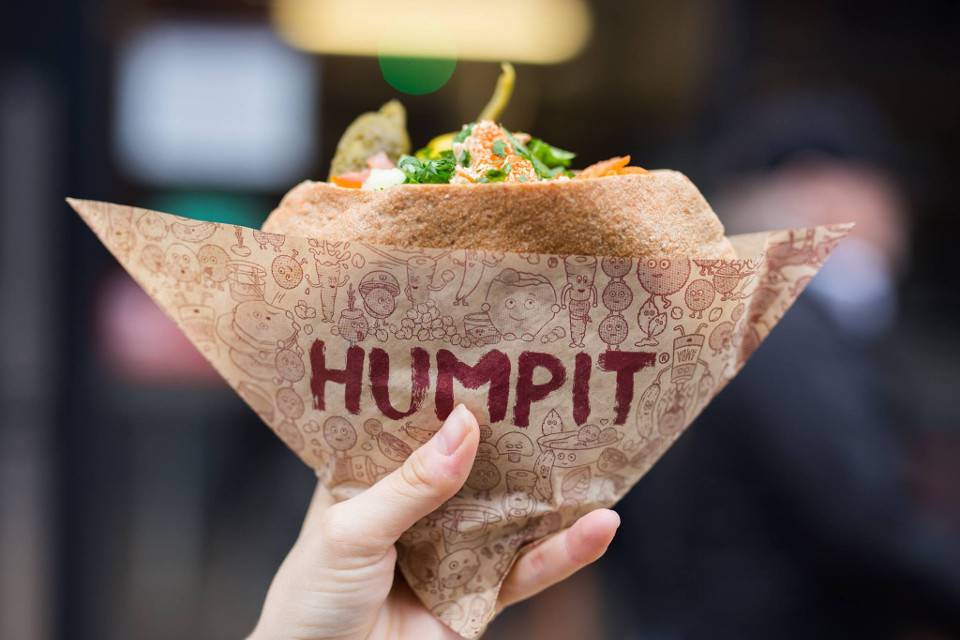 York gets ready to Humpit as renowned pita and hummus bar opens on 13th February.

Much loved by meat eaters, vegetarians and vegans alike, Humpit’s cheeky branding, unique food offering, and friendly staff have seen them grow from strength to strength. Beginning their journey at Leeds Corn Exchange, then opening in Sheffield, Leeds University, and now York.
Founded by Jonathan Phillips and his father Simon in 2014 their first Leeds store quickly boomed, taking the number one spot on Trip Advisor for a year and a half, awarded ‘Best Street Food Start-Up’ at Richard Branson’s Virgin Foodpreneur Awards, recommended by the Sunday Times and gaining numerous shining reviews from the Yorkshire vegan and vegetarian community. 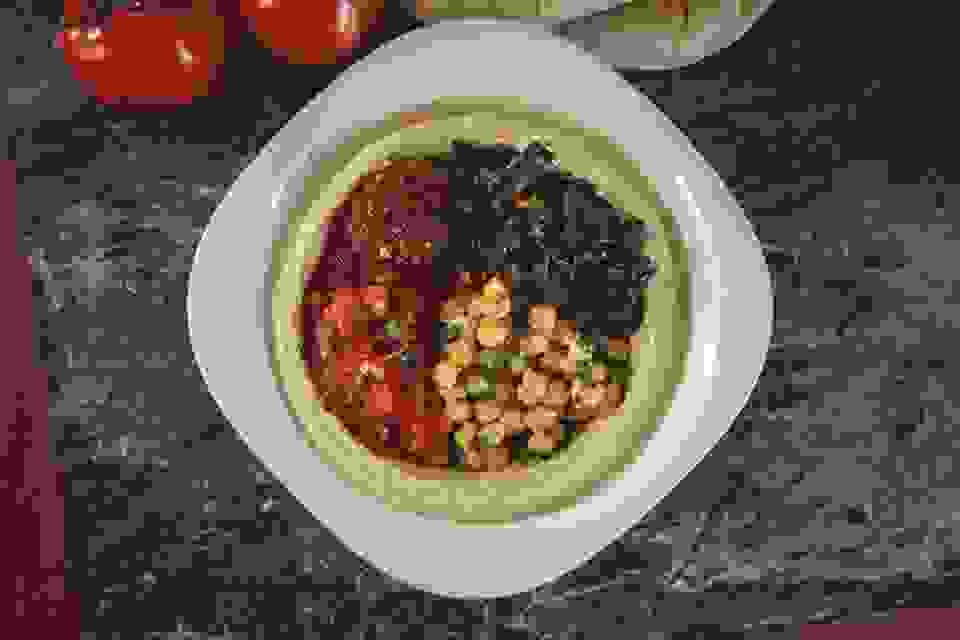 Jonathan said: “I always had in mind that I wanted my own food business. During university I had a placement in Malaysia which has a huge street food scene. I loved the buzz and seeing the large queues of people waiting for the amazing street food on offer. I wanted to re-create this back in the UK. My dad who has always worked within the food industry had the idea of a hummus bar from our trips to the Middle East, we saw a gap in the North and decided to partner on the idea.”
Although they are the biggest growing vegan chain in the country, this wasn’t their original aim. With Jonathan describing it as the best accident they’ve made. They wanted to change people’s minds about eating hummus, enjoying it as a meal and not just a side.

So, what can we expect from their York store? After receiving investment from Wakefield based Venturian Funding and Investment Group, York is the first store they’ve partnered on. The investment has also provided them with the opportunity to open 6 more Humpit stores within the next two years with Hull, Manchester, Newcastle and Liverpool listed so far. 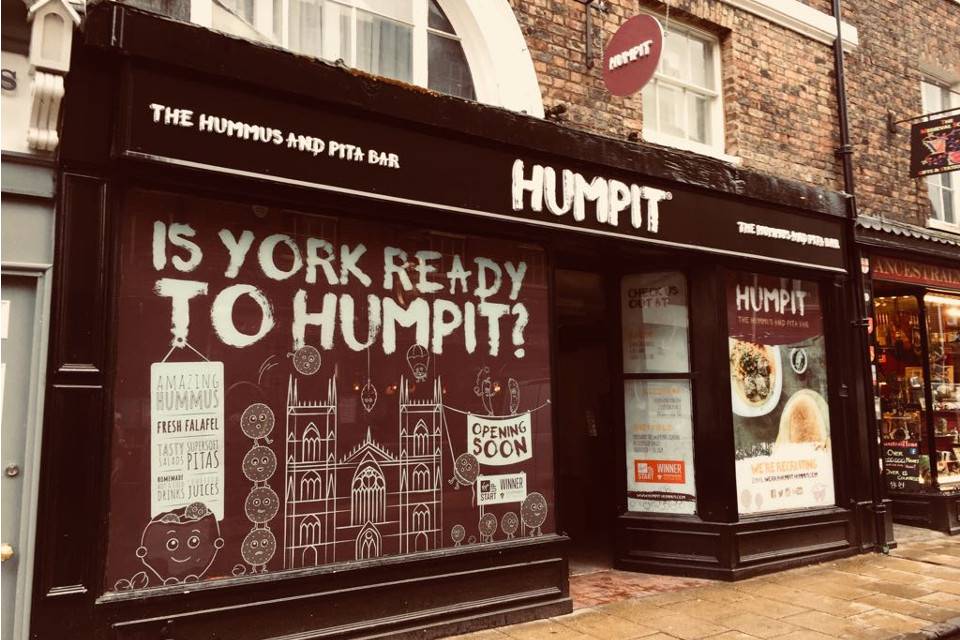 Humpit Hummus York will be their biggest store with 50 seats, providing 15-20 new jobs to the area. What’s more they will be offering a wider menu with different flavours of hummus and falafel and more salad options. They will be introducing their own branded iced and hot ‘HumpTea’, alongside pressed juices and homemade lemonade. A child friendly menu will be available and York will be their first restaurant to open until 9pm at night. What’s more from 13th February, in all stores you’ll be able to finish with their delicious tahini cookies, inspired by Jonathan’s travels.
Jonathan said: “York is the second most visited place in the UK with a huge footfall of tourists, locals and students. We’ve been lucky to find a great location on Church Street within a characterful listed building. There’s also a small outdoor courtyard area that we aim to open just in time for the summer months. I’m super excited to open our doors in York and looking forward to adding a different option to York’s food scene.”
Opening 13th February 2018 – Humpit Hummus & Pita Bar, 12A Church Street, York

Ultimate Guide to the best restaurants in York 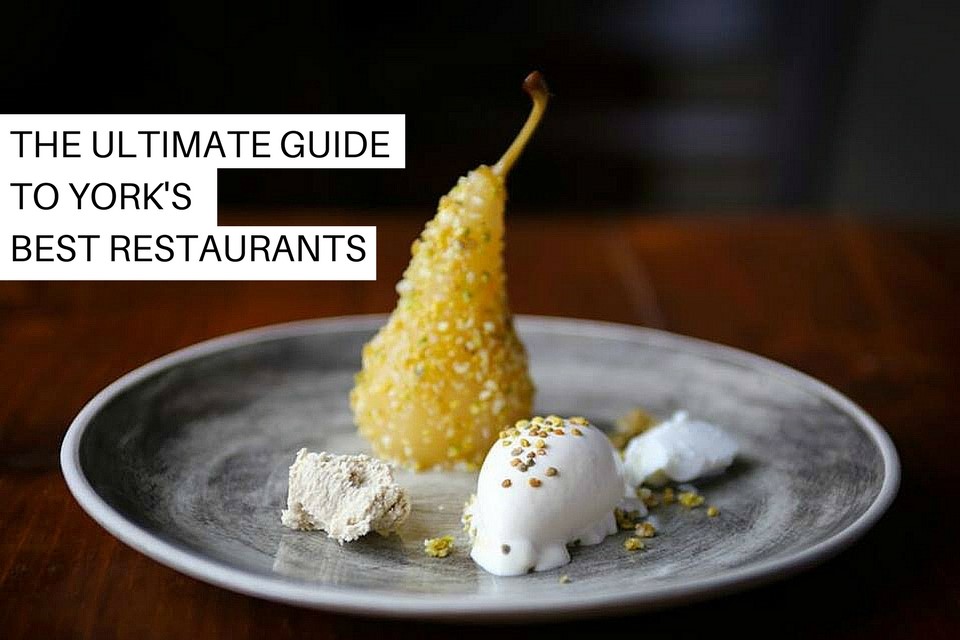