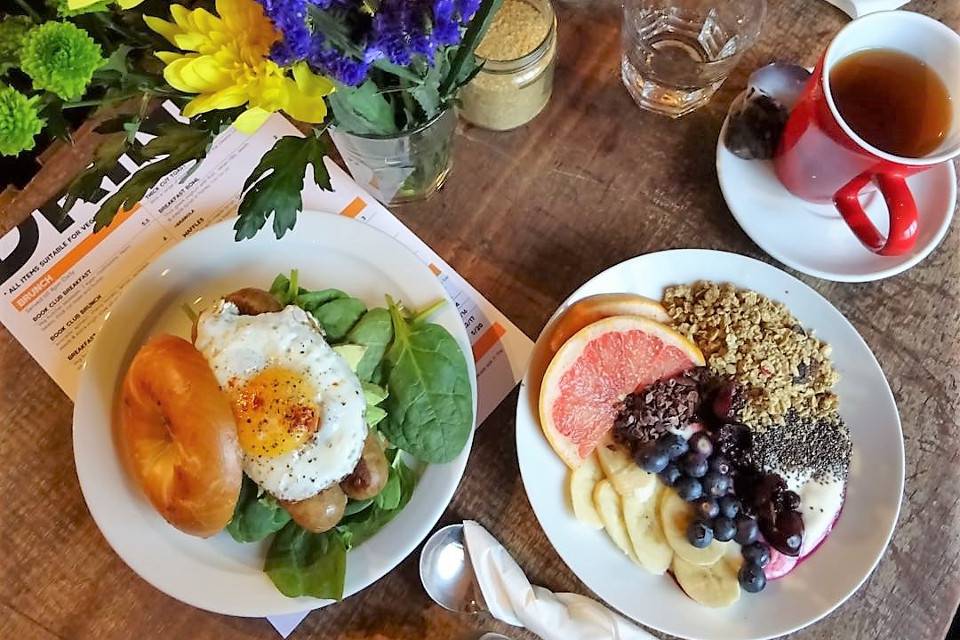 Two years ago, founding owner Jack Simpson stood in the basement of an old garage on Hyde Park Corner envisioning a two hundred capacity venue in a space full of cardboard boxes and chicken heads. Now he can’t quite believe that the young bedroom DJ’s who’ve asked him for a platform, are now big names down in London. The creative hub come Fancy Dress shop, that caters to the 80, 000 students in Leeds, has played host to political meetings, magic shows, art sales and club nights, and has dreamt up an eclectic programme of events to celebrate their second birthday. 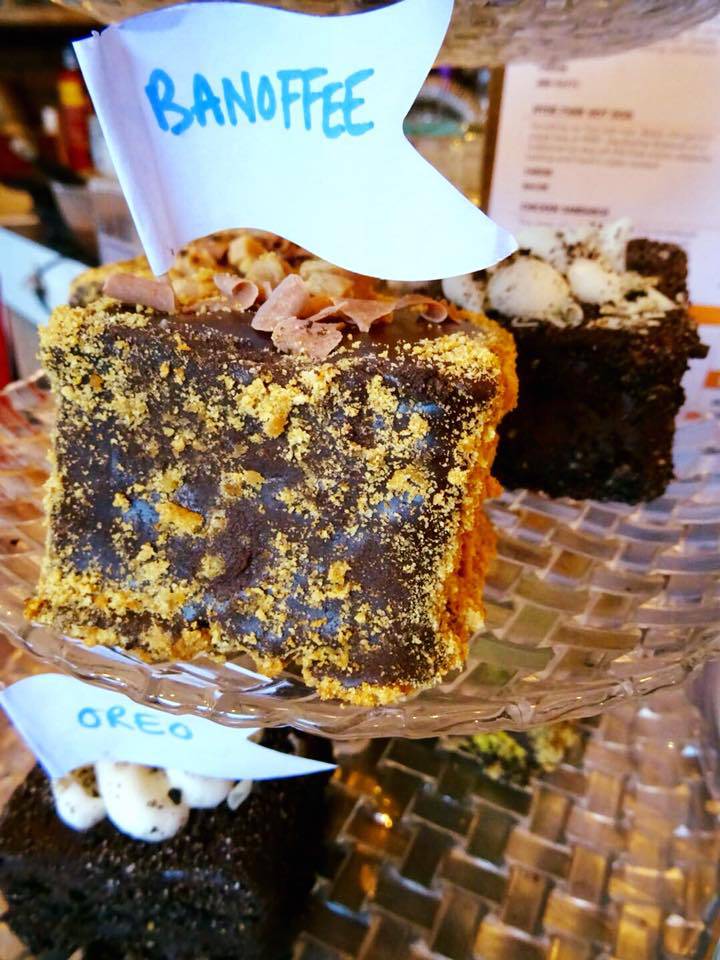 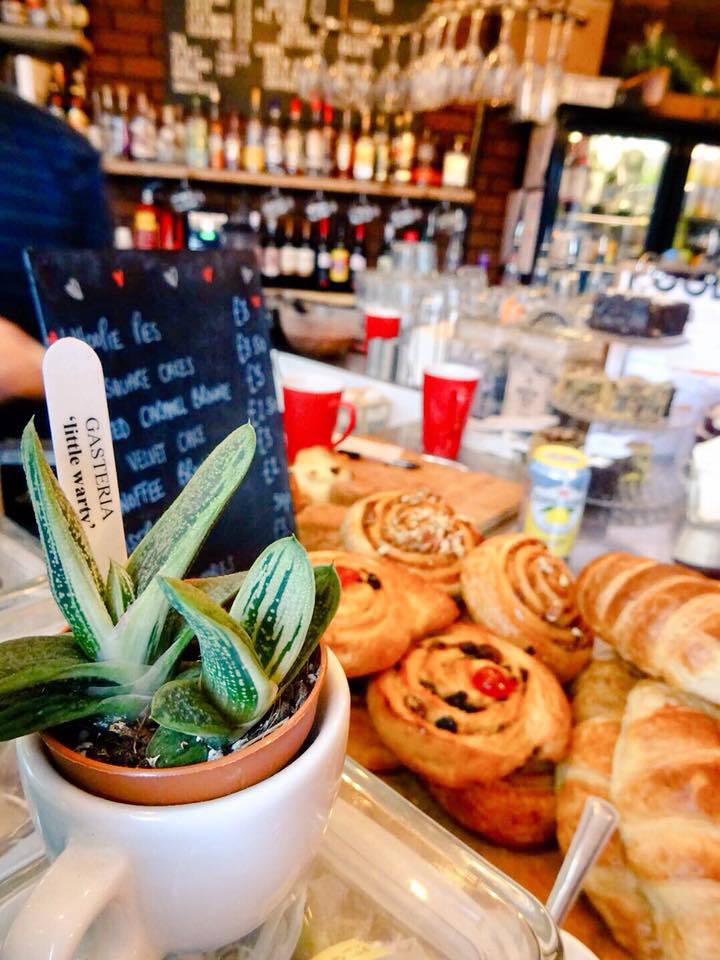 Hyde Park Book Club’s fruition came about with Jack’s desire to merge the hedonism of music, arts and parties, with the more cerebral and intellectual side of his life. And so the book club was formed, with a wonderful collection starring Yorkshire writers. On our tour of the building, during the last weekend of their anniversary celebrations, Jack explained their approach, casually mentioning how they invite you to exchange books for food. Drop the mic…as their hip cliental might say. My ears instantly pricked up, having already taken a look at their menu in anticipation of this morning’s Brunch. Jack and Helen, who cook everything with love and from scratch behind the tiny bar, are both vegetarian, and opening an ethical and meat-free cafe two years ago was totally ahead of the wave. Now in an up and coming area, with the events going from strength to strength, the cafe too is expanding and coming into its own, serving up specialties from the world’s first plant-based butcher. You heard me right. I am here to sample sausage of the pea soya variety. A quick google and you’ll find The Vegetarian Butcher, Dutch ninth generation farmer Jaap Korteweg, wielding a meat cleaver, his white apron covered in carrot juice. Their products, which range from Vegan NoChicken Nuggets to Croquette Balls and Vegetarian NoTuna, are beautifully packaged and stocked worldwide. However, Hyde Park Book Club is the only place you’ll find a slice of this plant-based gastronomy in Leeds. Everything on the menu is suitable for Vegetarians, and alongside a Vegan Chicken Sandwich, Classic Burger and Bratwurst Hot Dog, which is served until 10pm, you can get a Book Club Breakfast, Brunch, Bagel or Butty featuring the Veg Butcher’s revolutionary substitutes. 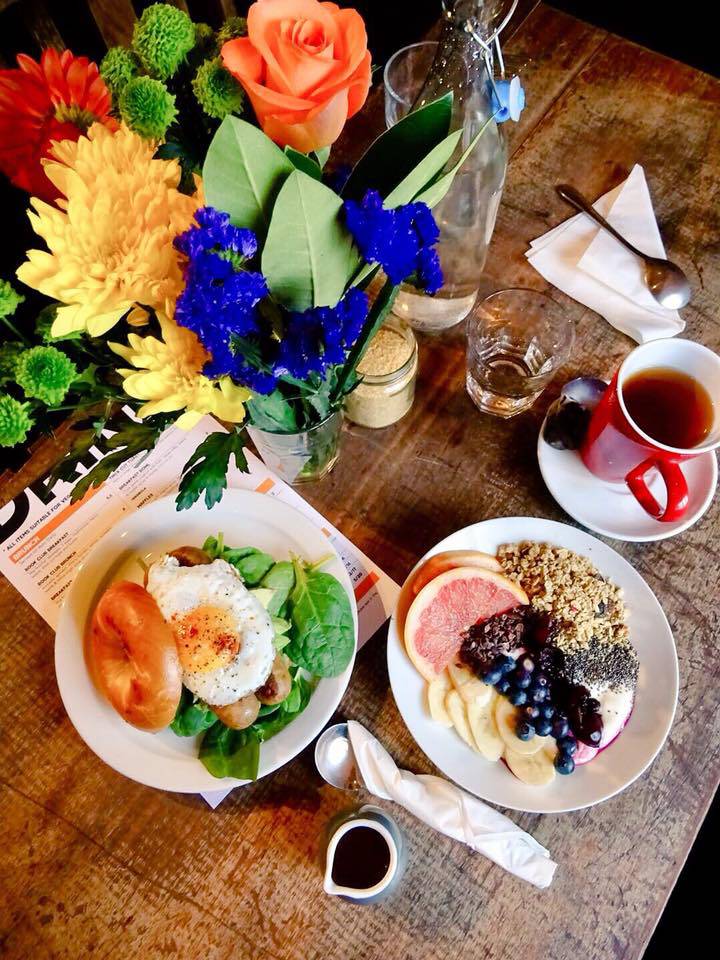 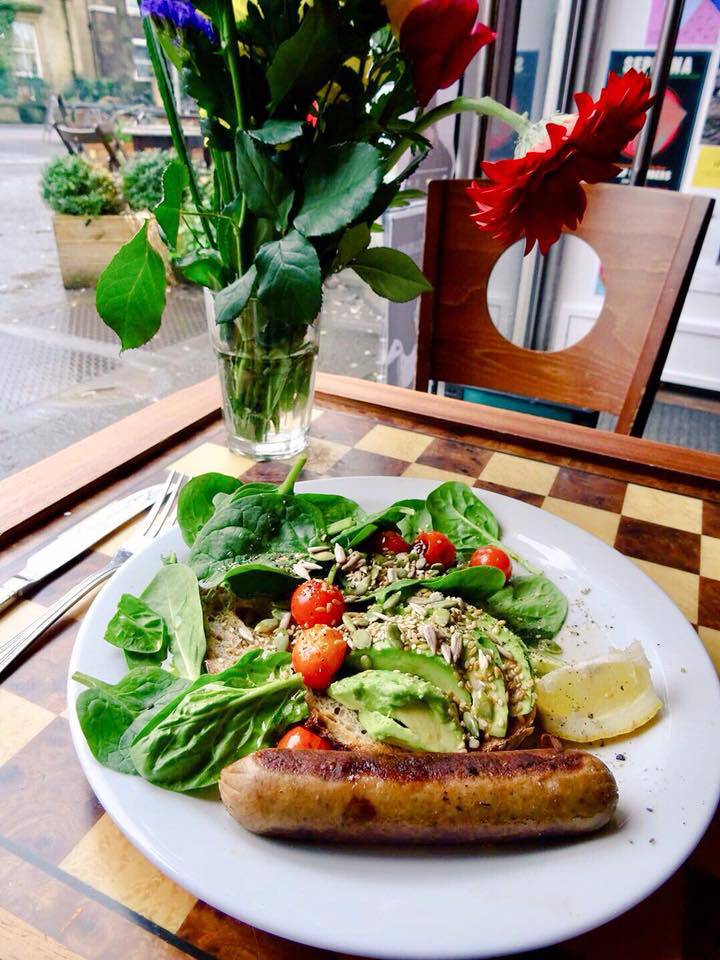 Jack, a self-confessed lazy veggie, reveals how the cafe has converted cynics and picked up a famous following, including the Leeds Rhinos team, and in particular, Vegan poster boy Anthony Mullally. The response to the NoChicken Chicken has been overwhelming, which Helen describes as like for like in terms of cooking. As far as possible she uses local suppliers in the kitchen, with bread from Leeds Co-op and Bongate Bakery in Otley, Veg from Neil’s at Kirkgate Market, and their own Polytunnel off York Road. Their little freezer is loaded with Northern Bloc ice cream, perfect for their outside seating area and those late night gigs. But back to the Brunch. My bagel sandwiches spinach and avocado and two of those illustrious sausages, which are meaty, well-seasoned, but definitely not meat. The real pinnacle here is the yolk, a sunny dome sprinkled lightly with paprika, tentatively shining through the ringed plinth of dough, in what might possibly be the sexiest fried egg around. Better still was my Breakfast Bowl of creamy dairy-free yogurt, deep red juicy cherries, blueberries, banana, chia seeds and cacao nibs, decorated with twists of grapefruit and crunchy granola. Pretty good going for a fiver. They’ve also got homemade vegan waffles with weekly changing toppings, make their own smoothies and juices, and even have a brunch cocktail list if you want to go all out at the weekend. The coffee is from Maude down the road, and they’re soon to be extracting the Dock’s own North Star to change things up a bit. My Americano was chocolatey and sweet, everything I like in a cup. I can also vouch for the vegan sharing plate, a great late night nibble, with avocado, griddled courgette, apple slices, olives and hummus, served with chunks of crusty bread. 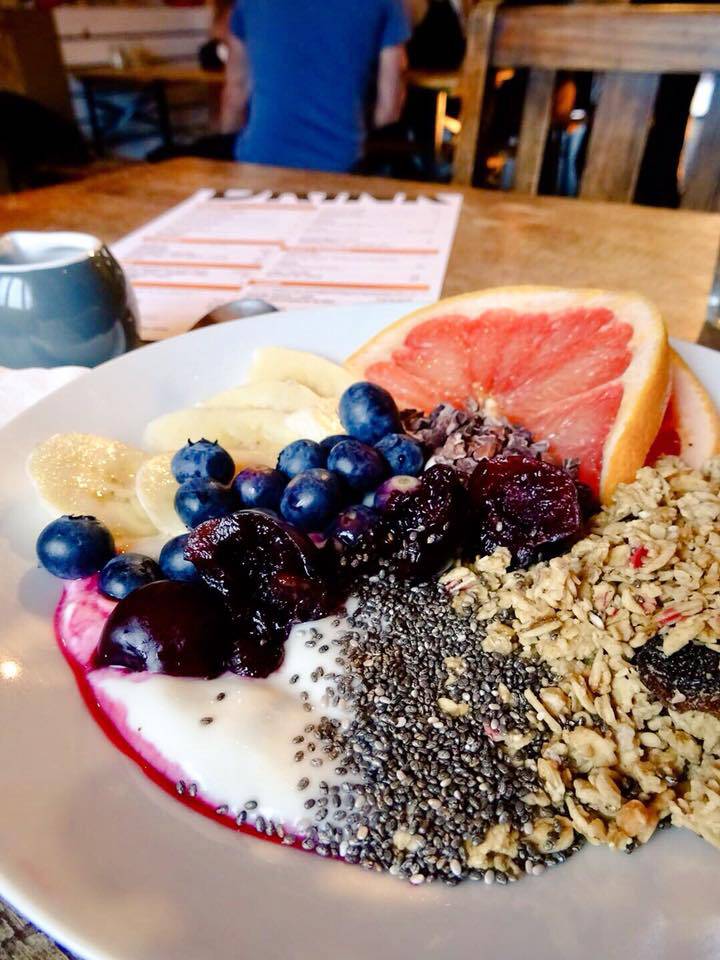 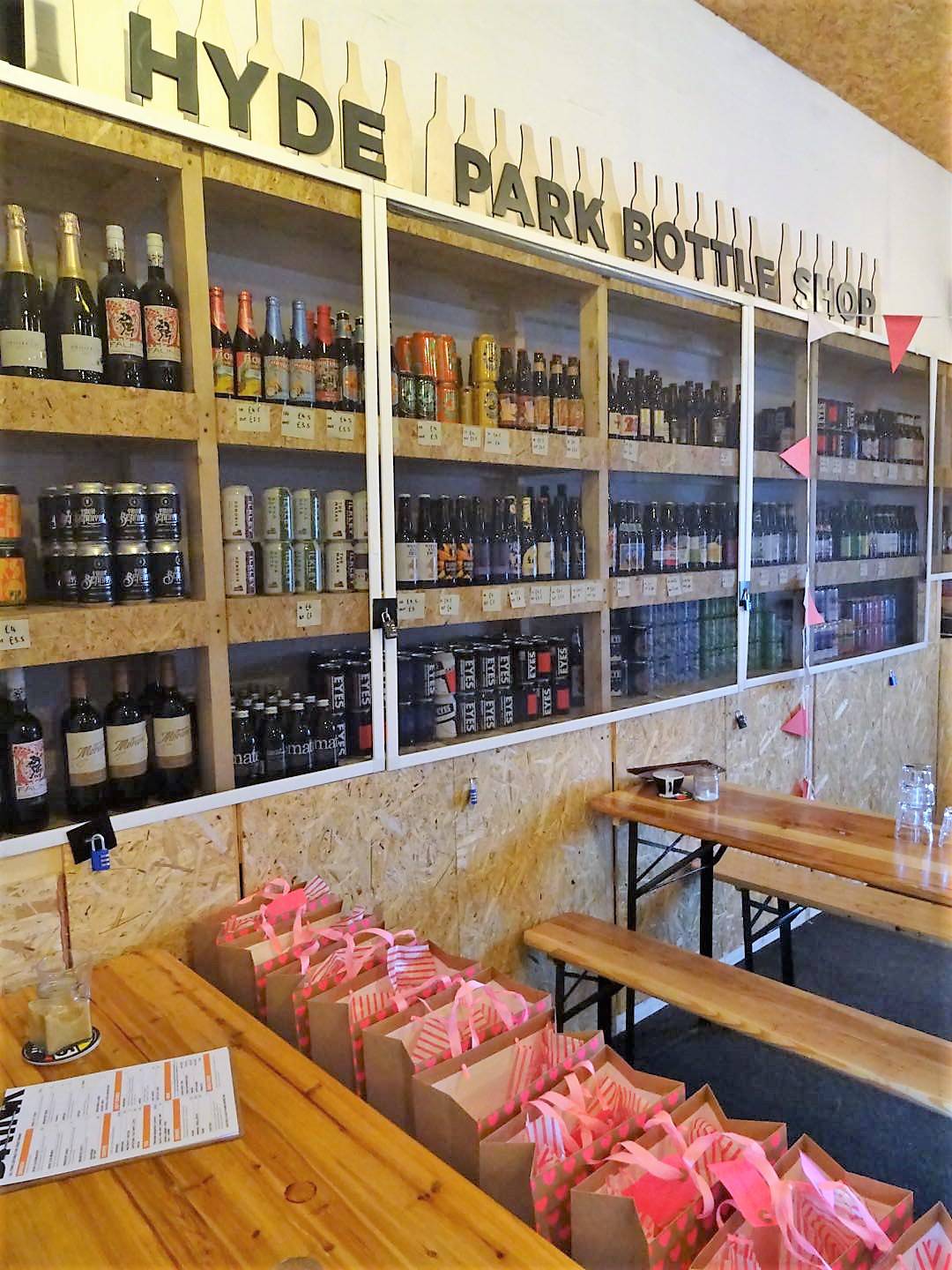 Hyde Park Book Club really is a chilled hang out any time of day, and with something different on every night of the week, it’s an awesome place to hear a new band or stumble across a board game battle, meet, eat, write, rave and repeat. What’s cool is that most of the events are free, mega cheap, or raising money for a worthwhile charity. In their middle room, they’ve taken that Australian bottle shop concept on board, with shelves of local beers and wines, to drive in and pick up on your way home. With cans of Eyes from Headingley, Northern Monk, Ilkley and Sailtaire breweries, they’ve got some interesting bottles from the USA, and that awesome coconut Mongoza Belgian wit beer. Helen is a dab hand when it comes to choosing wines, recommending me her favourite easy drinking red, a Washington State Syrah, appropriately named Boom Boom.
I think they’ve hit the nail on the head in creating a public space with an open ethos and welcoming atmosphere, where you can be whoever you want to be, unleash your artistic side, or simply curl up with a book and a veggie sausage roll. Check out their website for an exciting line up of events, and rock up early for a bite to eat that might just surprise you.
Hyde Park Book Club, 27-29 Headingley Ln, Leeds LS6 1BL – 0113 274 9888 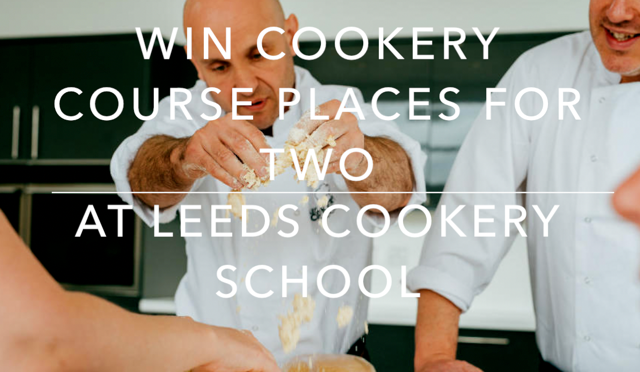