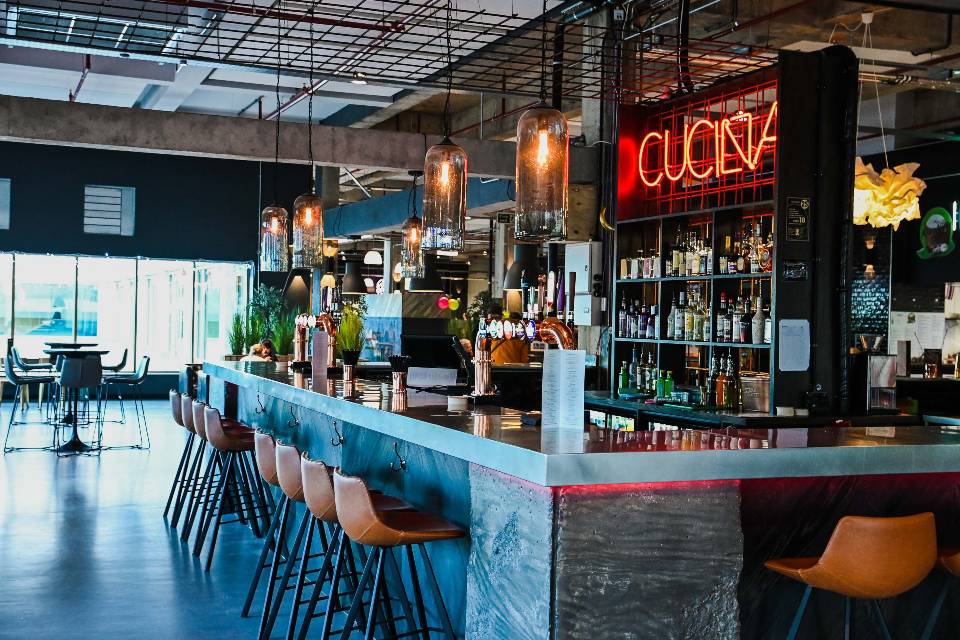 Barnsley’s new street food concept above its thriving Markets is a radical departure from the much loved commercial heart of the town. From their temporary location to the racing green-tiled home within The Glassworks complex, folk have adapted quickly, and the Market Kitchen development has been met with an overwhelmingly positive response. 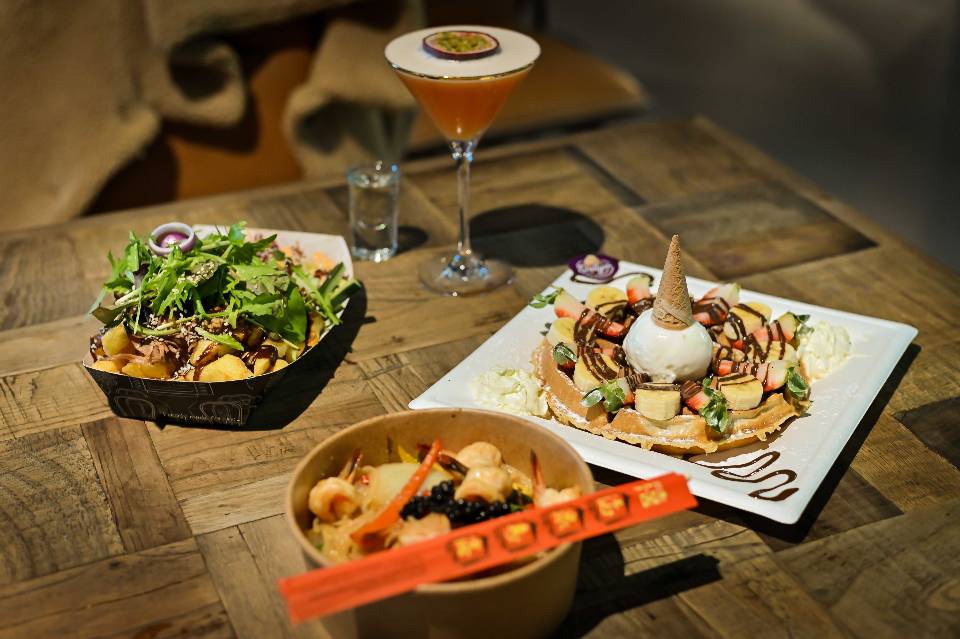 Despite press citing the decline of the Great British high street, Barnsley has remained as one of the top towns for independent shopping in the country, with customers feeding the local economy in the most sustainable of ways. Each trader upstairs has an account with the stalls below, and there’s a real sense of community spirit as you wander around; a young staff member from the pizza place runs up with a packet of ham from the butchers, an easy fix if the ladies from Khao Niew Thai are out of herbs – it’s the definition of fresh.

The council’s efforts to align the two floors comes at a time when customer habits are changing. An eco-conscious demographic, lead by social media to Jar Bar’s halloumi fries, may pick up a broccoli or two on the way home. The launch of ShopAppy offers an affordable click and collect service for your market purchases, all in one place. However, it’s apparent that there’s still a huge demand to price check and prod your pears in person. 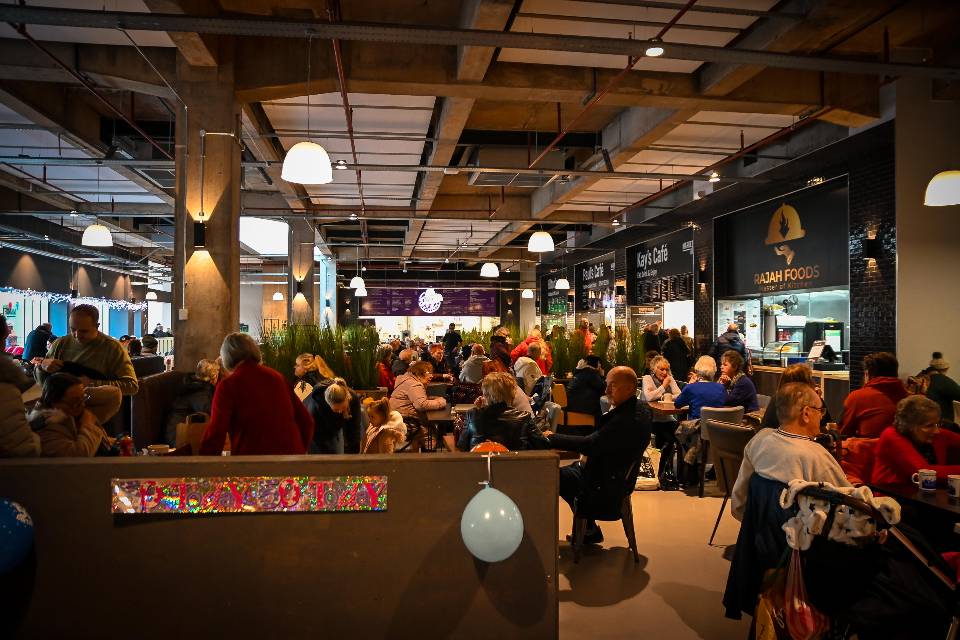 The Market Kitchen is heaving at eleven o’clock on a Friday morning. There are solo diners, sat in the same seat they choose every weekday, a group of college girls sharing a mushroom pizza, couples arguing over flat buttered teacakes, and two workmen playing Guess Who besides their compostable burger boxes. Crisp golden bhajis are flying out from Rajah’s, tables nursing Hiltons green mugs, trays whisked away by smiling staff. It’s a slick operation, with no litter to be seen. The space is bright, red white and blue bunting hangs in the windows, plants dotted in-between chairs, and the real win, underfloor heating. 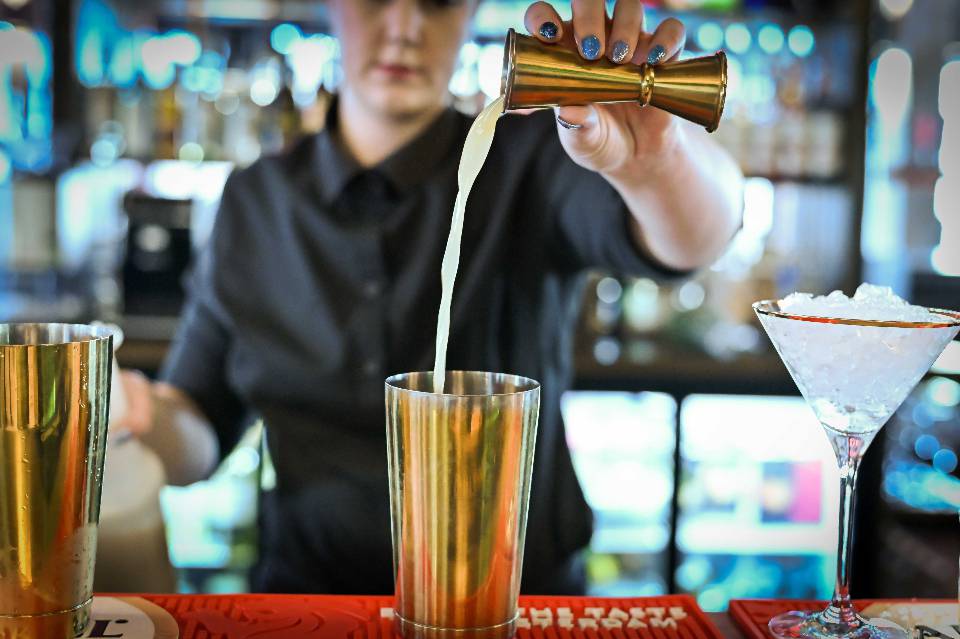 Sleek neon Cucina Bar will soon be bringing Italian aperitivo cocktail culture to the market with tempting bar snacks and artisan charcuterie and cheese boards. Plans are in motion for a varied events programme making the most of the open-plan bar area, Barnsley’s first sky lounge with a rooftop terrace. Think Summer DJ sets, children’s activities, Aperitivo hour, and pop-up vendors peddling the latest culinary creation. The town has never seen anything like it. 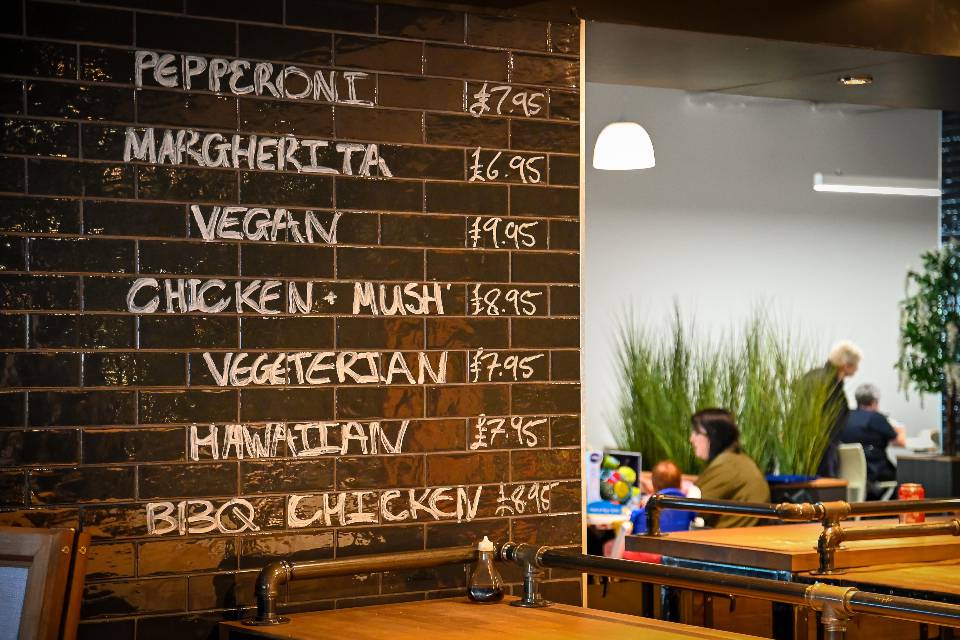 Traders in the Market Kitchen display real skill and graft. If you’re lucky you’ll catch Fraser from The Breeze Bros spinning dough on the back of his hands, Sam down at Quack, shredding duck with a Bear Claw, Nida from Khao Niew steaming mountains of sticky rice in the traditional Thai Hued basket.

The cafes have been a real anchor throughout the project, moving in after more than twenty years of serving up the best value breakfasts in town. By half eight there are queues outside for Kays, Hiltons and Pauls, each loyal customer base having kept their favourite in the family for generations. And it’s that blend of tradition, with the foodie new wave, that makes Market Kitchen so special. 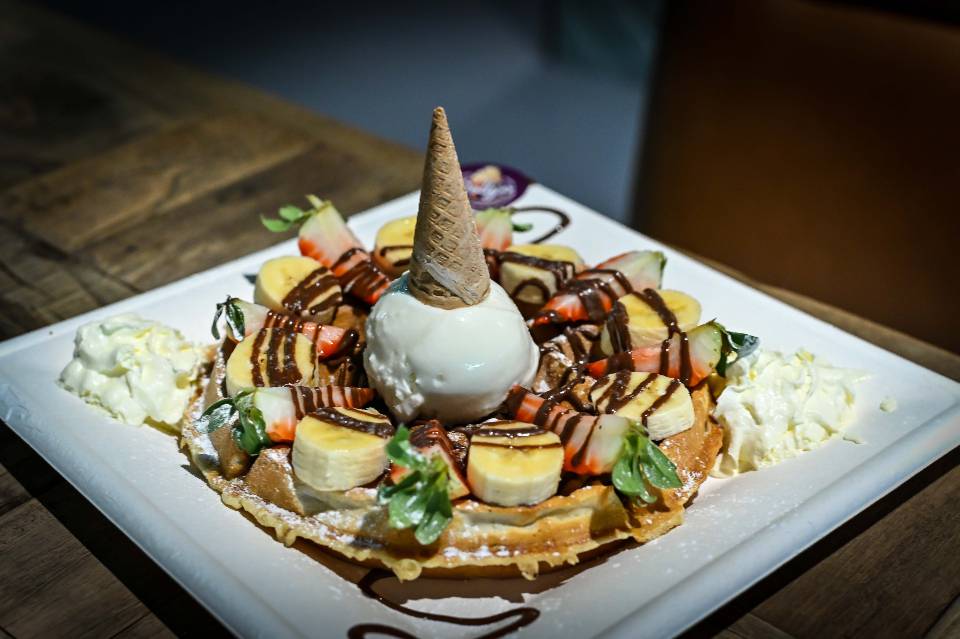 Dolly’s Desserts, ran by mother and daughter duo Janine Davis and Charlotte Smark, have taken their sweet tooth to the next level since Ice Queens took off in the Arcade down the road. Named after their black Cockerpoo, Dolly’s does everything, from crepes to pancake stacks, sundaes to waffles, making their own gelato in the back using Nikki’s confectionary from Sweet Treats downstairs. 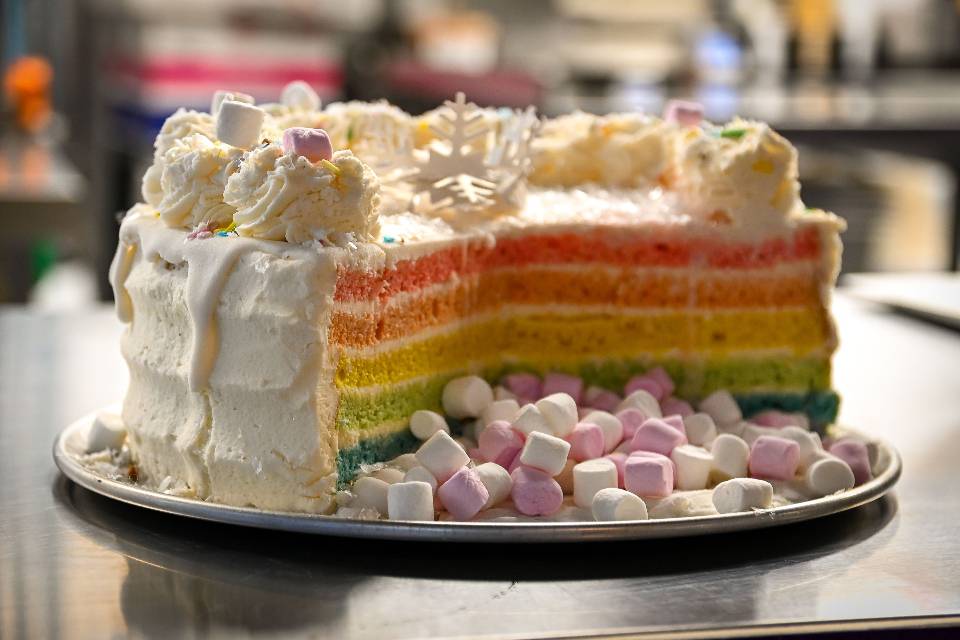 Their indulgent freak shakes contain local milk from Dave & Dave’s Fruit and Veg stall, and their popular kid’s parties and picnic table afternoon teas can be themed for Harry Potter, unicorn and Frozen fans alike. At Christmas, their giant Ferrero Roches sold out in a day. 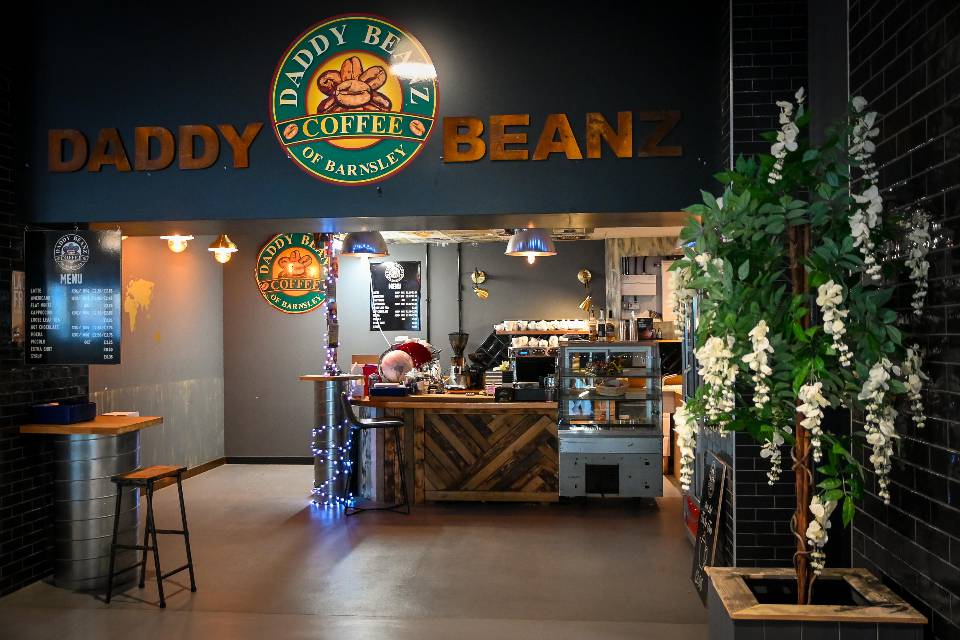 In the opposite corner, Mike Breeze looks on as 100% Arabica coffee is poured at Daddy Beanz, after being roasted until dark, just up the road. His second venture, The Breeze Bros, slings dough from a unit made from recycled materials. They advertise not one, but three types of vegan mozzarella, handcrafted by local company No Whey. Fraser is busy shaping gluten-free bases for a hungry crowd. How does Barnsley feel about pineapple on pizza? It’s their second best seller. 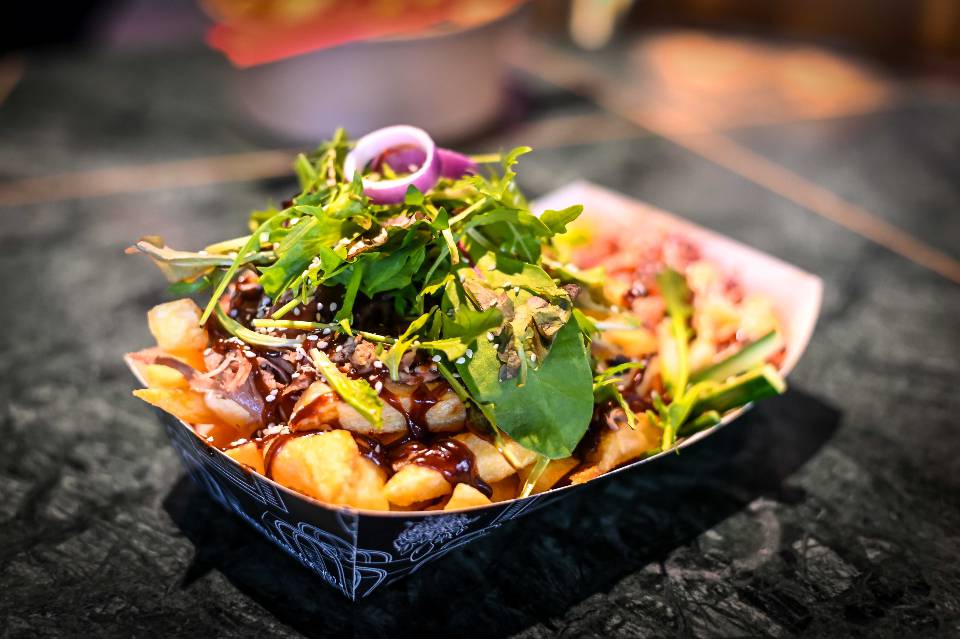 Proving that the town isn’t afraid of unique flavours, Lorna and Brian, who have been on the festival scene for eight years, have taken their favourite ingredient and run with it. Quack specialise in rotisserie duck, which tops salads and twice-cooked duck fat chips, filling pancakes with hoisin sauce. You can even buy a whole bird and roasties to feed six for your Sunday lunch. 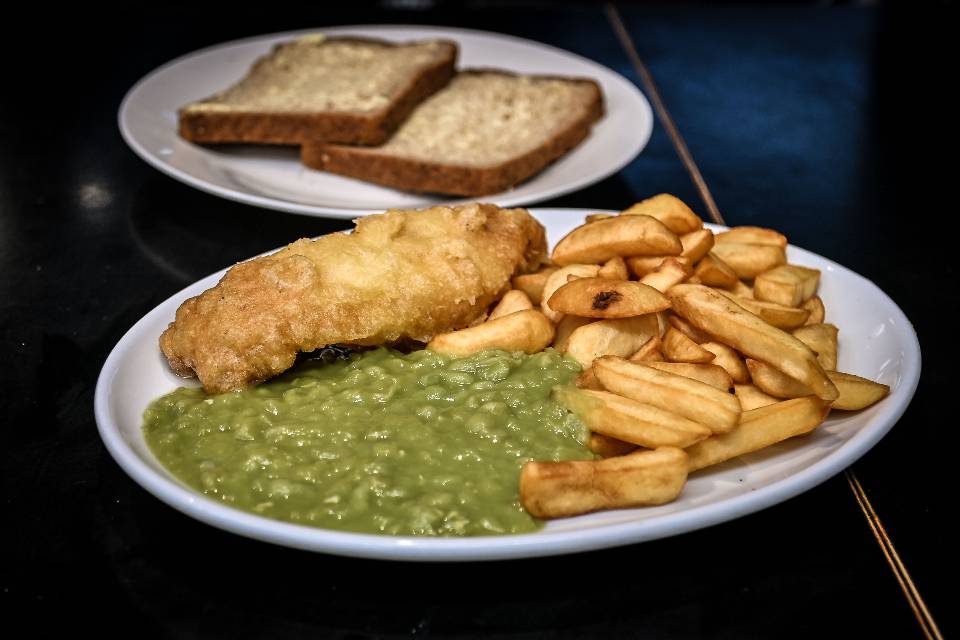 Home comforts are on the menu at Kays, where an army of ladies are hard at work preparing shepherd’s pie, lasagne, and omelettes from scratch. Kay herself has been serving regulars for twenty-five years, Barker’s butchers supplying the meat for her carvery, with fruit and vegetables from E.B Price & Sons, down by the market’s Mayday Green Entrance. She’s proud to plate up the only fish and chip dinner available, which comes with bread and butter and your choice of hot drink. Another all-female team head up the Khao Niew Thai stall, who applied to trade after the success of their Doncaster Road cafe. Their colourful aprons and embroidered denim shirts aren’t the only things brought over from their hometown of Sisaket, a northeastern province of Thailand. Each recipe uses a classic technique to layer dishes, such as Nida’s stir fry sauce laced with Chinese key and Thai basil. Policemen wait in line for her spicy noodles with green beans and bamboo shoots, decorated with black bubbled peppercorns. 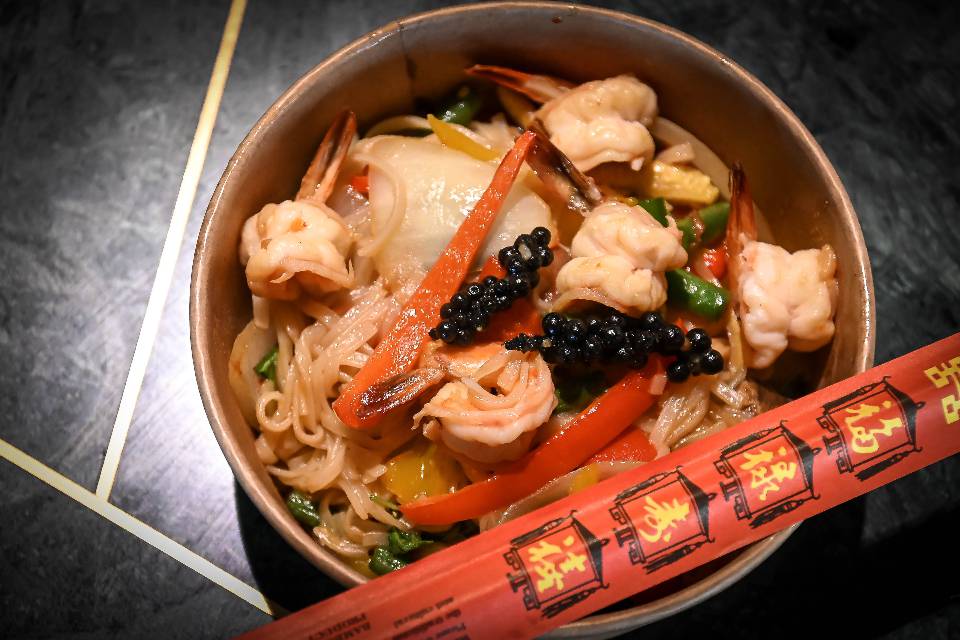 It’s safe to say that the public has truly embraced the new site, and with an ever-expanding range of customers, Bansley’s Market Kitchen caters for anyone and everyone. With the rest of the development set for completion in 2021, named in honour of the town’s industrial heritage, watch this space as The Glassworks puts Barnsley firmly on the cultural map.