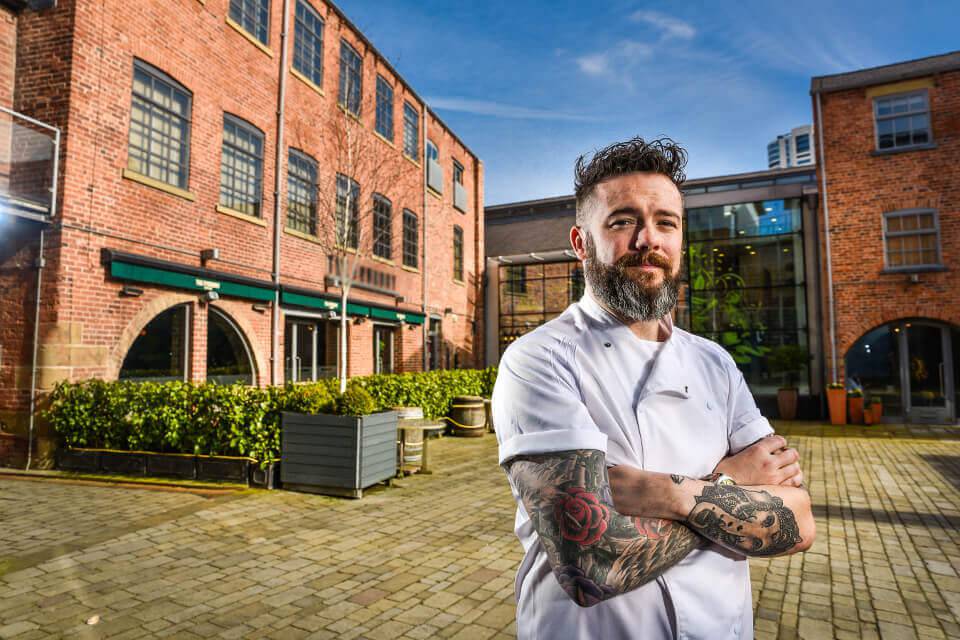 Matt Healy, the Yorkshire-born chef who was runner-up in BBC’s MasterChef: The Professionals, has announced he is to open a restaurant in Leeds.
Horsforth-born Healy, 35, has been revealed as the successful bidder for the city’s renowned restaurant, The Foundry.
The Leeds chef shot to fame in 2016 when he was runner-up in the professional version of the popular BBC cooking programme – with two-Michelin-starred judge Marcus Wareing famously describing one of Matt’s sauces as ‘one of the best he had ever tasted’.
Matt previously worked at El Gato Negro in Manchester, a former Michelin Bib Gourmand restaurant and winner of Gordon Ramsay’s best Spanish restaurant in the F Word TV show.
A number of parties made bids for the award-winning restaurant – which has been a Leeds dining institution since 2005 – after current owners Phil Richardson and Shaun Davies revealed they would be stepping down and selling the Round Foundry-based eatery.
Speaking about the acquisition, Matt Healy said: “I’ve been looking for a Leeds venue for a long time and when we heard The Foundry might be available we jumped at it – we had to have it.
“This place is an institution, it’s been full for 12 years.  Anyone who knows anything about decent food in Leeds knows The Foundry.
“It’ll remain open until the middle of next month when our interiors team get their hands on it.  We see the handover as a changing of the guard – there’ll be a new look, new name and new menu.
“We’ll be sympathetic to what Phil, Shaun and the team have done and what customers have come to expect, but we’re looking to take The Foundry to the next level.”
The Foundry will remain open until the middle of April when it will close for a complete overhaul, reopening the first week in May with Matt Healy at the helm.
The Foundry, 1 Saw Mill St, Leeds LS11 5WH