The Old House Gastropub in York Opens its Doors 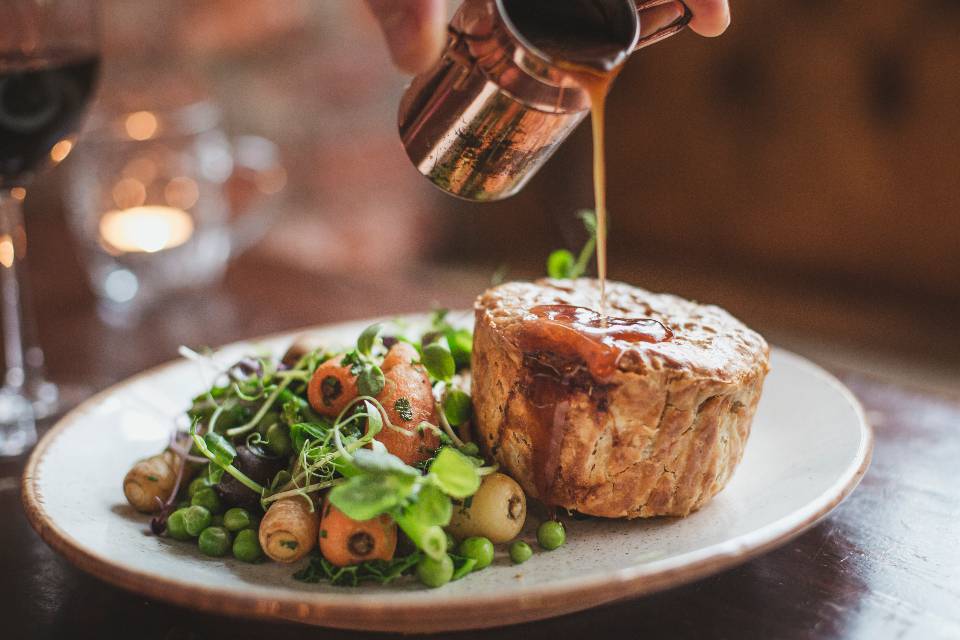 Award-winning company Shoot The Bull has dominated Yorkshire’s street food scene since 2015; setting up shop at the Hull Truck Theatre & Trinity Market, a Rotisserie & Grill at Sheffield’s Kommune, and now a second restaurant opening after the success of The Old House on Hull’s Scale Lane. Located on the historic Low Petergate in York.

Chef Director Chris Harrison may well be one of the busiest men in Yorkshire. From mopping floors as a commis chef in 2-AA-Rosette kitchens to creating Christian Louboutin heels out of chocolate for royalty, his career is impressive, to say the least. Spending time at both Tom Kerridge’s Hand & Flowers, and Heston Blumenthal’s The Fat Duck, he became Head Chef at 1884 Dock Street Kitchen on Hull’s up and coming Marina and now employs a large team across multiple sites. Regularly catering for weddings, private events and location filming up and down the country, popping up with supper clubs, even distilling his own gin, the young entrepreneur has his hand still very much in the business. 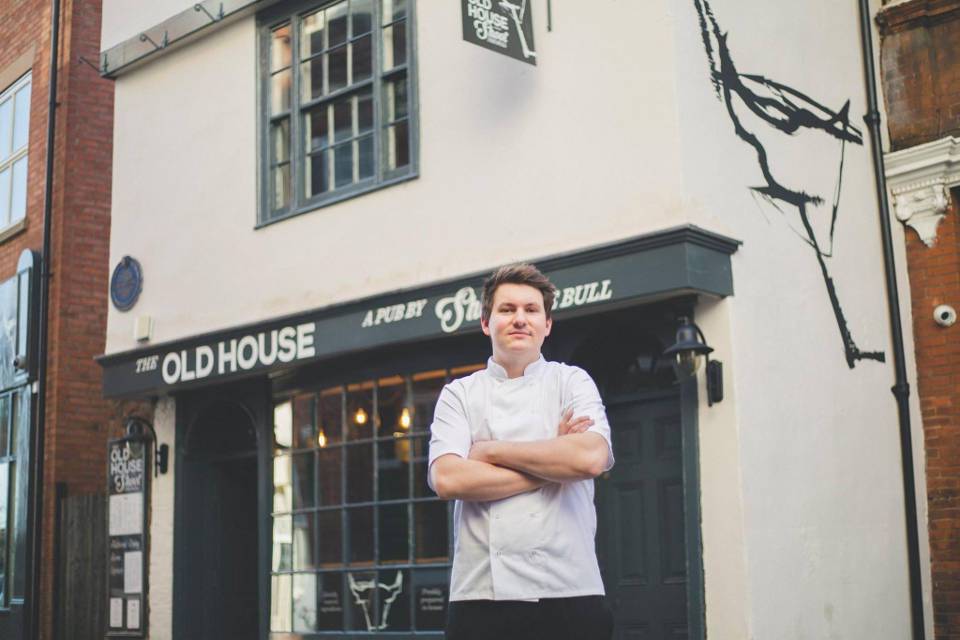 As we caught up with Chris ahead of The Old House opening in York, he’s tied up designing menus and ordering vinyl for the new venue. “It’s really exciting” he explains, “It’s been really tricky with it being an old building, but then…they are just full of so much character.” Anyone who has visited their Hull restaurant will know exactly how that character adds a real warmth to the experience, with low timber doorways and creaking floorboards affirming the premises 15th-century heritage.

Similarly, over in York, the team will play to the building’s features, just one of many steeped in ancestry along Petergate, a Medieval bookbinders alleyway in the shadows of the Minster. “We’ve taken all of the suspended ceilings down and revealed all the original beams,” Chris recalls, keen to retain the feel of the Old House brand so well established in Hull. “Deliberately we’ve put the same colour scheme in there…the same panelling…we’ve got a massive tree trunk bar the same as in Hull”.

Crucially the venue is twice the size, seating one-hundred covers, with the addition of a sought after courtyard for thirty more, kitted out with a canopy and heaters for all weathers. Right in the heart of the city, this will enable The Old House to tap into every market. Expect alfresco drinks on a long Summer afternoon, plus hand-pulled local ales and innovative bar snacks to cosy up with by the fire in the colder months. 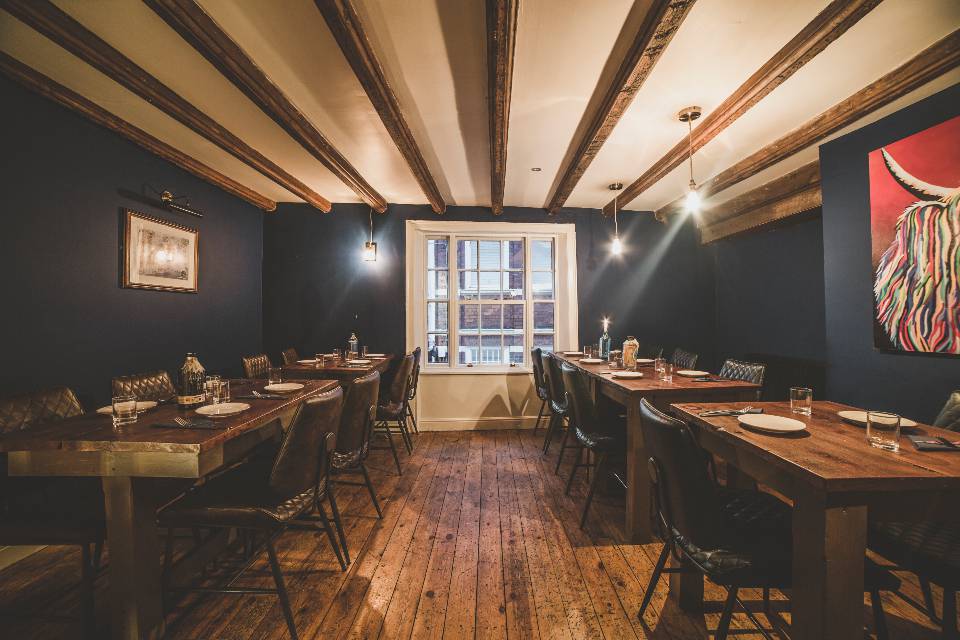 The Menu at The Old House York

“Our idea is, come in for a beer, read the menu, and you’ll want to have dinner”, Chris states, confident The Old House will stand out in York’s fairly saturated dining scene. Inhabiting what was Wagyu Bar and Grill, The Old House will serve Warrendale Wagyu beef from nearby Pocklington, a breed so versatile it’s guaranteed to overturn your perception of steak. “It is true, once you eat Wagyu, you can’t really eat other beef, because the level of quality is so remarkable…the sirloin is just incomparable to another sirloin.”

High up on the agenda is a commitment to using local suppliers and sourcing ethically, an ethos that runs right through the business, from a festival horse-box to the sit-down restaurants.“We’re not vegan” Chris admits, “but we respect what we do. We don’t just put a fillet on the menu and forget about the rest of the cow.” It’s a nose to tail offering which supports their reputation for being ahead of the curve. Scallops and scampi are caught up the East Coast in Hartlepool, the bread and focaccia made by the chefs in house.

Will we see Shoot The Bull’s signature cracked fries on the menu at York’s Old House? “Street food for me, if you define it, is essentially on-trend food” Harrison continues, “the menu is focussing around good local ingredients, seasonal English food, but with our Shoot The Bull modern twist, which may be taking influence from street food, or some of the places I’ve worked over the years, learning different techniques myself and the team have all picked up.”

One of those techniques is chocolate and pastry work, and with a self-confessed sweet tooth, Harrison has enjoyed sharing his knowledge of desserts with staff, who will work across both sites. “In Hull and York, the menus will kind of run and change together…we’re deliberately creating an environment in which we can bounce ideas off each other.”

Not afraid to celebrate quality products from the region, York too will see a choice of Northern Bloc ice creams on the menu, in praise of their real “cheffy approach” in terms of flavour combinations.

The City of York

Although the brand is known for doing things a little differently, they’re aware of the city’s tourist trade, contemplating menus which can be scanned and translated with a QR code and spins on British classic pub fare. Think fish and chips, but with a more sustainable fillet of coley, served alongside miniature patties in homage to Harrison’s beloved hometown, mac & cheese filled espresso cups, beignets and sliders stacked high for Afternoon Tea. 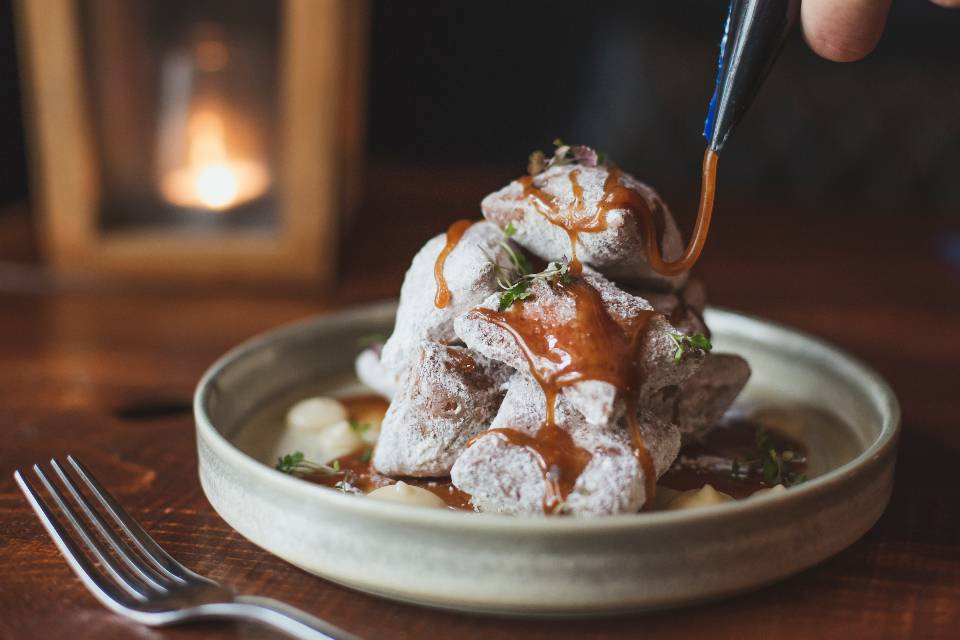 What to expect from The Old House York?

Guest Chef nights and wine events are in the pipeline for The Old House in York, Harrison keen for “it to be a venue where there is something going on that people can plan ahead to.” Customers will certainly be back for Shoot The Bull’s own gin, born out of a staff Christmas party at Humber Street Distillery, a blend of hickory-smoked chilli and lime, perfect in a long glass with a Mediterranean tonic and big wedge of cucumber.

With the business expanding at a rate of knots, by the end of February they’ll have ten sites, with two currently under development in Manchester and Leeds. It’s a miracle Harrison finds time to stay so grounded, “We just try and give the best plate of food”, he maintains. You won’t want to miss out on one of York’s most anticipated openings of 2020.