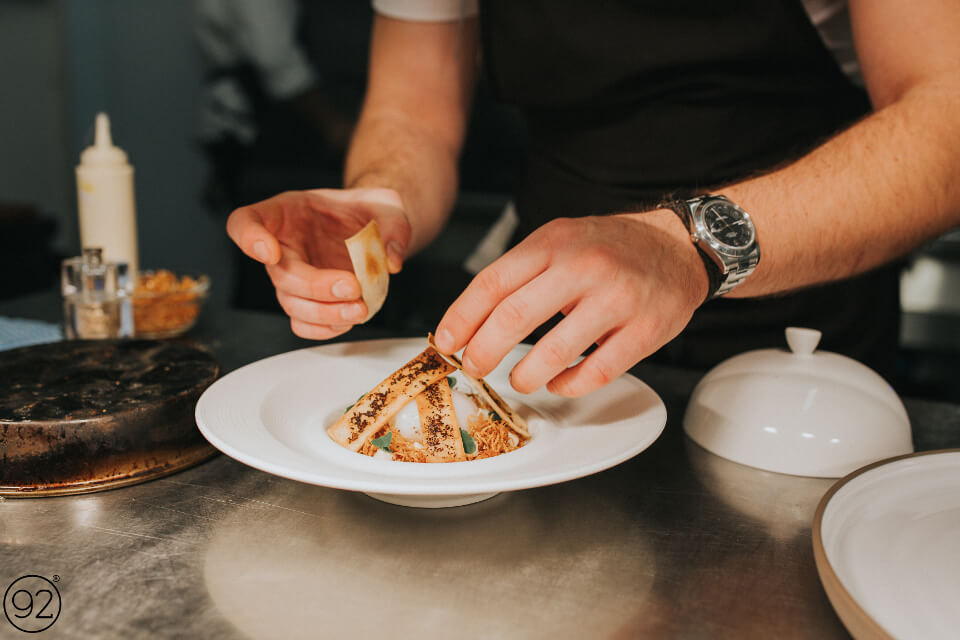 Despite only opening in November 2015 Restaurant 92 is fast becoming one of Yorkshire’s best restaurants. Harrogate’s Chef of the Year, Head Chef and Patron Michael Carr has a very interesting story to tell about his vast range of experience at such a young age. From working with Gordan Ramsey, cooking for the Beckhams and helping towards a number of Michelin-Star accolades across the country. After all this and Restaurant 92 recently being listed in the Waitrose Good Food Guide 2018, we jumped at the chance to interview the chef and restaurant of the moment that we assure you is one to watch.

What is your background as a chef?
At 14 I started as a waiter at my local pub the Square and Compass, just outside of Harrogate. When the kitchen was short, I helped wash pots, then moved onto desserts, making pastry and sauces. From a young age, I was capable of cooking, I’d found something that came easy and natural for me. I was approached to look after the kitchen one day after the head chef didn’t turn up, I loved it and relished the fact of being in control of the kitchen.

The turning point was when Stephanie Moon came in the day I stepped up as head chef. She enjoyed it so much that she asked who the chef was, the owner at the time was embarrassed to say it was the 14-year-old boy in the kitchen. Following this Steph offered me a placement at Rudding Park Hotel. I’d gone from home cooked style of food to top-level fine dining, I was thrown in the deep end. After 6-8 months, I was running different sections then just before I turned 17 I became Chef de Partie. Steph then arranged placements at the Pipe and Glass and Northcote, it was fascinating working with one Michelin-Star restaurants. From this experience, I knew this was the path I wanted to follow in terms of the high accolade kitchen environment.

Restaurant Offers Near Me: March 2019

I wanted a change and to meet new people so moved to Cornwall where growing up, was like a second home to me. I worked at The Driftwood a small boutique hotel. We won a Michelin-Star whilst I was working there which was an amazing feeling.  The Head Chef advised me to pursue a career in London and set up trials for me with the Ramsey Group, Pied de Terre, Hix and The Ledbury. I was offered a position at all four but choose the Ramsey Group. At 19 I worked at Claridges, managing 4-5 other chefs and worked my way up to Company Sous Chef, attending meetings with Gordan himself, cooking for the Beckhams and working at all the other restaurants in the group.

I was then head-hunted by Alyn Williams at The Westbury, where we also gained a star during my time there.  All this experience has put me where I am today, in terms of what I’m doing and the knowledge I’ve gained. I’ve seen more than most in a lifetime and I’m super happy and grateful for the opportunities I’ve been given.

I moved back to Harrogate for family reasons and have taken all this experience with me to Restaurant 92.

How did it feel to win Chef of the Year 2017 at Harrogate’s Travel and Tourism Awards?
Chef of the Year is often the most talked about award. This year it was like MasterChef, we all took part in a cook off at Harrogate College, we were given a box full of ingredients and told to produce a main course and dessert. The same day I had Michelin in for lunch so I was a little stressed and rushing to get back! I was chuffed to bits to have won. A great feeling for me and my team who always put in every ounce of effort.

How would you describe the concept of Restaurant 92?
We opened the restaurant to produce tasty, clean and beautiful food, that is sometimes unique, in a relaxed atmosphere and with great service. Making you feel at home. We don’t want people to feel under any pressure when they come to the restaurant, there’s no dress code, it’s just all about customers enjoying what we are putting our heart and soul into. We are a young team and all of us have worked hard to be where we are in our career. 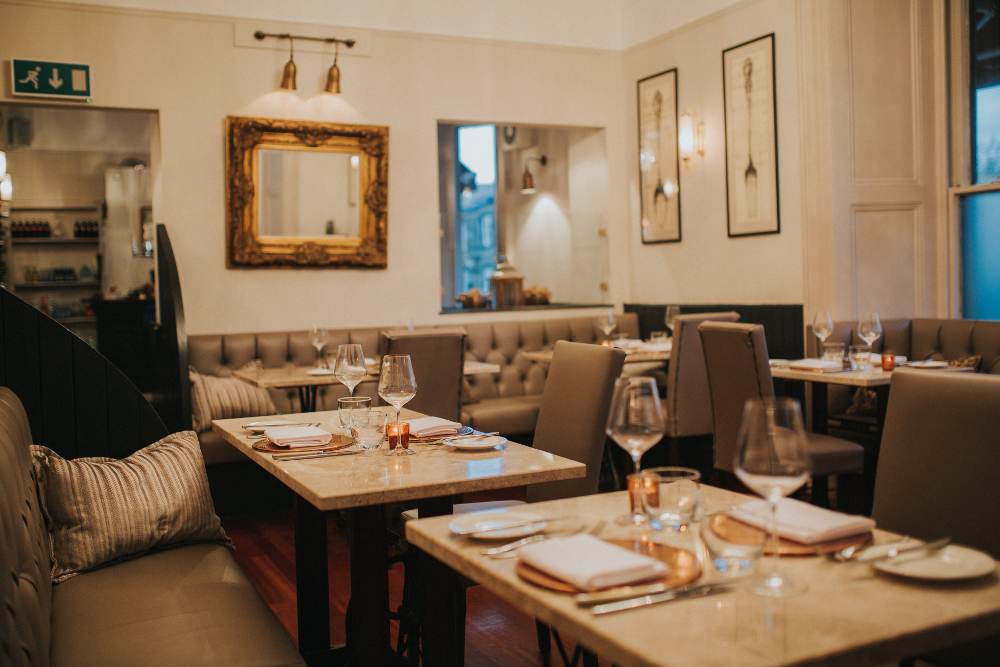 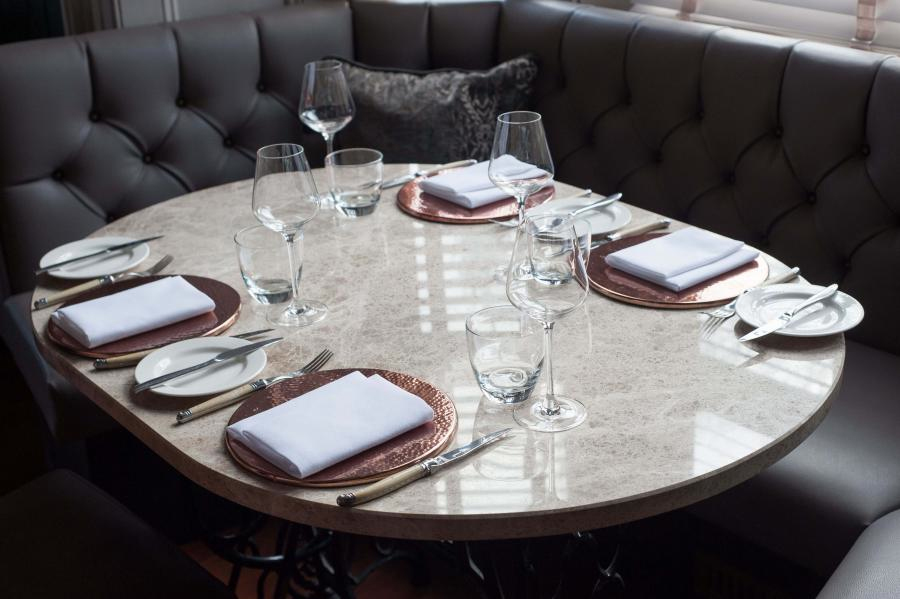 Tell us a bit more about the food on offer?
Our Tasting and A la Carte Menus really showcase what we are all about in terms of the skills we have to offer. Our 92 Menu is full of dishes that people know and love but with a quirky twist and all enjoyed without spending a fortune. So, we have fish and chips but this is with poached haddock in lemon butter, curly potatoes as scraps that wrap around the fish, pea puree and a de-constructed tartare sauce.

We are also very proud of our Vegetarian Tasting Menu. Personally, I enjoy creating something different with veg, to let people taste the dish and experience something they wouldn’t expect from the original ingredient. 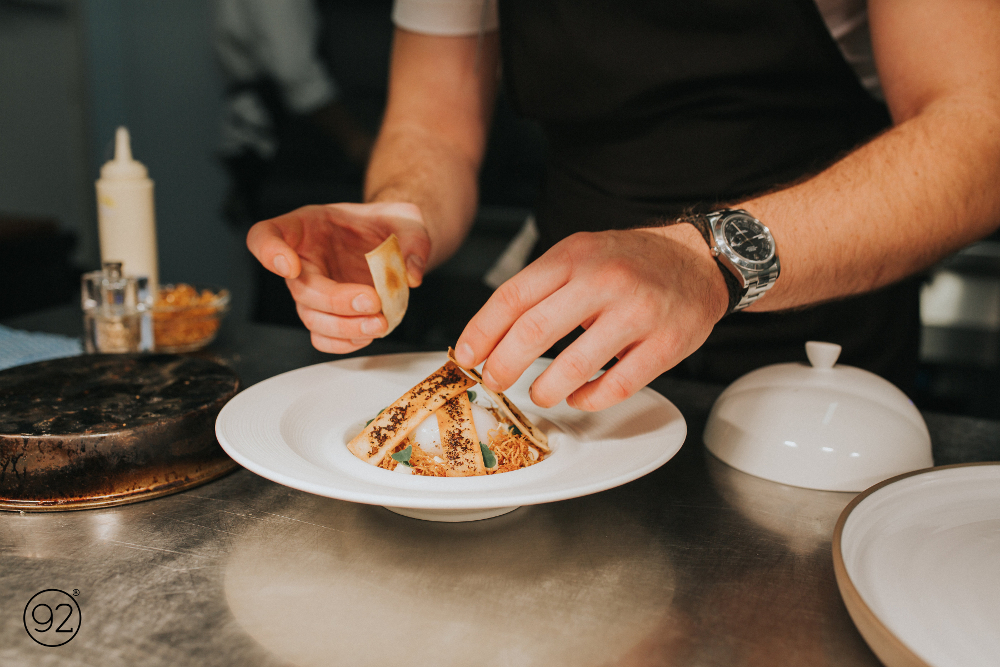 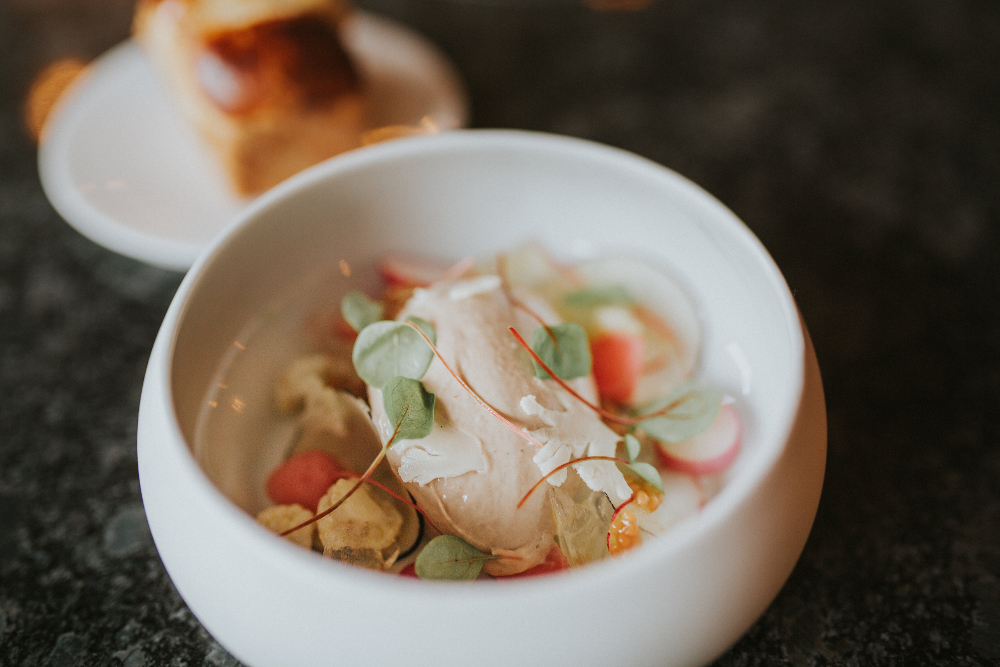 What’s your favourite restaurant in Yorkshire?
Local to Harrogate it has to be The Orchid for me, it’s a place I can just sit and unwind with family or friends, it’s also a beautiful restaurant. Skosh in York is also one of my recent favourites.

What would be your last supper?
My mum is famous for her lemon meringue pie and it’s mega! So as a Yorkshire lad it’s got to be my mum’s Sunday roast followed by lemon meringue pie. You can take me after that and I’d be content!

One of our future plans is to introduce an inexpensive tasting menu of five courses, which interlinks our home-cooked 92 menu and the cooking skills of the a la carte and tasting menus. We now have executive apartments above the restaurant for those who would like “Two Night Stopover” a sleep and dine experience.

Restaurant Offers Near Me: March 2019