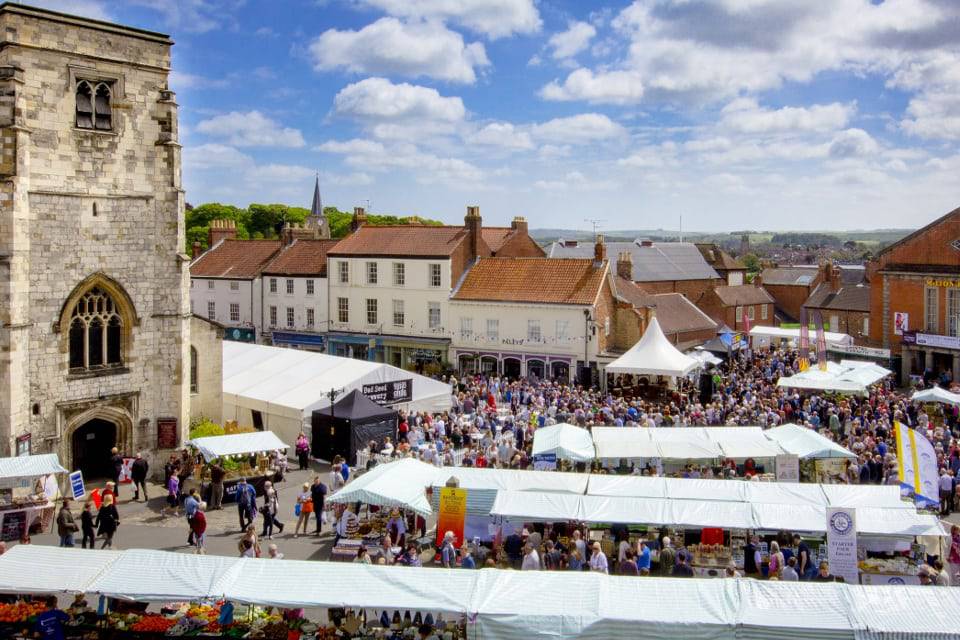 Yorkshire’s Food Capital will celebrate the annual Malton Food Lovers Festival on the 25th – 26th May 2019. Attracting tens of thousands of hungry visitors each year, the Festival is well regarded as one of the UK’s most prestigious food events in the calendar.

Yorkshire’s own talent will headline the event again for 2019 with a host of chefs and representatives from many fine restaurants near and far taking part. The festival will also feature a massive selection of the North’s best food and drink producers as well as a range of award-winning street food stalls.

Tommy Banks, winner of The Great British Menu 2016 and 2017, has confirmed his reappearance at this year’s Festival. Banks is the owner of Michelin Starred – The Black Swan in Oldstead which was awarded The Best Restaurant in 2019 by The Food and Travel Magazine, along with receiving ‘The Best Fine Dining Restaurant in the World’ title by TripAdvisor in 2017. Chef James Mackenzie of The Pipe and Glass and Stephen Smith of The Star at Harome – representing a further two of Yorkshire’s renowned Michelin Starred restaurants will also be joining the line-up.

It will be a first-time visit for chef, food writer and cookery teacher, Sabrina Ghayour, known for her Persian and Middle-Eastern cooking. Ghayour, who has previously been named by the Evening Standard as one of the 1000 most influential people, will be using recipes from her vegetarian recipe book, Bazaar, and will be hosting a vibrant cookery demonstration, along with a book signing session. 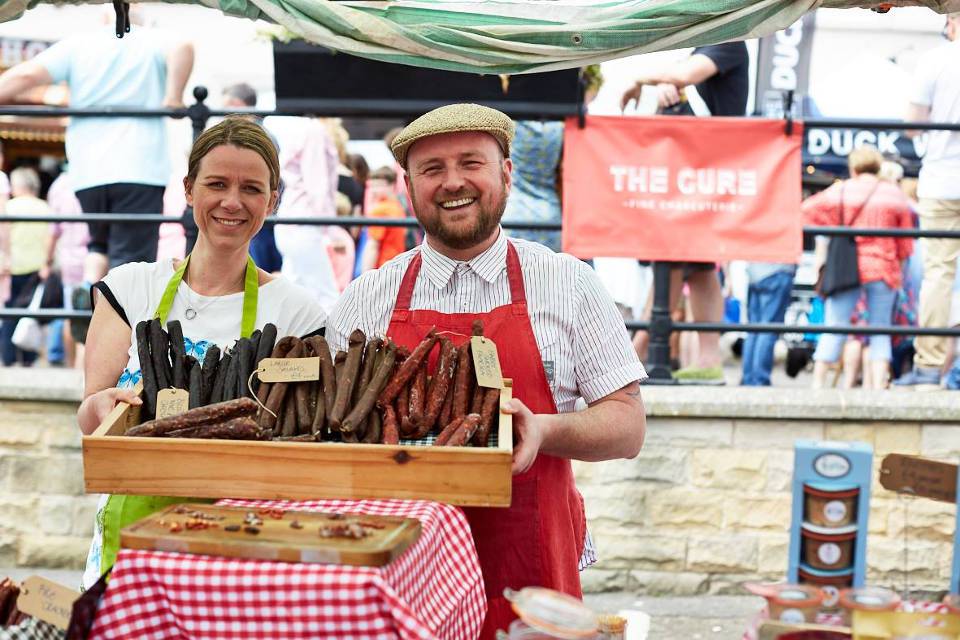 The Malton Food Lovers Festival, which is free to enter, promises a variety of cuisines from all over the world. Many local success stories will be taking up a pitch in the busy market square, including Brass Castle Brewery, Sloemotion Gin, Bluebird Bakery and master patisserie Florian Poirot with his flavourful macarons and chocolates.

Other retailers expecting a busier weekend than ever before including The Groovy Moo dessert parlour based in Talbot Yard, which was named recently by the Food Awards as “Best Dessert Parlour in England”, and Malton Brewery in Navigation Wharf, one of the UK’s smallest nano-breweries.

An ever-growing tourist destination, Malton is famed for its successful efforts to revive the local high-street by championing local food production and was named in The Sunday Times as one of the best places to live in the north.

The town’s 17th-century hotel, The Talbot, has recently reopened having been renovated by Sam and Georgie Pearman, founders of the boutique Cotswold hotel and restaurant group, The Lucky Onion.

Get all the details at www.visitmalton.com/food-festival-yorkshire