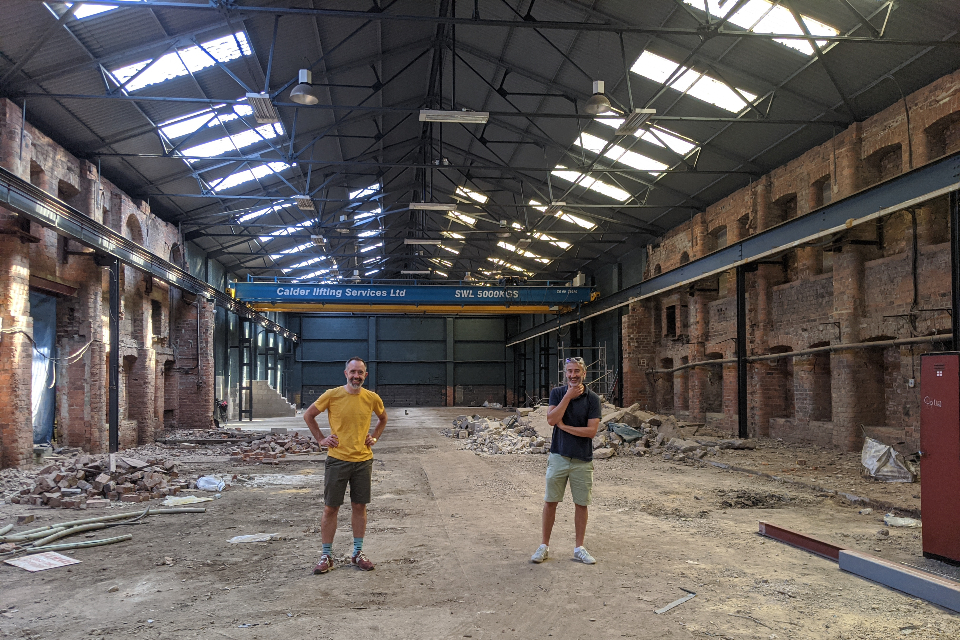 Springwell, located in a former tannery on Buslingthorpe Lane, sees North Brewing Co double their capacity, open a new 500 person taproom, and move their bar and brewery HQ under one roof.

The careful restoration of the 21,000 square foot factory sympathetically showcases its industrial heritage with a bright, modern brewery. 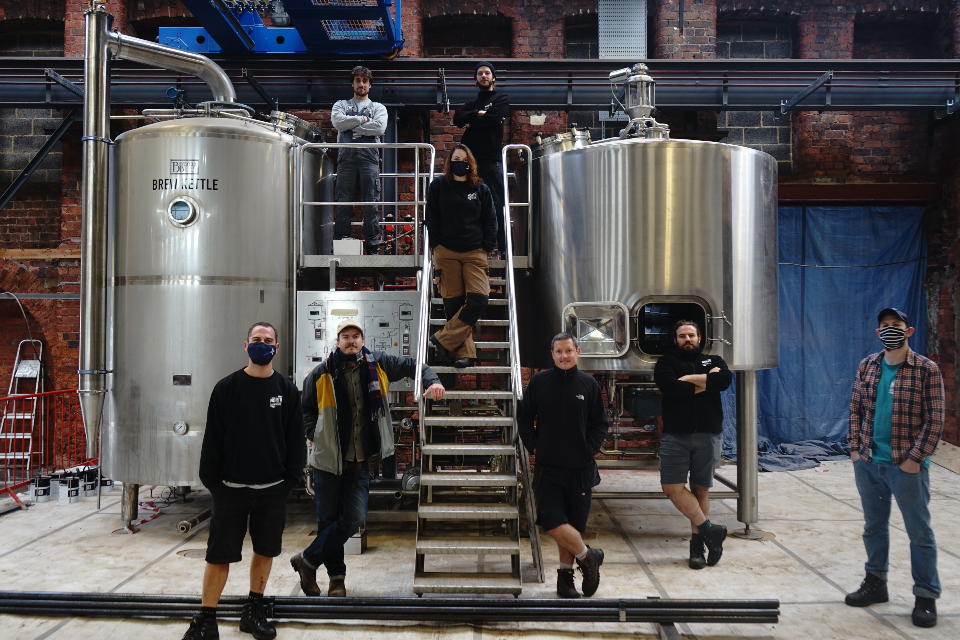 A new Brewery Tap at Springwell

North is already planning to host a number of beer festivals at the new site in 2021, inviting breweries, friends and collaborators from around the world to Leeds.

Springwell will also be home to the North Brewing Co webshop: an area of the business that has seen a growth of 800% so far this year. The webshop offers free delivery on all orders over £20 within a 6-mile radius of the brewery, making it easier than ever to shop local and shop indie this Christmas.

Co-founder John Gyngell commented: “We are incredibly excited to make the move to Springwell. The last five years have seen fantastic growth at the brewery: We have consistently doubled our production year on year, and have reached the limits of our capacity to brew at our current site. Our strong sales mix including export, supermarkets and online sales has seen us achieve record growth throughout 2020.

The support in Leeds for our business has been phenomenal and we’ve been humbled by the love shown for our brand. We are inspired by breweries in the USA who have created destination taprooms at their breweries, and we cannot wait to do something similar in North Leeds. Creating a hub for North at the brewery will strengthen the connection between our team, bars, brewery and the wider community. The bars are currently operating as a pop-up North Brewing Co bottle shops during lockdown, and have played a massive role in the success of the brewery.”

Whilst 2020 has undoubtedly been the most challenging year of business for North Brewing Co and North Bar Ltd it has seen a number of successes: In March North were crowned ‘Best Brewing Pub Company’ at the prestigious Publican Awards, they were awarded Honest Brew’s ‘People’s Choice’ and ‘Visual Excellence’, and took home ‘Business Innovation’ and ‘Brewery Business of the Year’ at SIBA’s annual conference. In addition to this Jo Wilkinson was named ‘One to Watch’ at the Northern Finance Director Awards, and John Gyngell and Christian Townsley were again listed in the NRB Top 50.

North’s original brewery in Sheepscar will be home to the Taverner’s Walk Small Batch Project: an experimental arm of the brewery allowing North to experiment with barrel ageing, sours and fermentation projects.

North had planned to hold an opening party at Springwell on 27th November. However, in true 2020 style, they’re taking the party to Zoom. North have brewed Springwell Lager – their first flagship beer from the new brewery – and will be raising a glass to toast the new site on Friday 27/11/20 at 7 pm. Springwell Lager will go on sale on 25/11/20 via their webshop and pop up bottle shops. Full details of the Zoom brewery tour and toast will be released via social media in the run-up to the event.

Restaurant & Hotel Offers in Yorkshire to Look Forward To