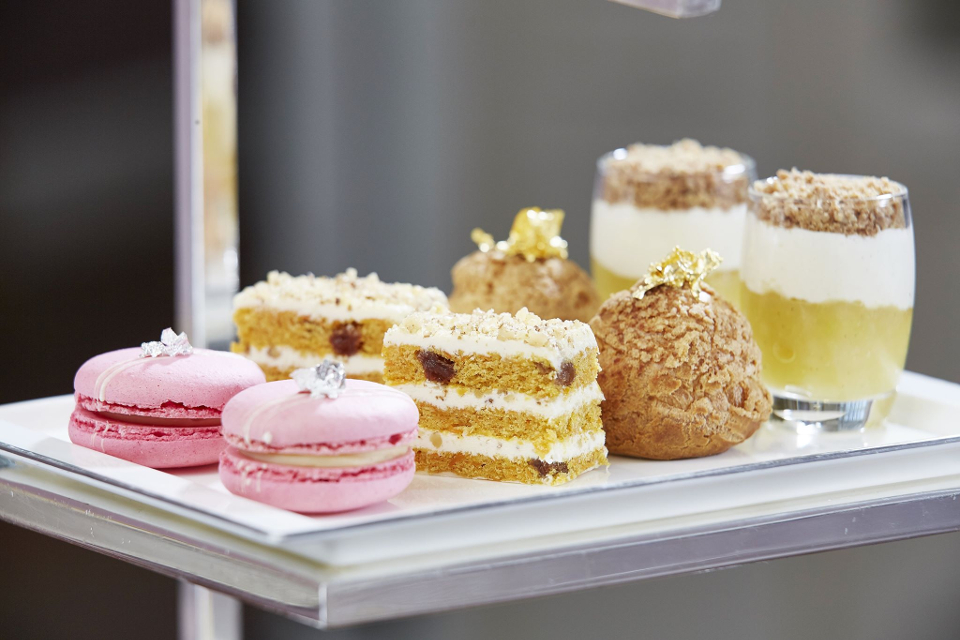 The Devonshire Arms Hotel & Spa has been around for a far greater time than the majority of bars and restaurants we tend to visit in Yorkshire’s major cities. We’re talking a good 300 years more to be exact. It came into the ownership of the 4th Duke of Devonshire in 1753 as part of the Bolton Abbey Estate and was further developed by the 5th Duke, a man well ahead of his time. The estate is surrounded by footpaths, the Dales, the beautiful Bolton Abbey and River Wharf, which all attract a multitude of visitors, regardless of time of year. So naturally, the invitation to try out their Afternoon Tea came as a delight. 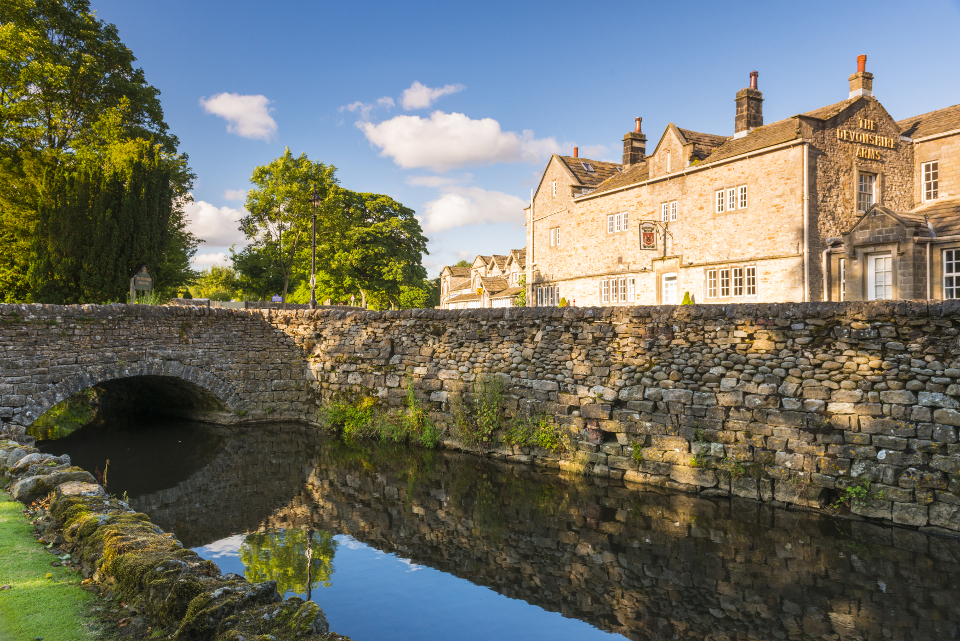 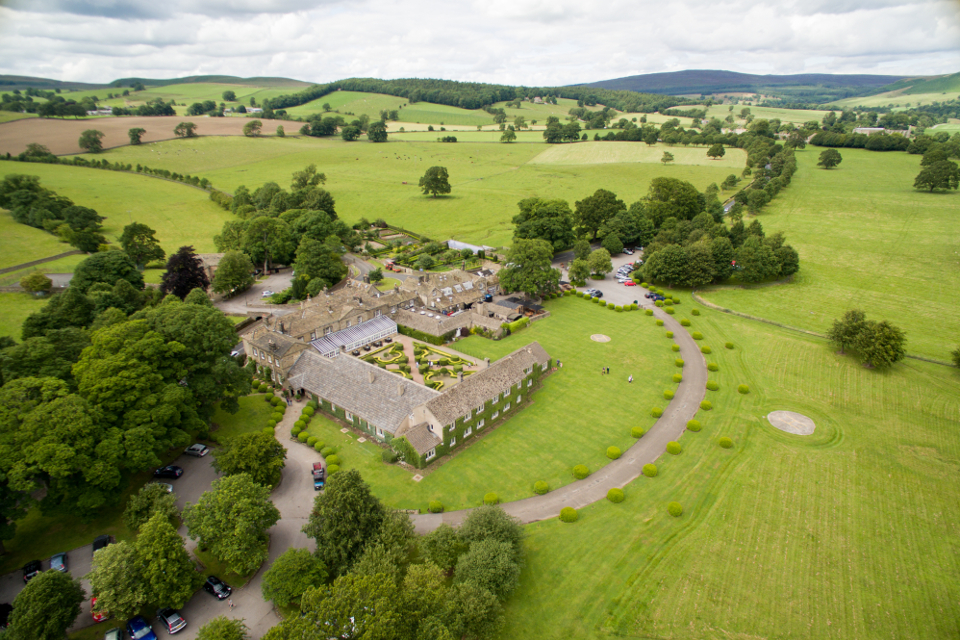 Upon arriving, we were greeted by the receptionist and given directions to The Cocktail Lounge and Conservatory where we chose to sit. Beside us sat an older couple, and beside them a couple no older than 20. The conservatory outlooks onto the Dales and can be quite entertaining depending on the outdoor activities. The service was second to none. The waiter was very friendly, welcoming and made sure we were well taken care of. His genuine enthusiasm definitely added to the atmosphere and created an almost Victorianesque feel to the day.

To start, we had a glass of their Laurent Perrier champagne and chose to go with Early Grey tea. Their tea selection was fairly impressive, and we were told it switched to a festive theme during December, so we immediately booked ourselves in for that! Everything was very well presented, and the background music was perfect for that time of day. 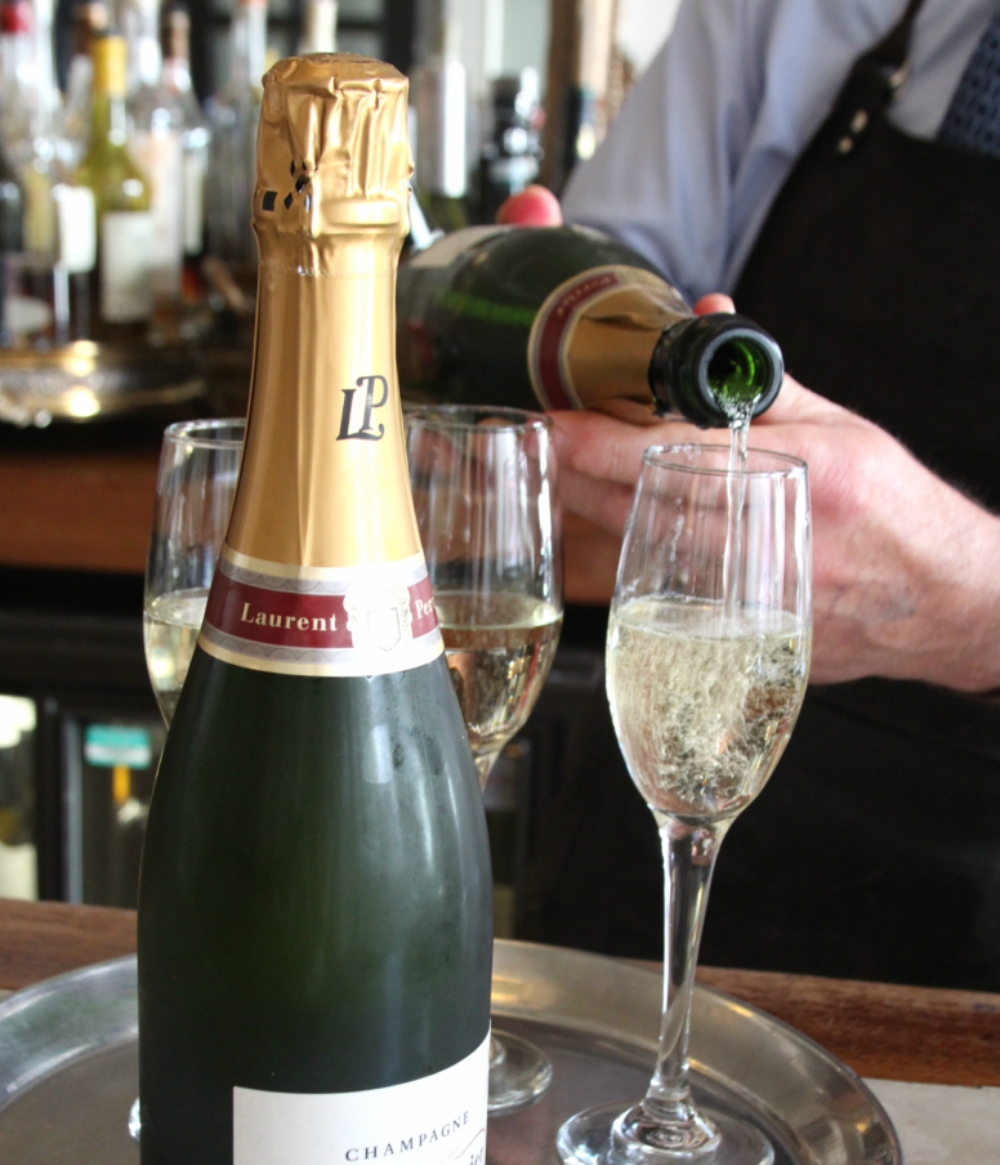 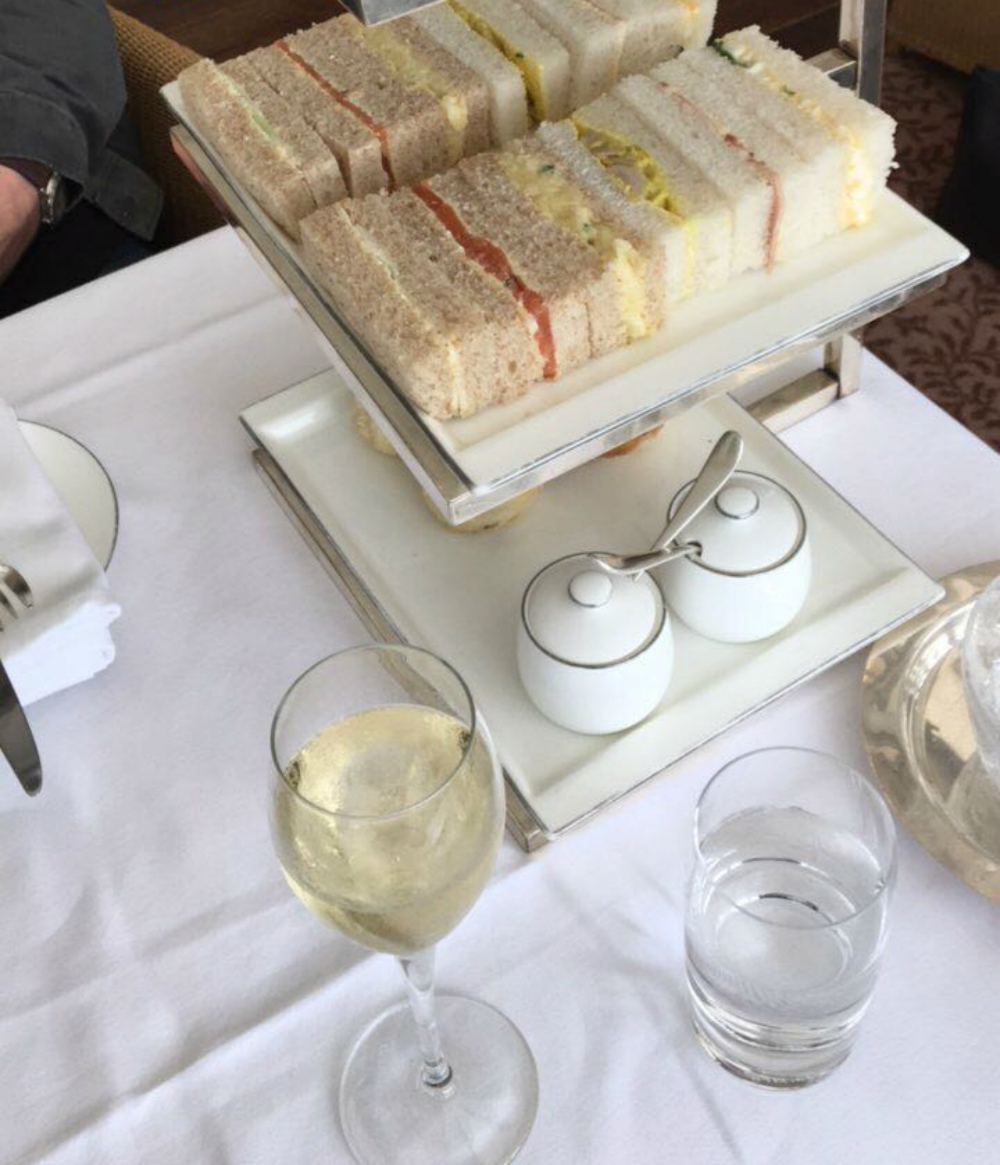 Whilst we poured our tea, the three tiers of wholesomeness arrived and we started to devour them immediately. The sandwiches provided were Ploughmans, Egg & Cress, Smoked Salmon and the obligatory Cucumber, all very tasty. My initial expectations were immediately exceeded as I could taste the freshness and efforts made by the chef to ensure they were above average. It almost felt like the chicken had just laid the egg I was eating!
With it being such a relaxed environment, there were no feelings to rush our food. The conversation was flowing and we were enjoying ourselves. Once we’d finished with the sandwiches, we moved onto the desserts which included Millionaire Shortbread, a Rhubarb Crumble, Blood Orange Macaroon, an Elderflower Mousse and strawberry. All of which went down a treat! 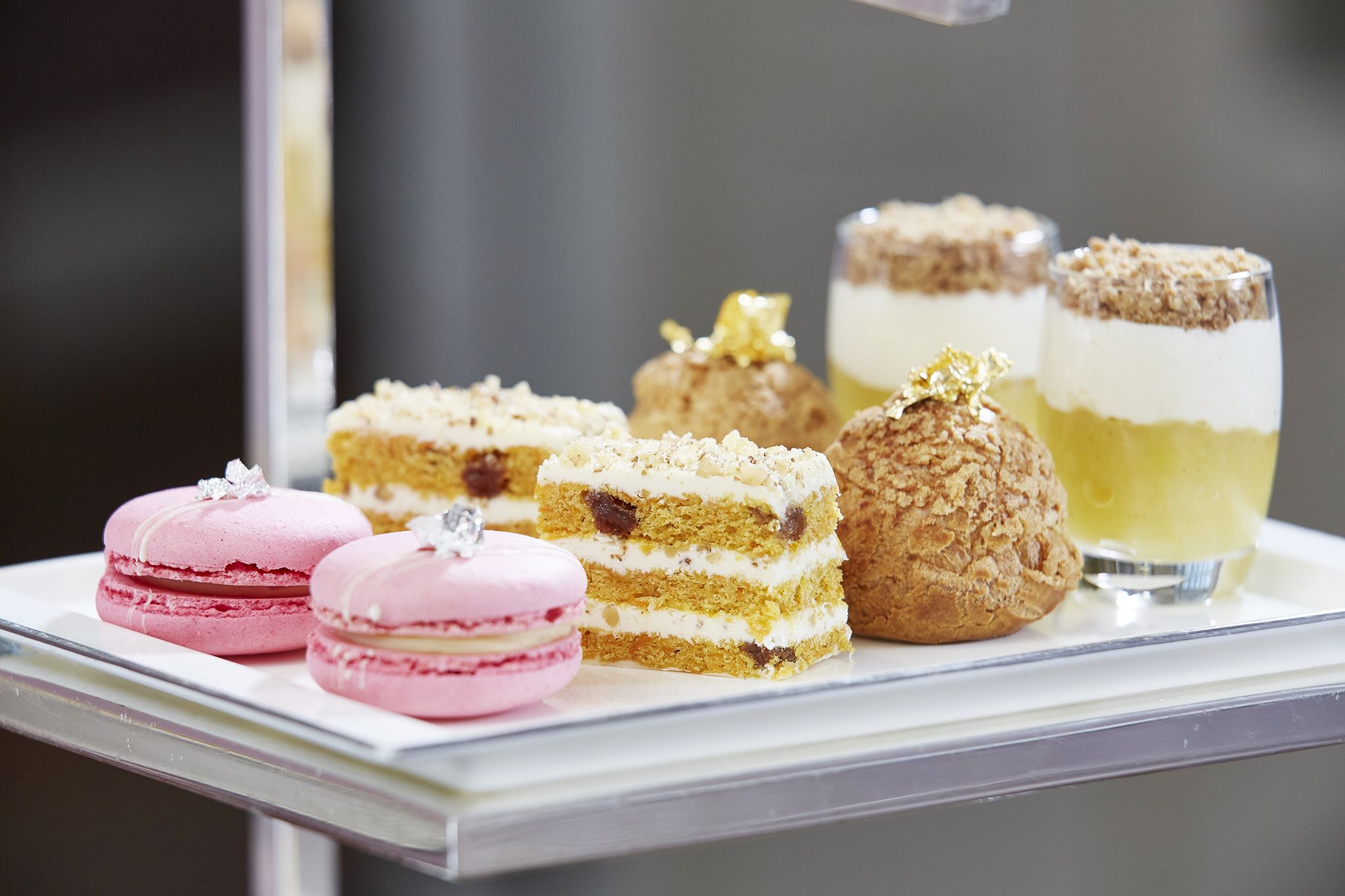 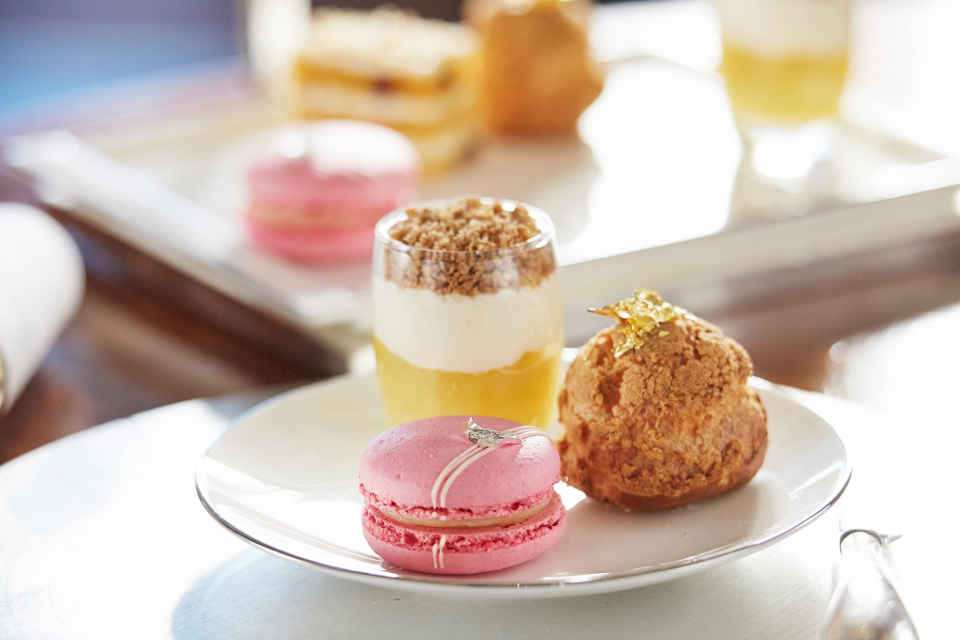 The macaroon definitely won my heart over the others. It’s always a tough one to perfect but this one reminded me of something I’d had in Italy many moons ago. My dining partner, on the other hand, seemed to have preferred the crumble as he’s always been keen on rhubarb. We finished our tea and thanked the waiter, who was just about to finish his shift but still put in the extra effort to say goodbye and walk us out. To end the visit, we took a very long stroll around the grounds and up to the Abbey. Whether you’re with your sister, best friend or even spouse, I’d say a visit to experience The Devonshire Arms is well worth it.

The Best Afternoon Tea in York