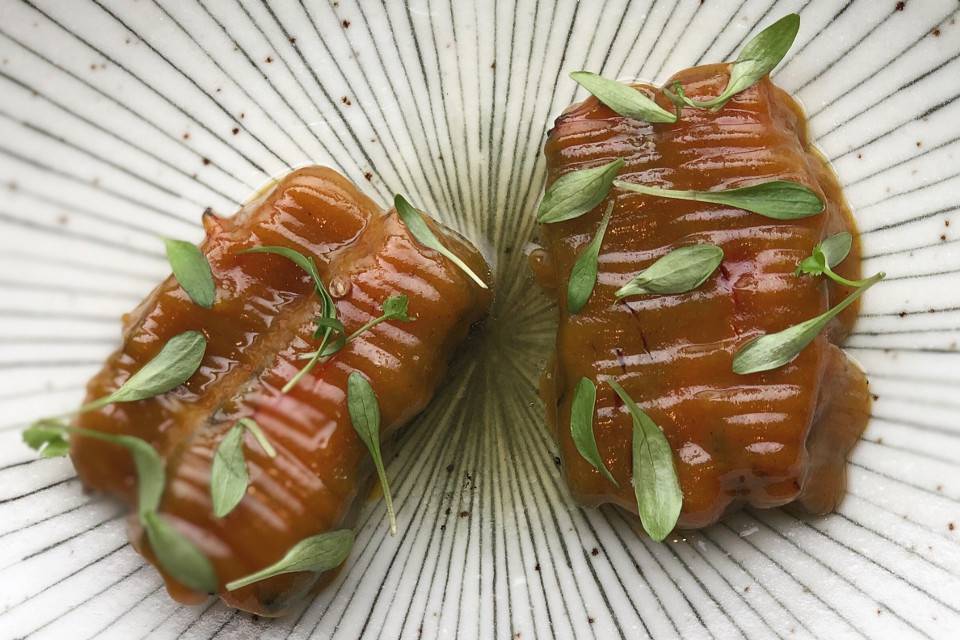 The Konjo Robatayaki Kitchen is a Scandi-Japanese mashup with a mouthful of Joro’s favourite ingredients, street food style. Chef Luke French said: “This style of cooking is a method we have been busy perfecting in Jöro over the past three years. Using Japanese Konro grills we’ve developed our cooking working with flavour from prime ingredients and Binchotan, a smokeless Japanese charcoal brick made from Oak, that’s great for sealing in natural flavours.”

3 Course Sunday Lunch for Two at The Milestone Sheffield

Focusing on produce and flavour, cooked over fire, dishes start from £4 up to £12. The perfect size to enjoy yourself or to order a selection to share with a group of friends. The skewers will be mainly chicken and duck-based, utilising the whole bird, from the breast and fillet to the skin, wings and thighs, with each skewer taken to the next level with a different Japanese-inspired glaze. Don’t miss their Moss Valley pork belly, with Katsu ketchup and coriander garnish, a Jöro favourite.

Joro’s focus on sourcing quality ingredients that are sustainable and traceable is something that will also be a strong feature at Konjo. Stacey said: “Where possible we’re working with independent producers and suppliers who protect welfare and avoid damaging or wasting natural resources. Sustainability is a huge focus and responsibility of ours both supporting and delivering this ethos within our kitchens.”

Two Pizzas and a Bottle of Wine at Craft & Dough Sheffield

Stacey said: “We want people to understand that Konjo is not Jöro, it’s a different concept. But, what we do in Jöro, how we cook, the flavours we’ve developed there, will be the same in Konjo. We like to see how much flavour we can get into one mouthful. It’s quality produce.”

Konjö is situated next door to Gravy Train, on the first floor of Cutlery Works.