Home > News > Review: The Old House Hull a pub by Shoot the Bull

Review: The Old House Hull a pub by Shoot the Bull

Review: The Old House Hull a pub by Shoot the Bull

The Old House a pub by Shoot The Bull, on Hull’s cobbled Scale Lane certainly is all it is christened to be. As one of the longest standing domestic buildings in the city, there’s a charming air of antiquity as you duck into the darkened pub doorway. Next to the sign affirming the venue’s 15th century heritage, Shoot The Bull’s hand painted logo promises ‘locally sourced gourmet food with a twist’, as well as ‘over 40 craft beers, cask ales and 20 gins’ – a new addition to their bar I note, having seen an image of the shop front boasting 30 bottled beers previously. I wondered how their craft gins go down in an area of the Old Town so infamous for its ale trail. 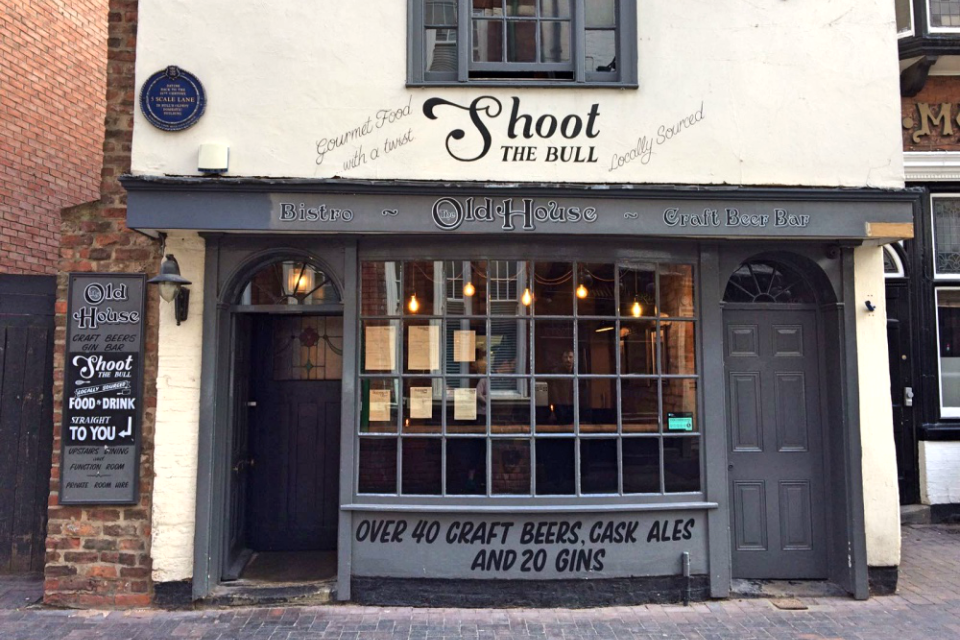 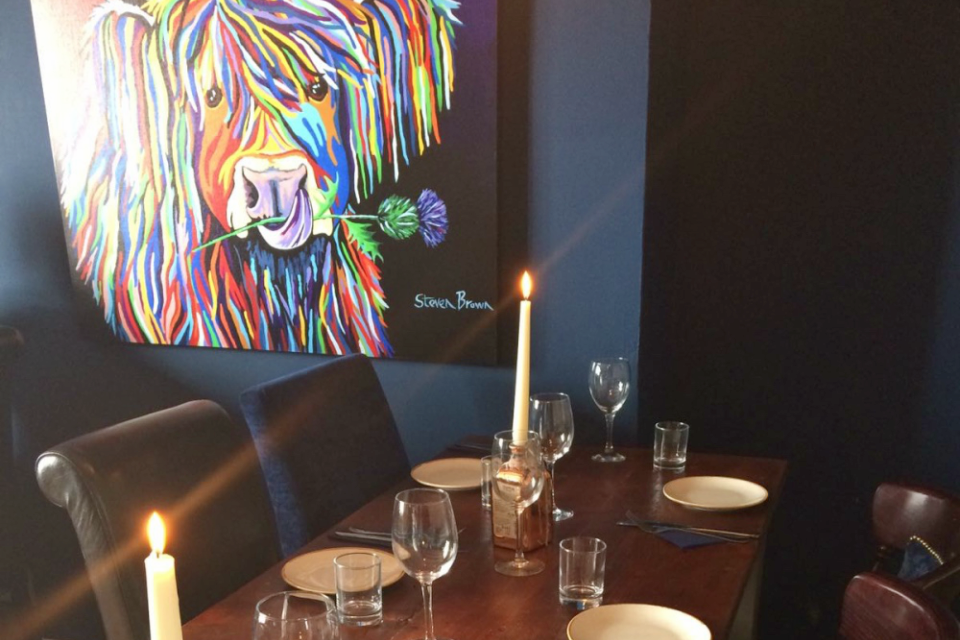 Instantly you can tell how much the staff have invested in their menu, with fitting Shipyard Pale Ale on tap, South Cave Little Wold Vineyard wines, and dehydrated fruits from Trinity Market round the corner going into flavouring their in-house distilled gins.

Following their residency which started in February last year, the award winning street food caterers ‘Shoot The Bull’, headed up by Chef Chris Harrison signed the lease to fully take over The Old House Hull last November. Bringing their concept into residence at the restaurant, which has had a complete refurbishment since its last owners. Met with melting candles, exposed brickwork and velvet seating, the front room wouldn’t look out of place in a Christmas Carol, and I imagine, just the place to be on a winters evening with frost lining the panelled bay window.

Taken up to the restaurant, there is a real confluence of modern decor and traditional surroundings with Steven Brown’s colourful oversized bull canvas reminding us of the venues ethos, and that ‘twist’ stated out front. Glad that I didn’t bring my vegan colleagues for this particular Sunday lunch, we drool over the menu’s locally shot venison, braised lamb shoulder and Sykes House farm reared pork. Piping plates of huge Yorkshire puddings and topside of beef wafted past us as we struggled to choose between the set menu and the A la Carte, the latter incredibly reasonable at £17 for 2 courses and £21 for 3. 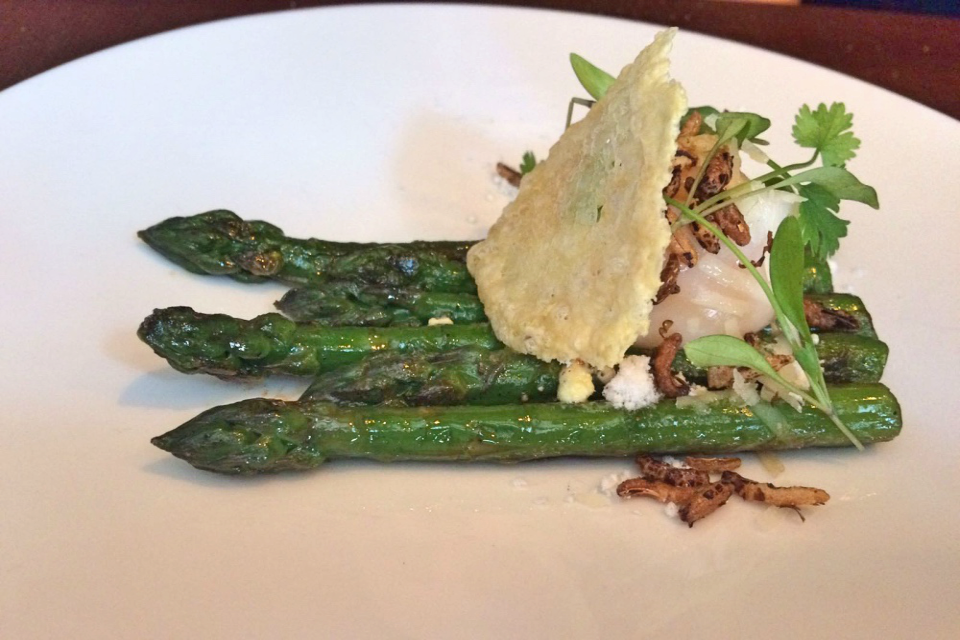 I went for a glass of the Sangiovese di Puglia Red which seemed appropriate for the meaty affair to come. We were offered warm mini little farmhouse loaves with a wild garlic butter to nibble on, the kind of crusty bread that pleasingly scatters crumbs all over your table despite a soft and springy centre. To start we eventually chose the English asparagus spears with a 62 degree duck egg, puffed wild rice, parmesan and white truffle powder, and the pigeon and black pudding salad. The former had a real brunchy feel to it, the asparagus charred with a nice bite, and the rice offering a slightly smoky edge which complemented the just set yolk. I adored the ras el hanout soaked sultanas and crunchy almonds with my salad – ‘Doreen’s’ black pudding almost beating the salty yet sweet pigeon breast, all gracefully presented above a sweep of spiced creme fraiche. 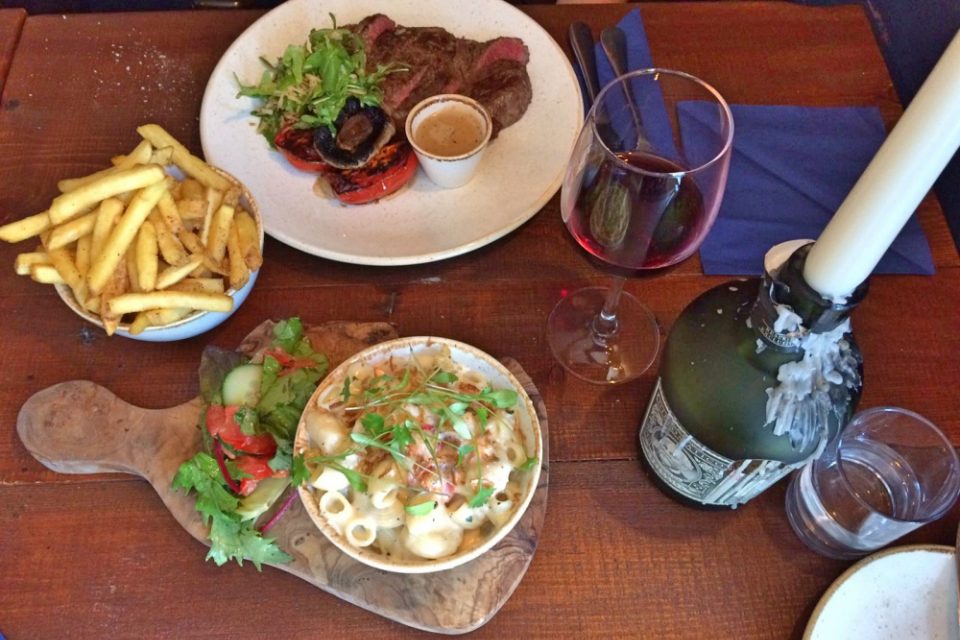 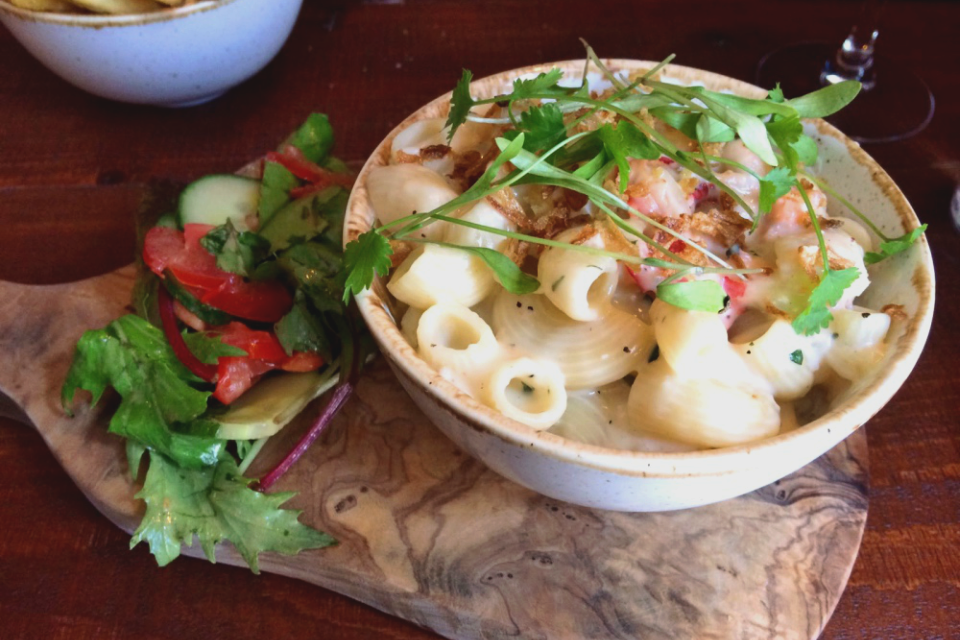 With street food being their thing, great fries I suppose are a given, but these, ‘cracked’ and peppery were a bowl of greatness (big claim, perhaps the best fries I’ve ever had) to accompany the 10oz Wagyu Sirloin, grilled tomatoes and a rocket and parmesan salad. The beef, which the waitress presumed to have had a happier life than us – bred on the Driffield Yorkshire Wolds, was a perfect medium rare with a deep mushroom sauce. I chose the North Sea Lobster Mac & Cheese with amazing sharp shoots of coriander on top, and a confit lemon salad, which were beautifully balanced with the gruyere cheese and generous hunks of lobster. I was slightly worried we’d gone for incredibly heavy and indulgent dishes here, but the portion sizes were bang on, my Mac & Cheese sauce was much lighter than anticipated, and we still had a little room for pudding – always a good thing. 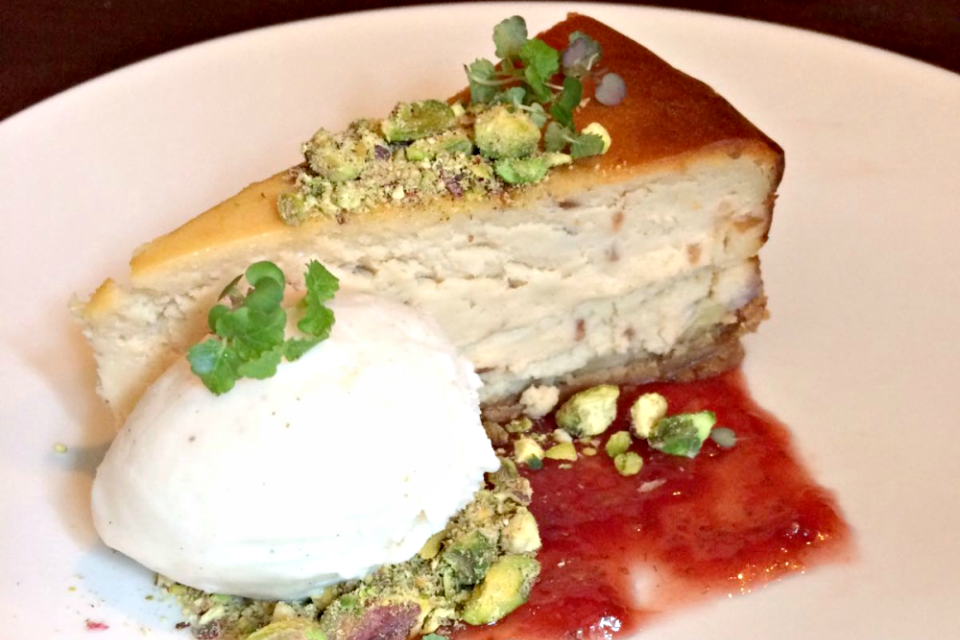 Tempted by today’s dessert special we shared a peanut butter and banana baked cheesecake with a super punchy strawberry jam and Northern Bloc Bourbon Vanilla ice cream. Dusted with pistachios, it was a lovely end to the meal alongside my Americano from Beverley’s The Blending Room roastery. It’s so disappointing when a place cares about it’s local ingredients and forgets to care about it’s coffee, but The Old House really seems to have thought through everything, understandable with Chris’ experience in some of the best Michelin starred establishments in the country.

Shoot The Bull at the Old House Hull have done well to bring the playfulness and comforting flavours of street food to this historic dining room setting, elevating an unrelenting trend to new heights where it could easily loose it’s naughtiness amidst cheffy presentation.

On the way out the staff mentioned the seasonal menu would in fact be having an update next week, with new additions including a tasty sounding super greens salad, to cater for changing tastes in the Summer months. I am aiming to be back soon to try the bar menu, very temped by the burger sliders, grilled halloumi and watermelon flatbreads, and with the friendly atmosphere and prices this reasonable, I think you should too.