16 of the Best Pubs in York 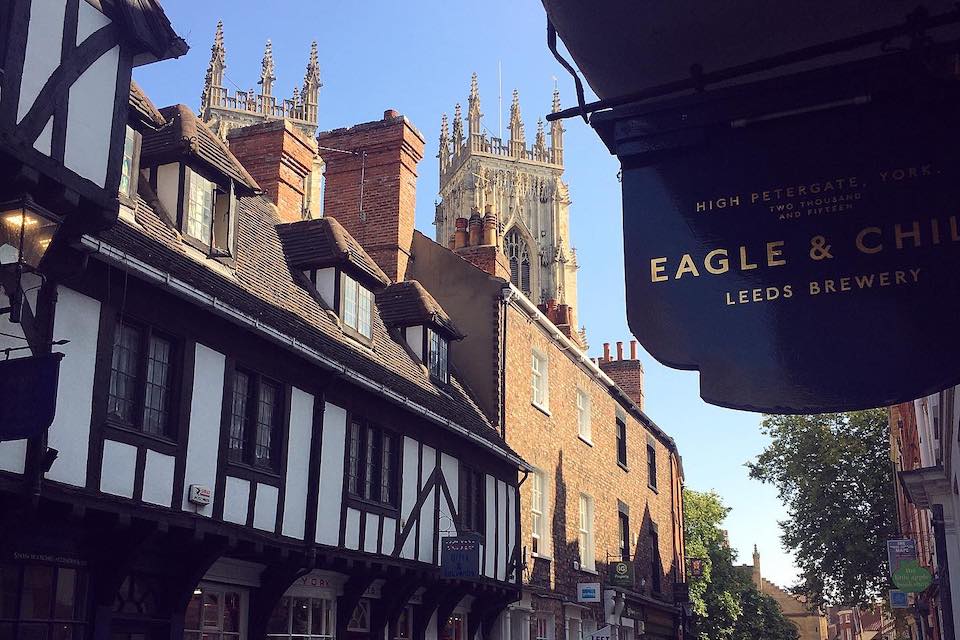 16 of the Best Pubs in York

The best pubs in York could be a controversial listing, to say the least. This historic northern treasure is practically overflowing with possible spots to eat and drink. From wood-fired pizzas to secret gin bars and independent breweries. Perhaps no other city in Yorkshire captures the sheer range of exciting independent businesses, cutting edge contemporary flare and well-known classics better than York. But we’ve done the hard work for you don’t worry. We have compiled a list that truly showcases everything that York has to offer from 1644 to the 2020s and beyond! 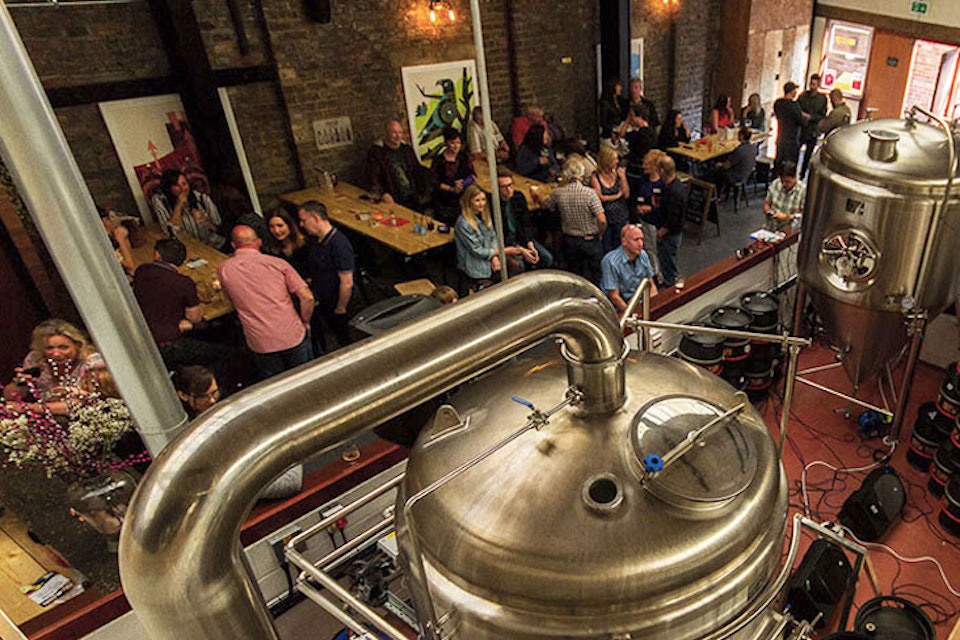 Brew York, a renowned independent business brewing their own fantastic variety of beers is what makes this one of the best pubs in York. This place is extremely passionate about what they do and what they make, hosting many beer festivals and tasting events. Enjoy any of the 20 lines of craft beer they serve, ciders and wines. Especially their own unique concoctions with everything from a gooseberry fool sour to commemorative Star Wars craft.

Hungry after all that beer? Don’t blame you. Well, it good thing Yuzu Street Food has you covered with amazing bao bun concoctions and rice bowls to die for.

So, if you’re looking for the best pubs in York to watch boats pass on the River Ouse then look no further. The Kings Arms has been a York staple for over a century now. And did we mention you can get a pint for as low as £2.30? No, we’re not lying, promise. This no-fuss pub does the basics better than most. 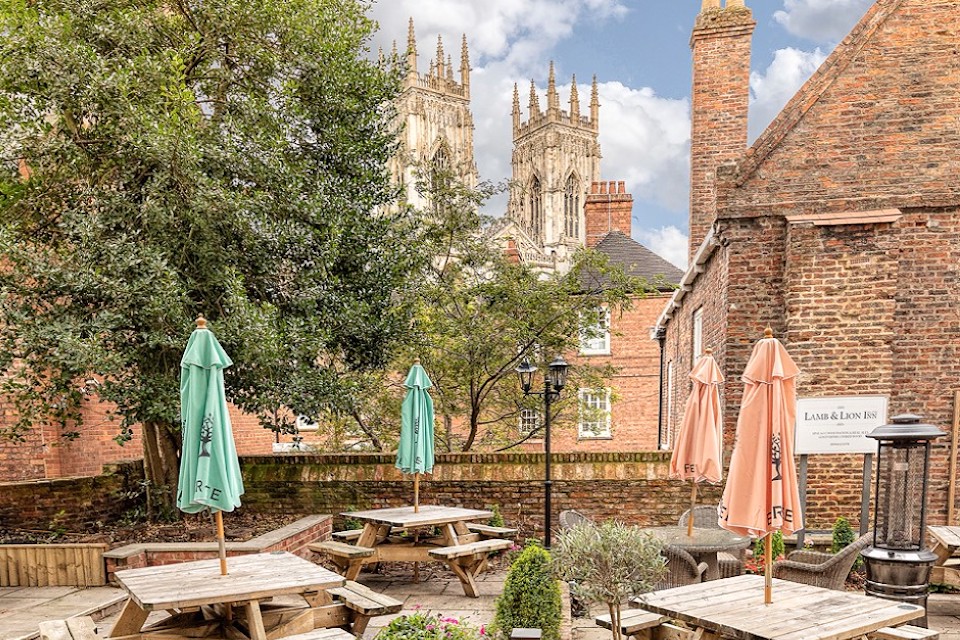 Adjoining one of the four original Roman gateways is the Lamb & Lion Inn. Redefining the approach to the traditional pub inn. Sip up any drink of choice in their “Secret Gin Garden”, boasting an impressive range of gins, spirits and cocktails while enjoying the best views of York Minster. You can even do this in nippy weather under their heated lamps! Don’t just trust our word either, having been awarded an AA Rosette for their fantastic food, drink and rooms.

18 of the Best Beer Gardens in York 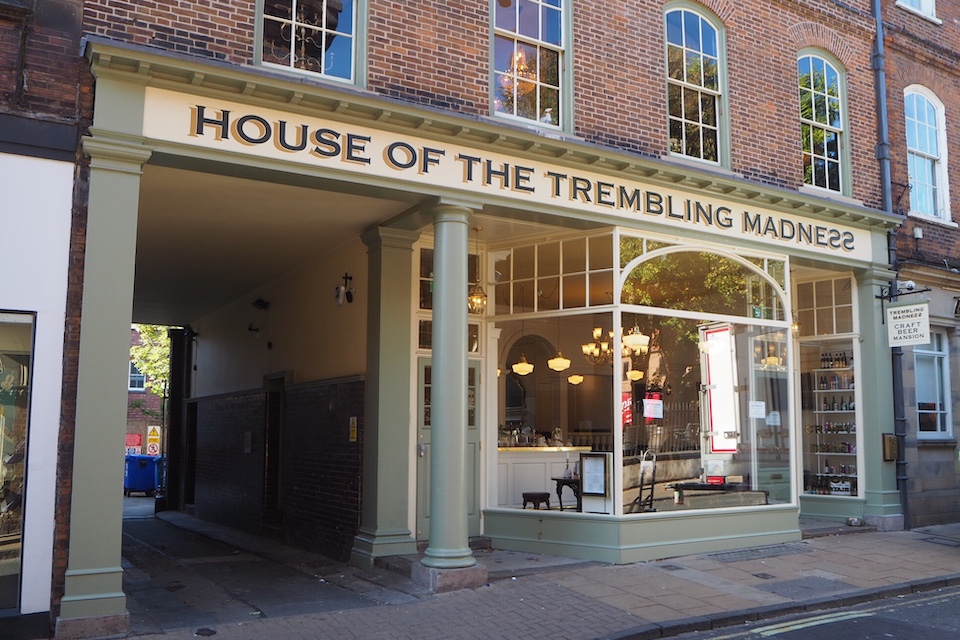 For the past 170 years, 14 Lendal has housed the old saddlery & harness maker, Robson & Cooper, and so it’s only fitting that an existing York “institution” takes up the reins of this magnificent Georgian building. The Trembling Madness crew has managed to transform this neglected building, with help from the York Considerations Trust, into a magnificent craft beer Mansion. The bar is equipped with a whopping 22 kegs of craft beer and ale, so it’s the perfect place if you want to delve into the depths of the craft beer world, or just enjoy some good quality beer with family and friends. 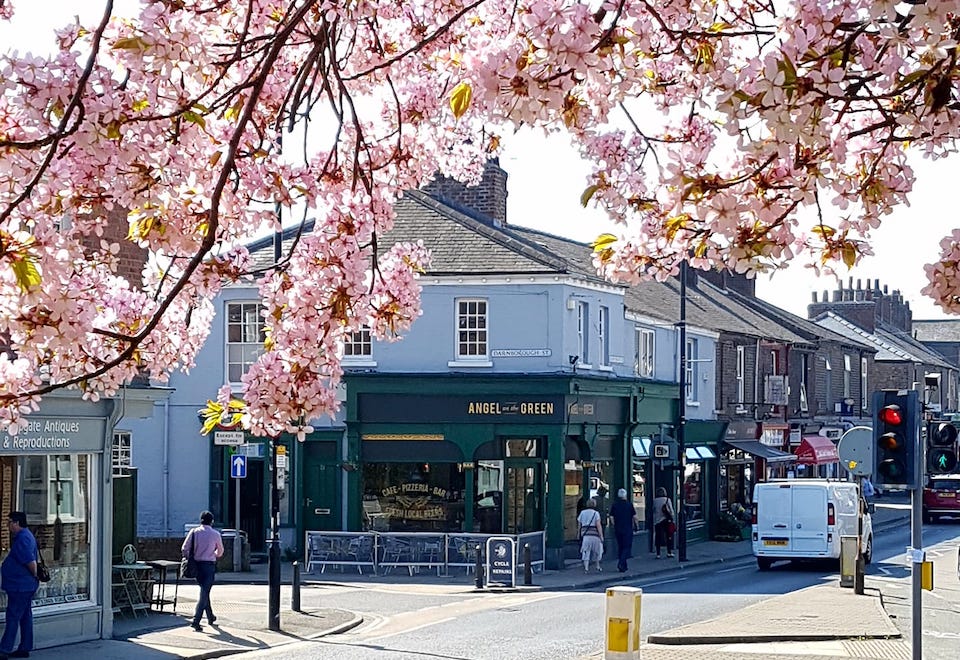 Angel on the Green

Angel on the Green is a well-known and well-loved institution for locals in this area. They truly have something for every type of York visitor and frequenter here. Gorgeous coffee and delectable cakes for a midday bite? Got it. A seriously impressive array of handpicked local beers, wines and spirits? Got it again. A plethora of tantalising home-cooked pizzas? Yes! Got it! All this can be enjoyed in their homey laid back setting. 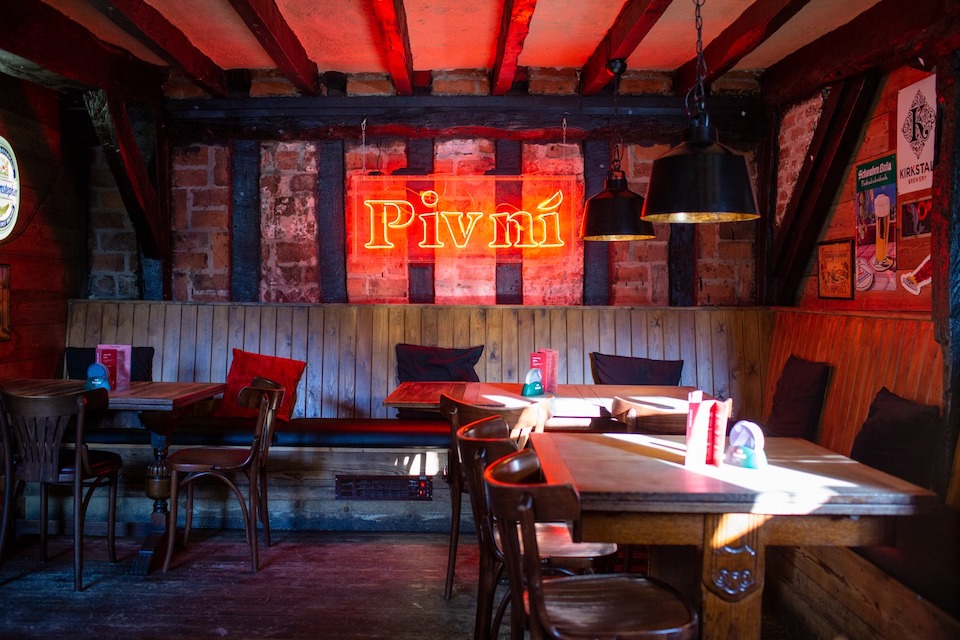 You really cannot miss Pivni, literally. Just off the historic Little Shambles sits this stunning three-storey 16th-century free house serving real ale and world beer. And lots of it at that, boasting an impressive array of cans and bottles of the best beer around, even multiple gluten-free and alcohol-free ones! They’ve also got a great range of different white, red and rosé wines for all.

Eagle and Child sits in a beautiful Grade II* listed building, with a cosy terrace at the back donned with fairy lights and a great atmosphere. They pride themselves on their locally sourced produce, making the best in seasonal dishes. Trust me, you’re going to want to try their Sunday Roast. And with a fully stocked bar filled with beers, wines, gins and spirits you’d be a fool to miss this pub in York. 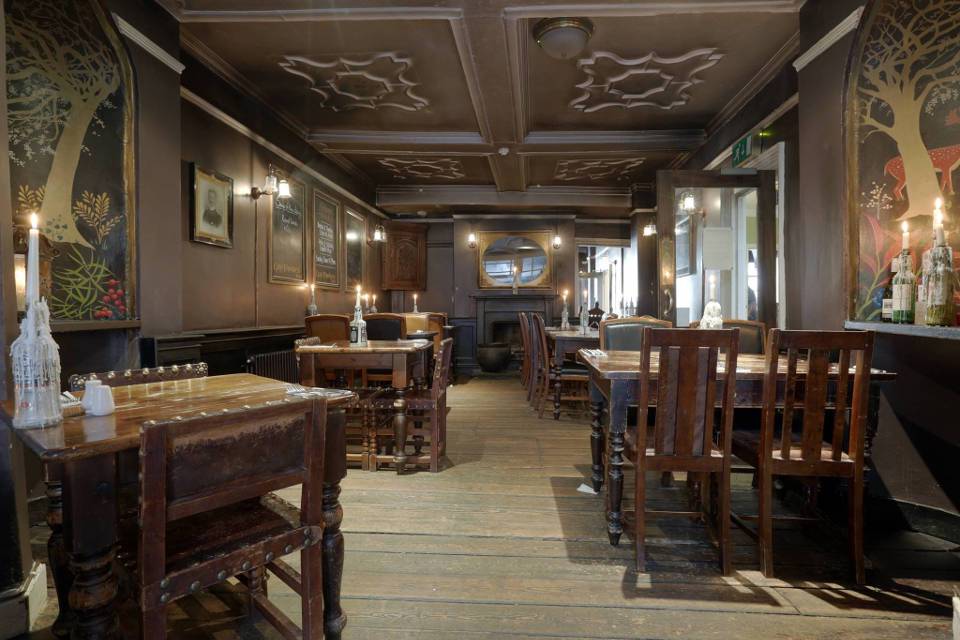 Renowned for more than its name alone and the history that comes with it. The Guy Fawkes Inn has mastered the balance of classic pub grub with a modern flare. Kick back with one of their famous, AA Rosette-awarded steak pies, washed down with any of their finest cask ales, wines, and spirits. All in their relaxing, gas lamp-lit cosy interiors. 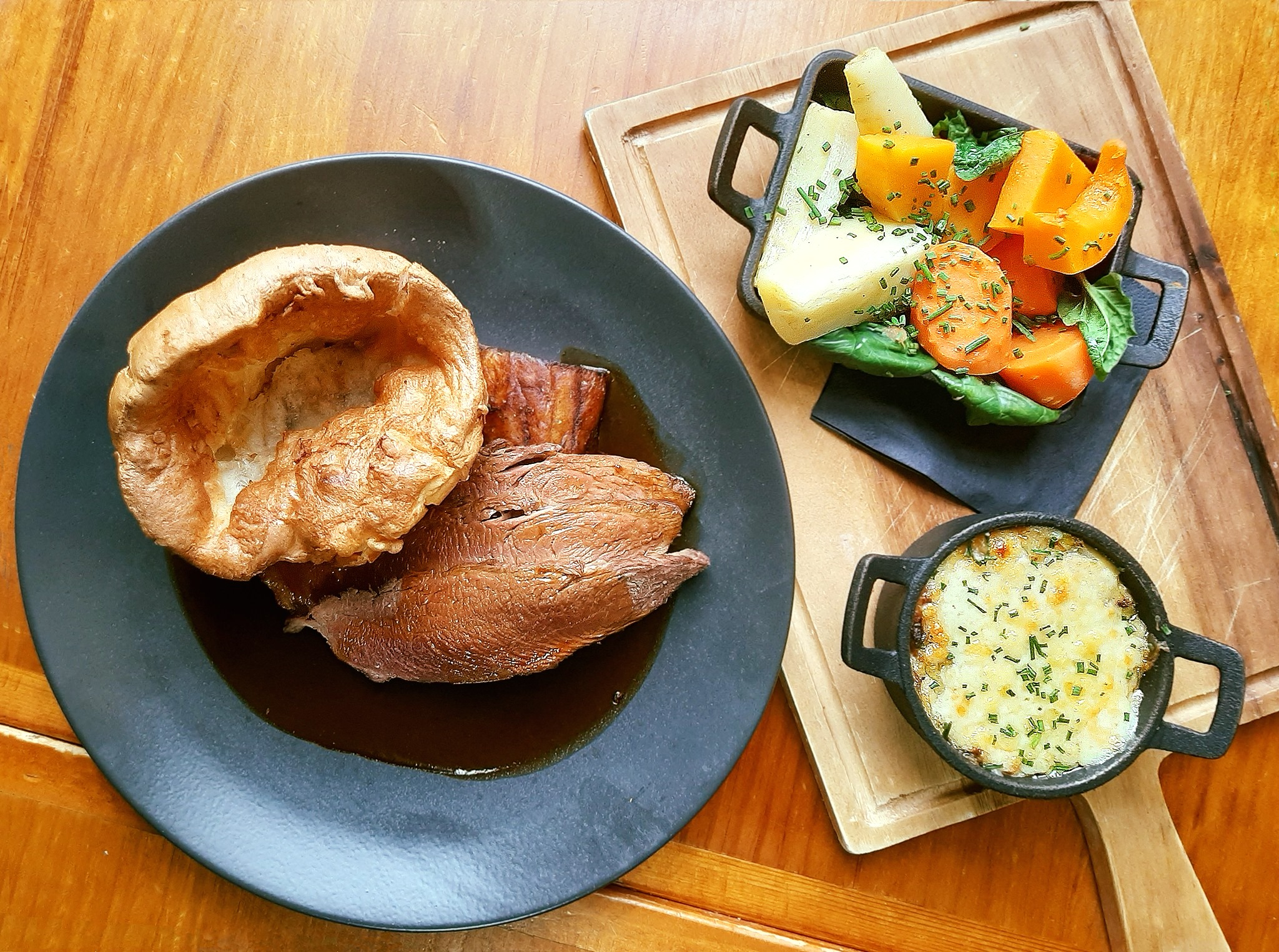 Now, you’ve heard of The Chopping Block and the divine traditional French dishes they make with the best local produce. Along with one of the best Sunday roasts in York. Well, they carry their love of local produce and fantastic service downstairs at the Walmgate Ale House. Serving many locally sourced cask and keg beers, cans & bottles. And if you’re peckish they also make their own bar snacks! 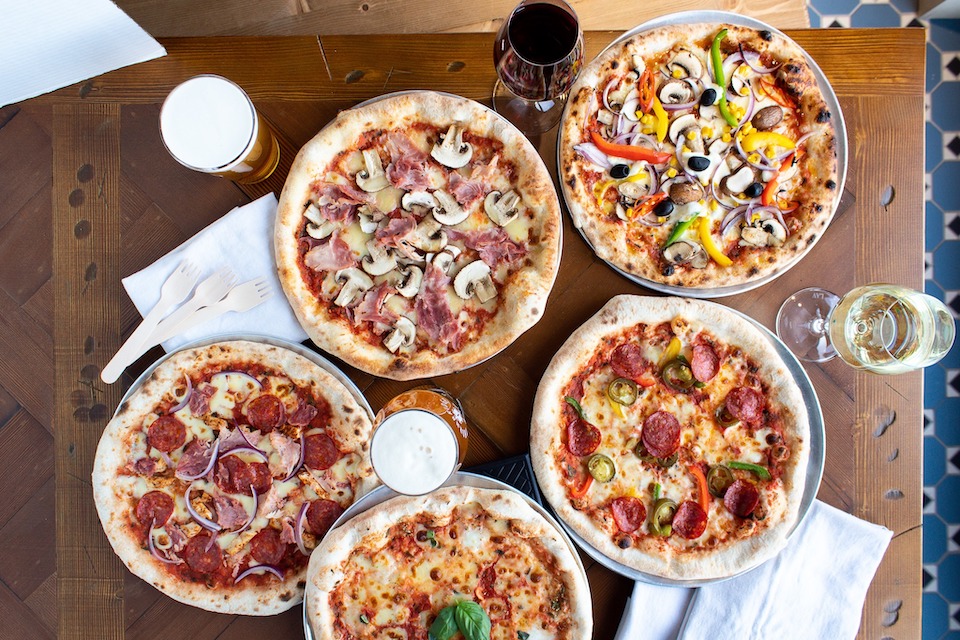 They say it best themselves, “a traditional city centre pub with a modern twist”. It is that and so much more! They stock an overwhelming range of craft beer both cask and keg, the best of sustainable and organic natural wines and 17 gins! Not enough? How about the tasty Milanese style pizzas made fresh every morning using authentic Italian pizza flour? Get yourself down to this contender for one of the best pubs in York. 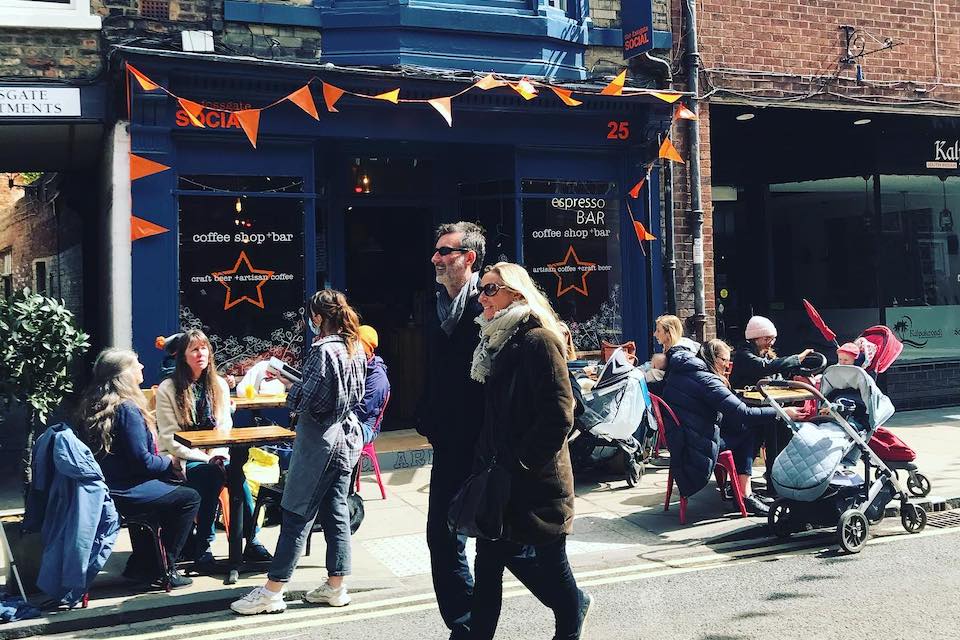 Fossgate is described as a new up-and-coming scene, and The Fossgate Social sits at the heart of that. Oozing with independent charm and spirit, filled with vintage industrial furniture and boasts a sun trap back yard. Priding themselves on their locally sourced, seasonal no-fuss food. Washed down perfectly with any of their wonderful array of craft beers, especially Space Craft courtesy of their very own Ice Cream Factory brewery! Certainly one of the best pubs in York.

The Cookery School at The Grand York 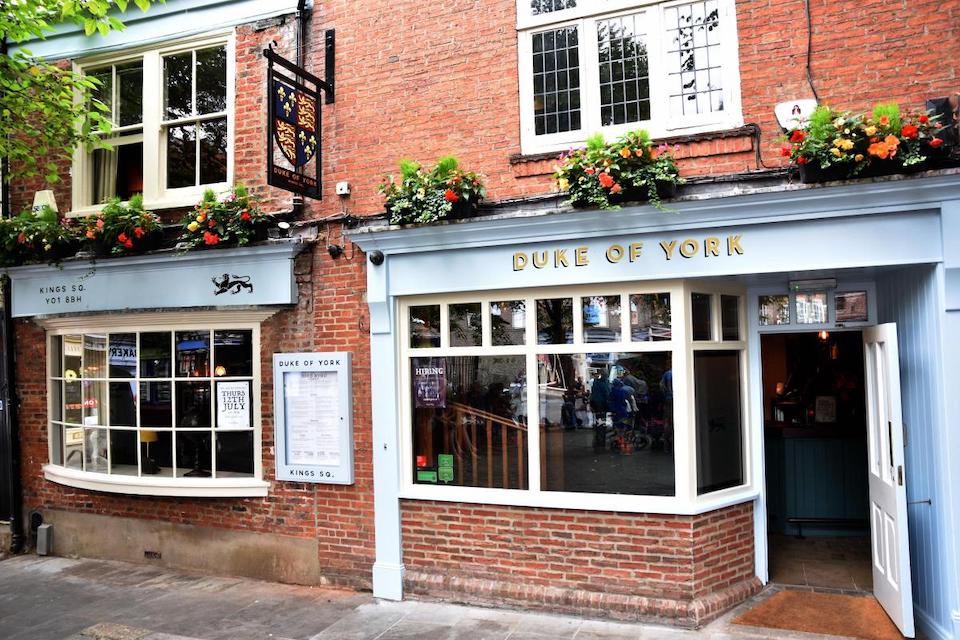 Another offering off the historic Shambles. If you are looking for the epitome of a traditional pub setting, then look no further than the Duke of York. Sitting in the heart of medieval York this member of the Leeds Brewery family does not disappoint. Looking for a fantastic lunch using local produce? Check. (Try the Beer battered haddock goujons with homemade tartare sauce). Looking for wine? Well lucky for you they have got a fully stacked wine menu. And honestly anything else, they probably have too! 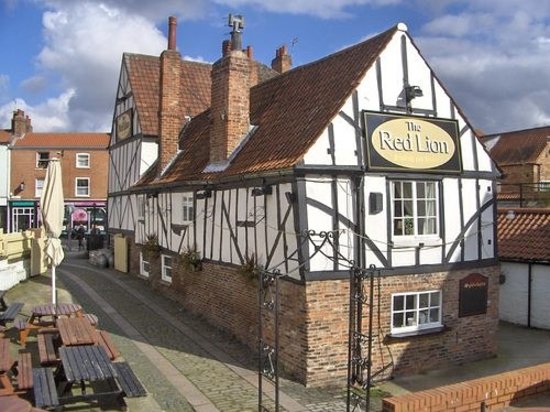 Another classic British pub run expertly well in the heart of historic York. The classic black and white Tudor style building has it all. An amazing range of draft beers, cask ales, gins and spirits. Serving no-fuss classic British pub food. Did we mention great prices!? This is one of the best pubs in York for a reason. 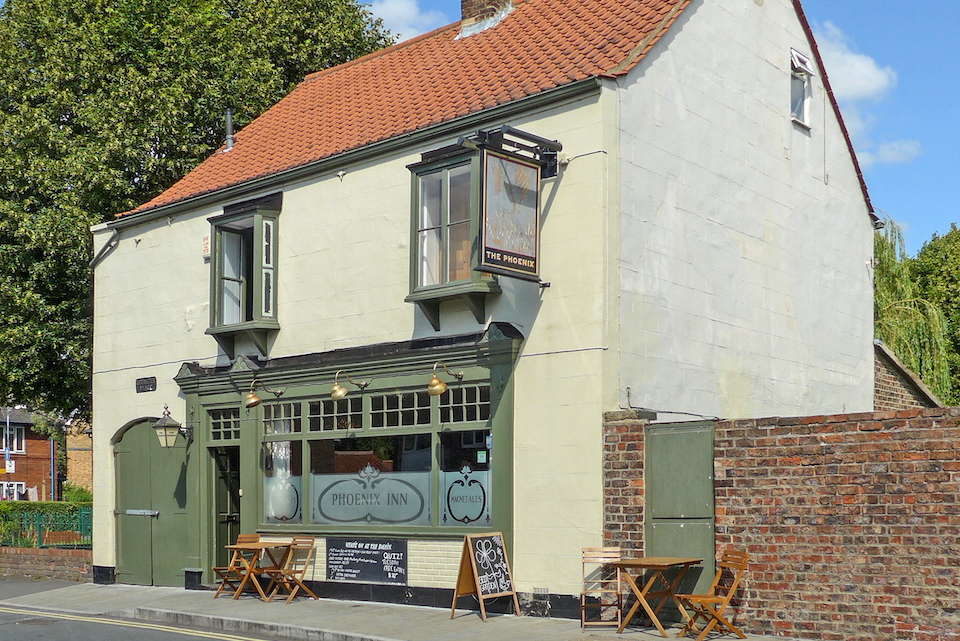 You’re looking for an escape from the modern rabble of the city, to get away from tv screens and blaring music? Reconnect with the classic pub at The Phoenix. Priding itself on being a traditional institution fit with unspoilt original charm. Enjoy a pint of any of their five real ales on tap alongside a fantastic pork pie. 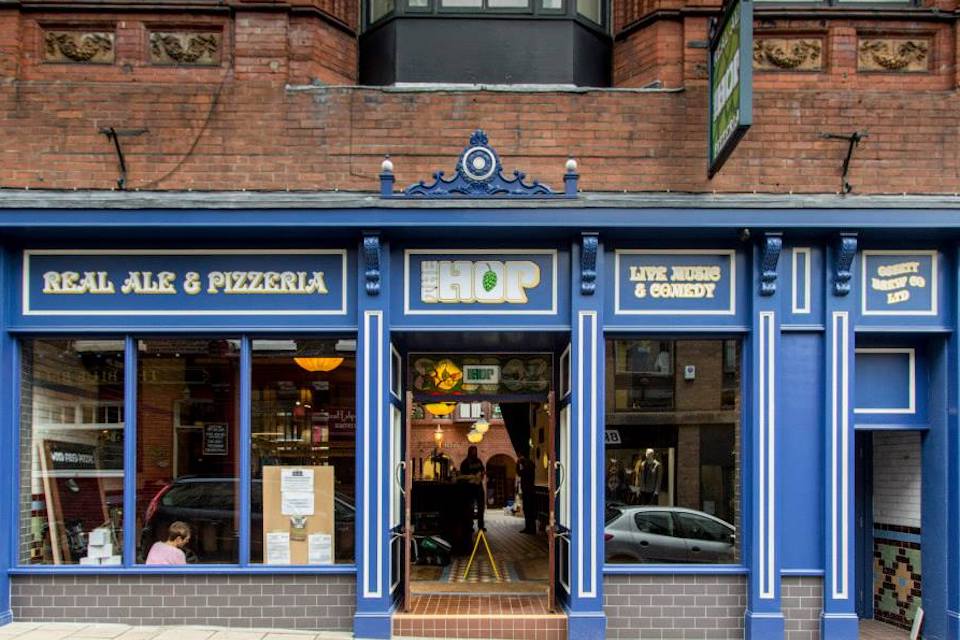 The Hop is known for its commitment to the atmosphere, with some of the best local live music around. They do this by ensuring there really is something for everyone, from traditional real ales, an impressive range of spirits, gins and wines. Oh and wood-fired pizzas! All of this and its beautiful authentic interior truly make this one of the best pubs in York. 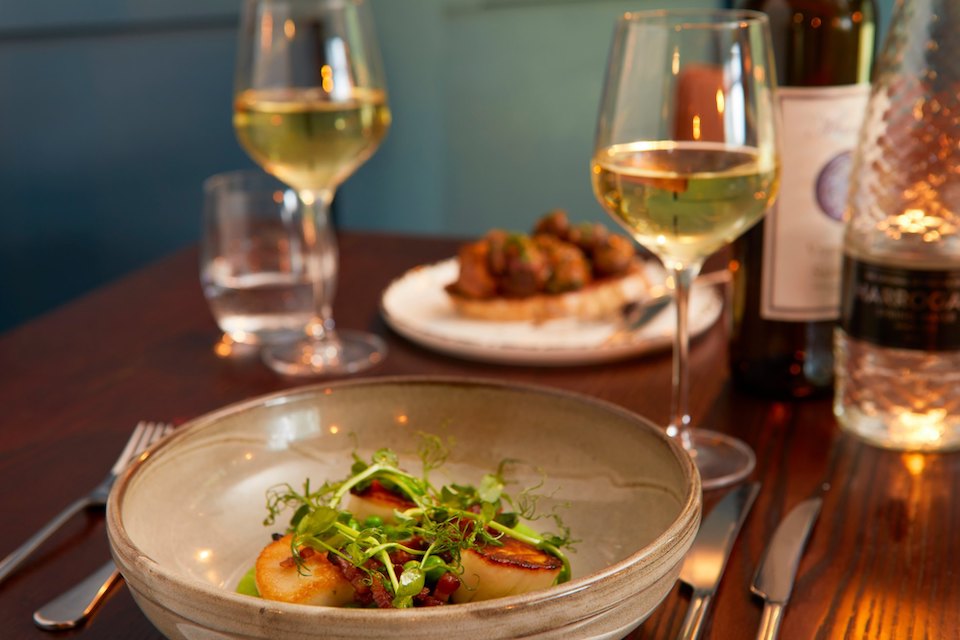 Twin & Barrel sits in the outskirts of York in the beautiful little picturesque village of Dunnington. Priding itself on being able to cater to all clientele, from friends wanting some laid-back drinks and bar snacks or business colleagues wanting cocktails and classical dining. Their food showcases the best of locally sourced produce from Yorkshire. Boasting great takes on classic dishes and contemporary flair courtesy of Head Chef Chris Hemsworth. No not that one! This one can cook!