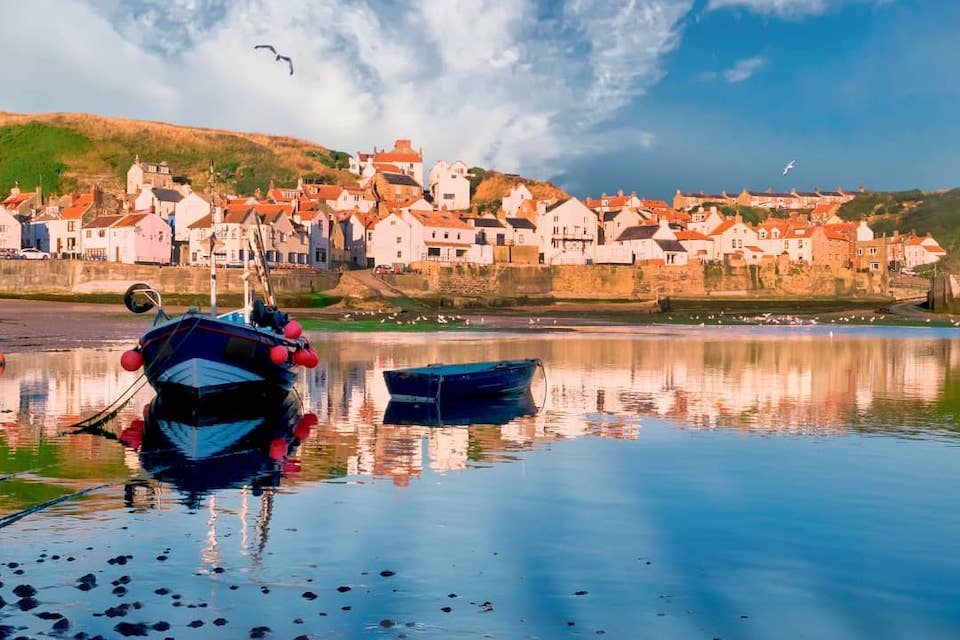 When you think of things to do in Whitby, many images come to mind. Flashes of fish and chips, freshly fried doughnuts, the spectre of Dracula hanging in the air and one of the largest gatherings of Goths in the world. It’s cliché to say, but there’s quite literally everything on offer in Whitby and its bordering villages.

If you’re looking for history, look no further. With many ruins to see spanning well over a millennium from the famous Whitby Abbey to the many ancient churches dotted around. Whether you’re an enthusiastic photographer or just looking for something pretty for your Instagram, this seaside town’s got you covered.

With panoramic views of its magnificent ancient coastline to its beautifully quaint surrounding fishing villages in Staithes, Robin Hood’s Bay or Runswick Bay to name but a few! And it goes without saying, some of the best seafood the UK has to offer with nationally renowned fish and chips eateries by the dozen! Let us help you decide! 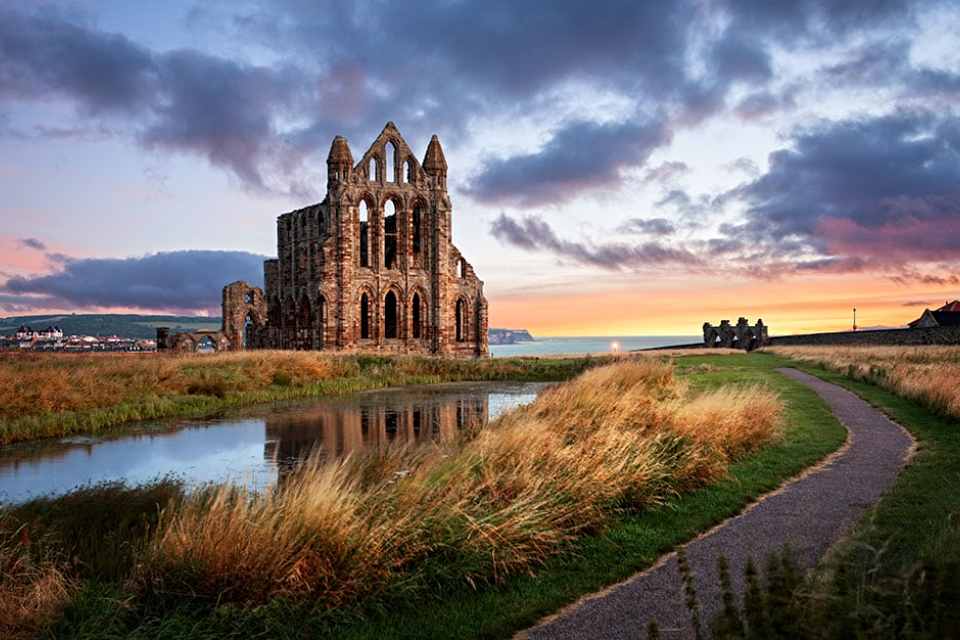 Whitby Abbey has been inspiring people for generations. 1500 years to be exact. Everybody from the Vikings to Bram Stoker has seen these very same ruins. Renowned for its picturesque qualities, get up close and personal with the historic stones. Perfect for picture opportunities, and even more perfect for panoramic shots of the stunning landscape. Definitely top of the list of things to do in Whitby for the history fans out there! Climb the 199 steps to get the best Whitby views

I know I know, climbing 199 steps maybe isn’t the first thing on your mind of things to do in Whitby, especially after you’ve filled your boots with fish and chips. But hear us out. Not only have people been making this trip as a test of faith since 1340 (and perhaps before), but the top boasts some of the best views of the town you could find. And if you’re in the mood for more historic ruins you’ll be rewarded with St Mary’s Church, originally founded in 1110.

Make a day of it at the beach

A trip to the coast is obviously incomplete without seeing what the beach has to offer. You’ve got all the British classics on the cards here; donkey rides, fish and chips, fried doughnuts, beach huts and views of a lovely lighthouse. A beautifully flat beach, perfect to stroll from end to end. Maybe make a few sandcastles on the way, kids or none! Visit the marvellous Magpie Cafe for fish and chips

Listen if you’re from the North then odds are you’ve heard of The Magpie. But if you haven’t, there’s little to say about The Magpie that hasn’t been written in almost every newspaper, food review column or otherwise. Yet still, words don’t do it justice. The Magpie is an institution. Beyond renowned for its fish and chips from all corners of Yorkshire. But this cosy seafront staple doesn’t just offer fish and chips, with a wealth of fantastic seafood dishes for whatever your mood. For foodies and everyone alike looking for things to do in Whitby, this Yorkshire restaurant should top the list every time. 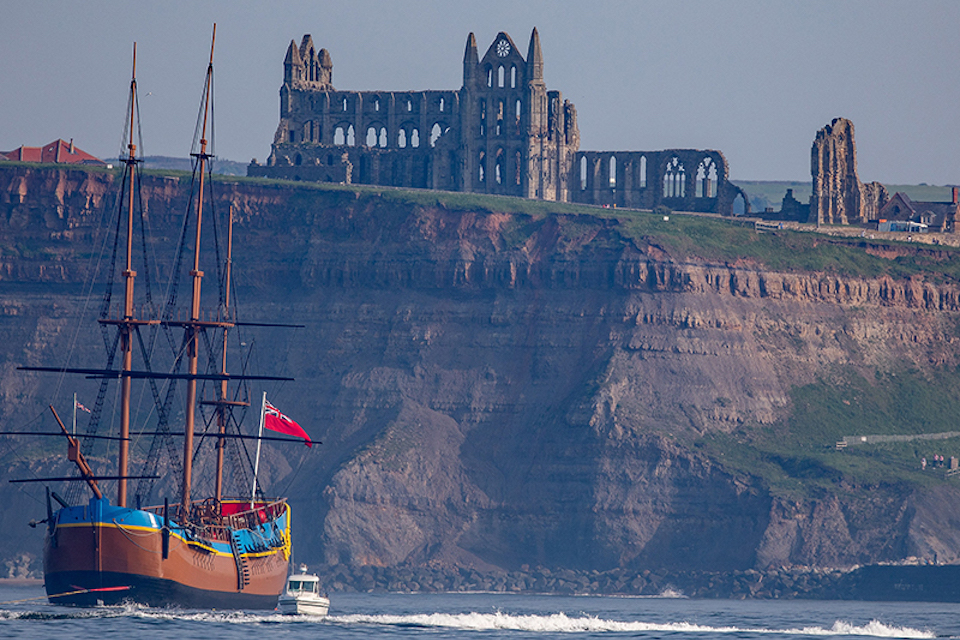 Come aboard the HM Endeavour with the Captain Cook Experience

Now, Captain Cook sailed from the UK to Hawaii, Australia and many other places in between over a period of around 12 years. SO, while you won’t be doing that. What you can do is take a scenic ride on an exact replica of Captain Cook’s ship the HMS Endeavour. From the harbour following Cook’s path up Sandsend to see some of North Yorkshire’s ancient coastline, surveying its wildlife and geology while listening to traditional sea shanties of a bygone era. 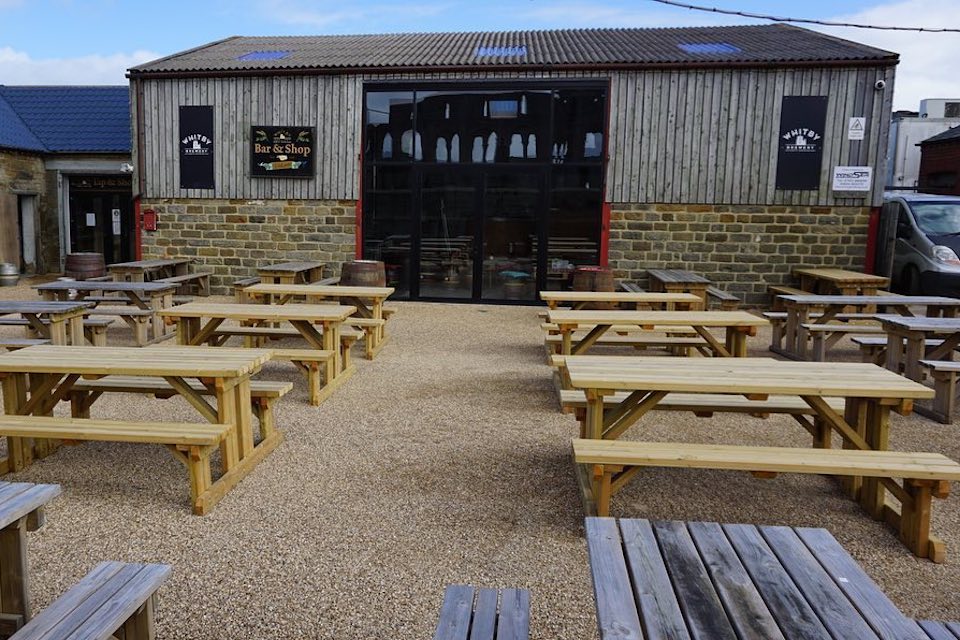 Slake your thirst at the Whitby Brewery

Whitby Brewery sits on the stunning grounds of Whitby Abbey. This quaint converted-barn microbrewery was started by local ale enthusiasts who had been brewing from home long before this venture. These brewers concoct amazing creations from the liquorice packed ‘Jet Black’ porter to the light and zesty ‘Abbey Blonde’. And after you’ve had a taste of some of their tipples at one of many pubs across the region, why not take a tour to see the place for yourself? 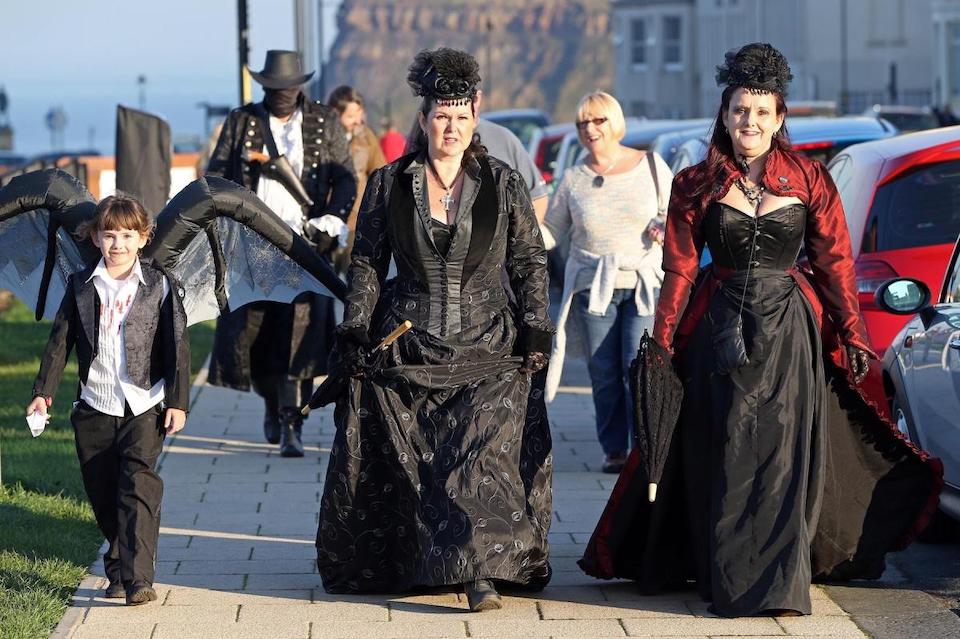 Be a part of it at Whitby Goth Weekend

A town filled with gothic history. The birthplace of the inception of Dracula himself. So, it’s not surprising that Whitby is home to one of the Goth communities’ largest events in the world and has been so since 1994. Although there are many related activities to do whilst the weekend is on, the premiere draw is the Bizarre Bazaar Alternative Market. With over 100 indoor stalls hosted by the Leisure Centre and the Brunswick Centre offering the best in alternative fashion, trinkets and more! A truly unique and impossible to miss addition to your now growing list of things to do in Whitby. 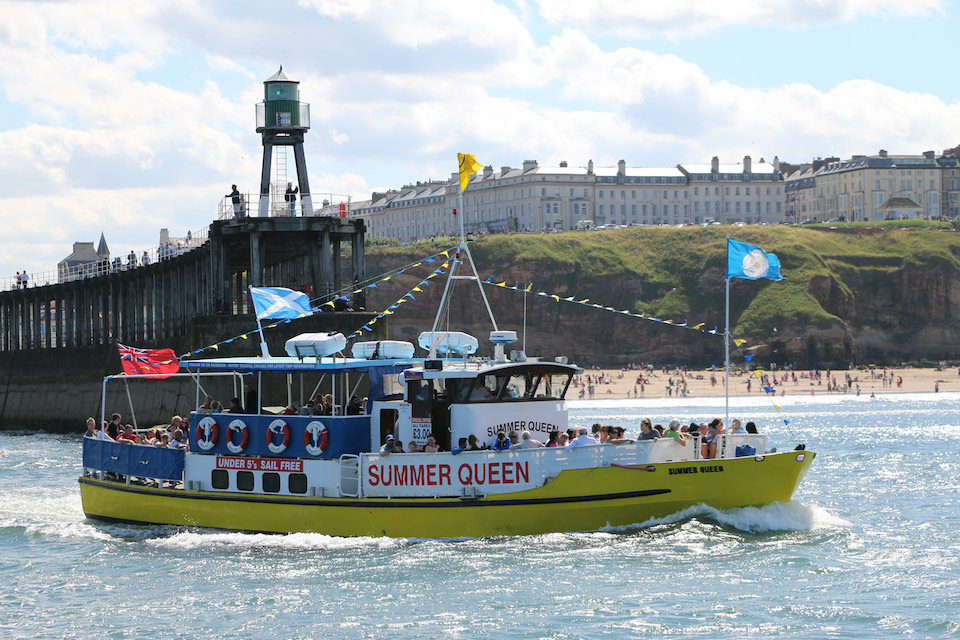 Take in the sea views on a boat trip

You’re at the coast for a reason, right? The sea. And what better place to see the coast than from the sea itself!? Well, Yorkshire Coast Boat Trips has you covered. You can take an hour-long trip in one of their fantastic little boats from Whitby across the Jurassic coast right to Scarborough and back again. Getting a real good look at the dramatic carved out rocky landscape the North coast is famous for. 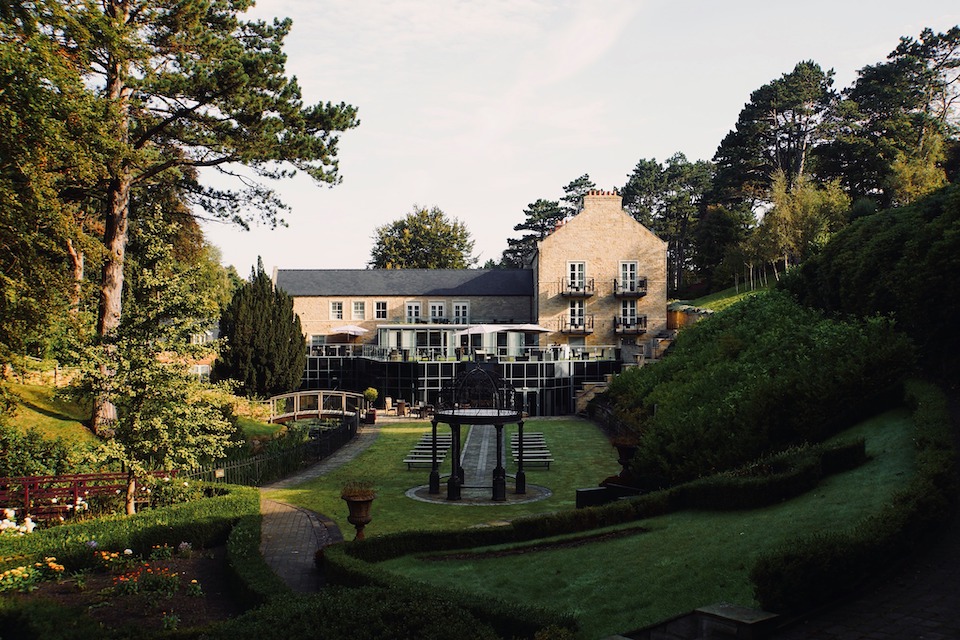 Relax and unwind at Raithwaite’s Spa

A lot of the activities you’ll be doing in Whitby involve a lot of sightseeing, walking from place to place, heck the 199 steps alone is going to leave you needing a good rest. Well, Raithwaite Estate has you covered. Take your pick of their indoor heated pool, the sauna, or their spa room. With a wide range of treatments on offer here, everything from facial treatments, body wraps, bespoke massages, aromatherapy to the full spa experience package. Literally, put your feet up and relax. 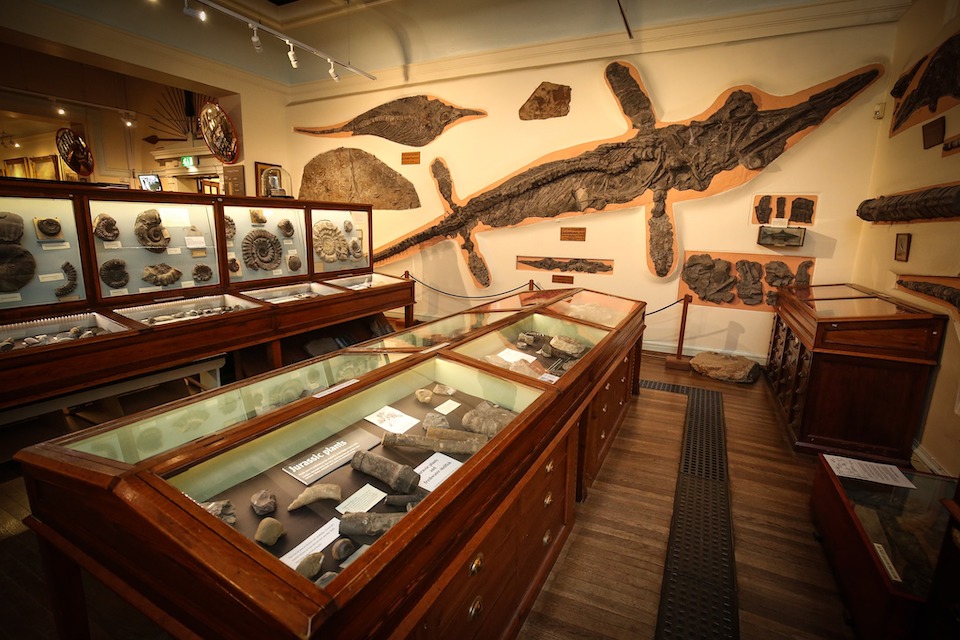 Have a day in the past at Whitby museum

‘A Museum of Treasures’ as they say so themselves, an independent Victorian museum filled with unique treasures. Currently showcasing Whitby photographer and local cultural icon John Tindale’s beautiful landscape and portrait works. Alongside an exhibition showcasing wedding attire worn in the time when Tindale would have been a wedding photographer. There are more than exhibitions at the museum though, becoming a space for innovative talks and special events, with a talk on the habitability of Mars to name but one! Prepare for the fright of your life at the Dracula Experience

The list of things to do in Whitby would be totally incomplete without paying homage to Dracula! The Dracula Experience is a unique multimedia experiencing, incorporating animation, special effects, and live actors to create a truly spooky experience. But it’s not all smoke and mirrors. The property itself dates back hundreds of years; patrons report an undeniable creepy feel to the place. With many employees rumoured to have seen several spirits and apparitions, most notably a young girl with tightly curled hair playing on the first floor. If you’re looking for a fright look no further. Trillo’s of Whitby have been scooping up luxury dairy ice cream for over a century. They’ve got perfected versions of all your favourites; mint choc chip, raspberries & cream, strawberry deluxe (both latter made with real fruit!). They’ve got some fantastic twists too, rhubarb crumble, amaretto & black cherry and their recently Instagram famous black ice cream! A goth’s dream, this charcoal-infused vanilla ice cream is paired with a matching black cone for a deliciously dark treat. Get yourself down! 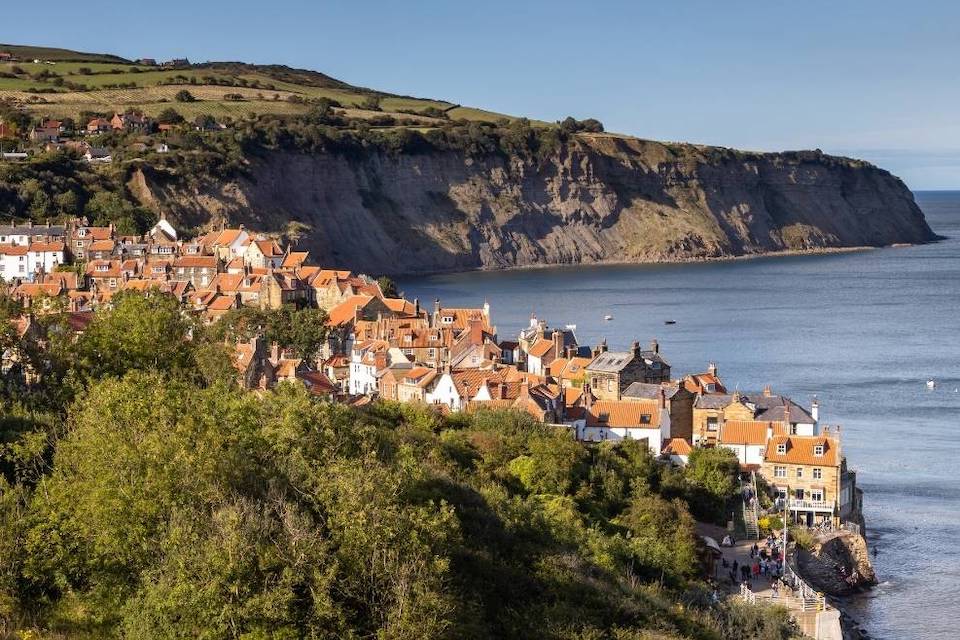 The north east coast is a crown of many little seaside gems to choose from. Only a stone’s throw from Whitby are other picturesque villages to spoil you. Robin Hood’s Bay, the epitome of the quaint seaside village with the magnificent Saltwick Bay.

Take a trip to Runswick Bay the winner of Yorkshire’s Beach of the Year in 2020. Or one of Yorkshire’s most photographed villages where the coast meets the North York Moors, Staithes. The cosiest seaside village, perfect for fossil hunting in the quaint picturesque bay.

8 of the Best Afternoon Teas in Sheffield

10 of the Best Vegan Restaurants in York